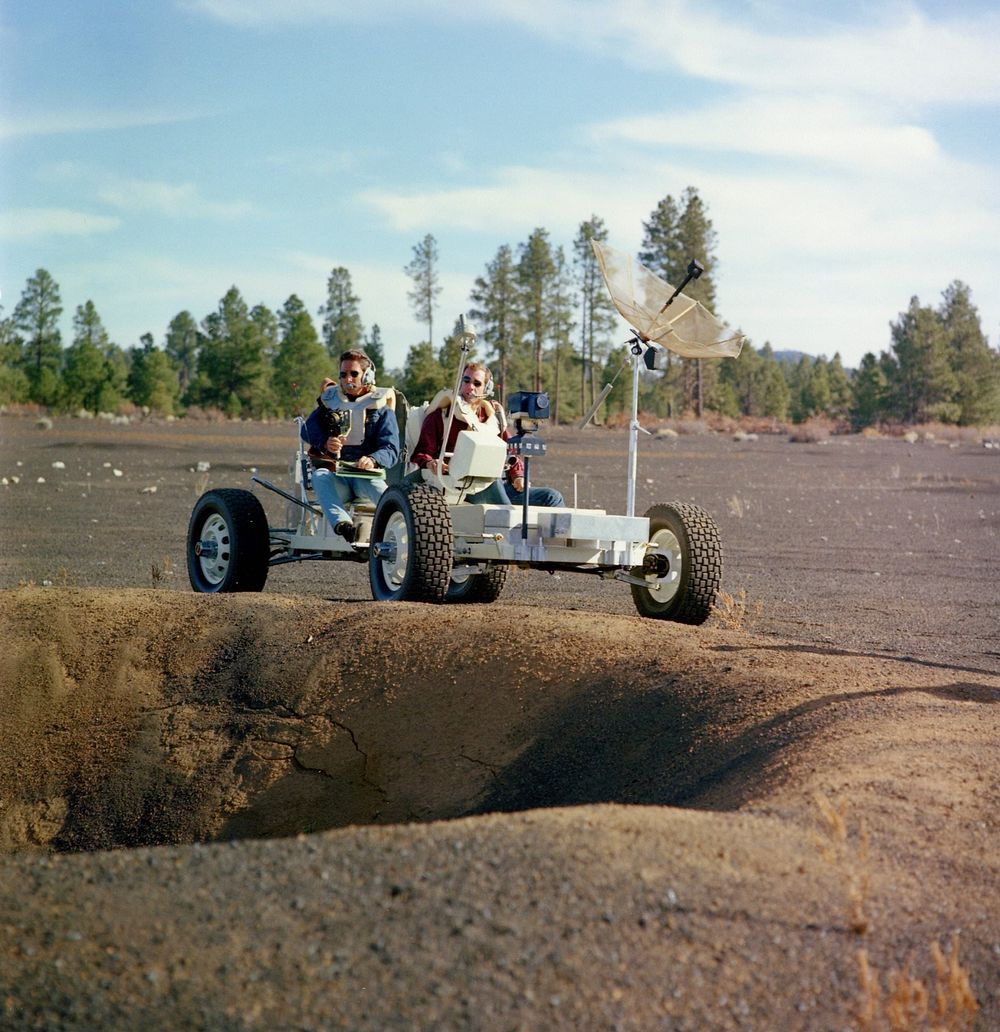 Before the Apollo astronauts set foot on the moon, they underwent a routine of rigorous training in order to prepare themselves for the mission. While much of the training took place inside classrooms, simulators and at testing facilities, NASA also gave the astronauts hands-on experience in geology and taught them how to collect geological specimens by taking them out on field trips.

To make their training as realistic as possible, the crew trained at sites on Earth that was geologically and topographically similar to the moon. The Sea of Tranquillity, where the Apollo 11 Lunar Module was scheduled to land, is a large basaltic plain formed by ancient volcanoes. There are many volcanic fields of similar age in Arizona where the astronauts could train, except for one thing—there was not enough craters.