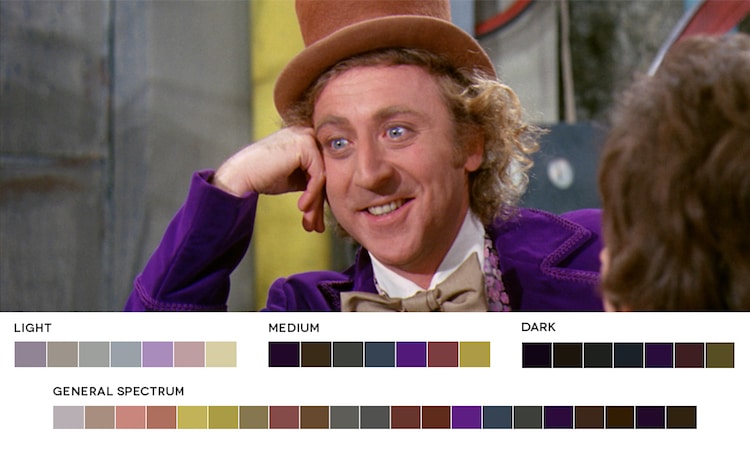 Fantastic cinematography can make a film unforgettable. When done well, it’s like every still frame is a work of art. Color plays a vital role in this, and a cinematographer’s choices set the mood of a scene. Graphic designer Ruby Radulescu demonstrates the importance of a movie’s color spectrum in a fascinating series called Movies in Color. The premise is simple: she creates detailed color palettes based on a frame of a famous film. Underneath each screen cap are the hues split up by intensity—from light to medium to dark.

The 2012 film Skyfall first inspired Radulescu’s ongoing project. “I was taken with the cinematography and use of color more-so than the story itself,” she says. “I wanted to find out what colors made up certain stills and after making a few color palettes for Skyfall, took it a step further by extending it to all films and starting a blog.”

The meticulous process has been a valuable learning experience. It requires, first and foremost, research. “I search for stills that are compositionally interesting as well as rich in color,” Radulescu explains. “I use the help of a color generator to get a very basic range of swatches.” From there, she herself adds other prominent hues. When it’s all done, the visual nuances of the frame is revealed. As a whole, the collection of palettes demonstrates powerful color relationships between the actors, props, and the overall environment.

What film’s color palettes would you like to see on Movies in Color? Radulescu takes requests. 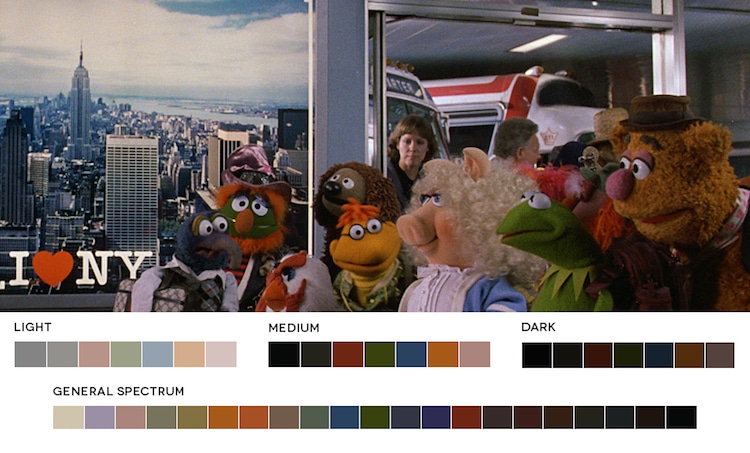 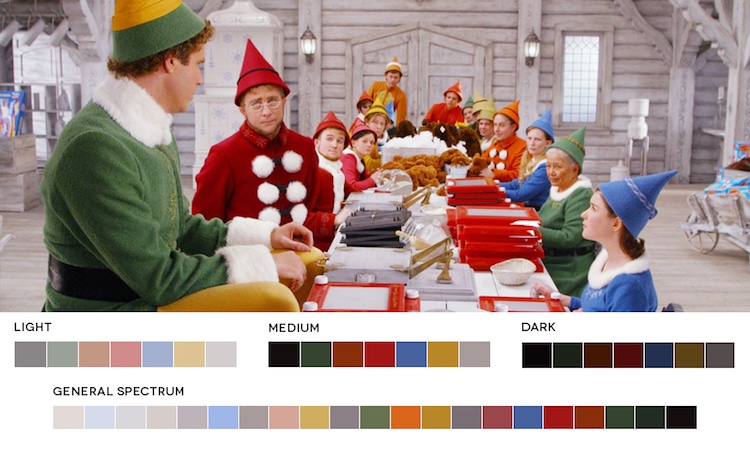 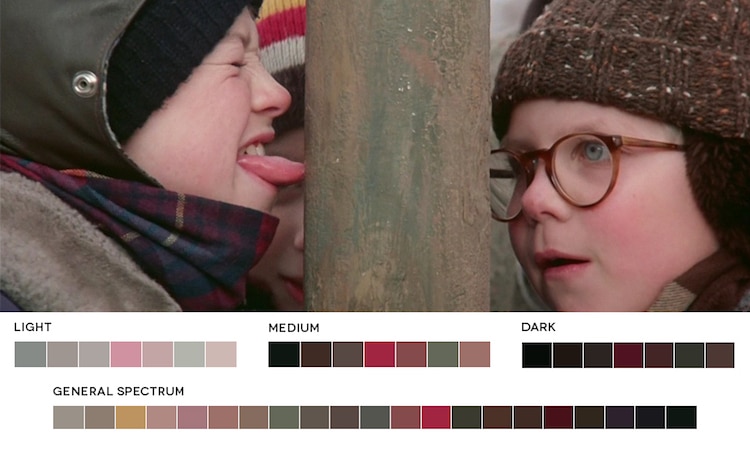 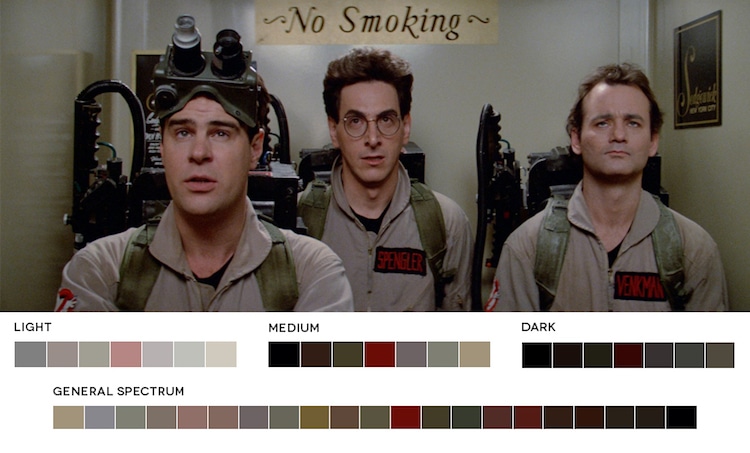 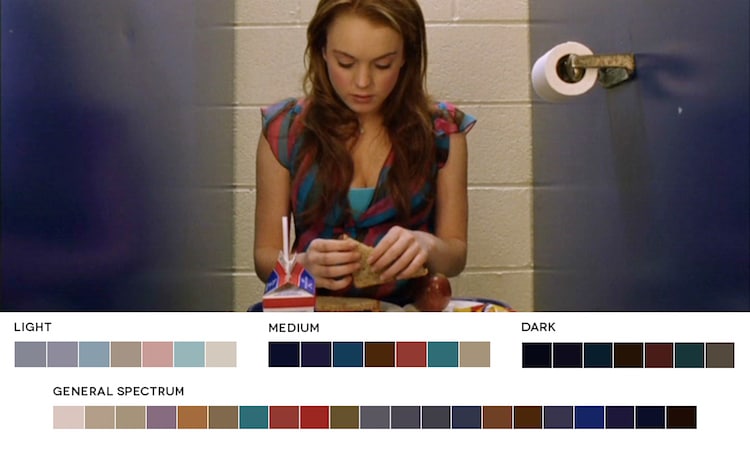 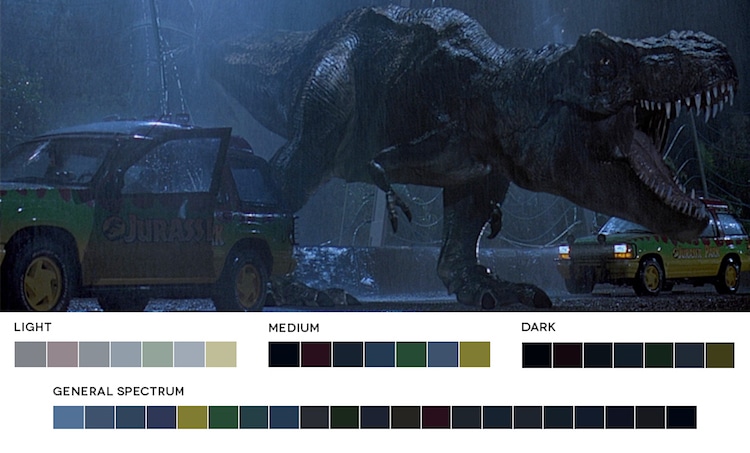 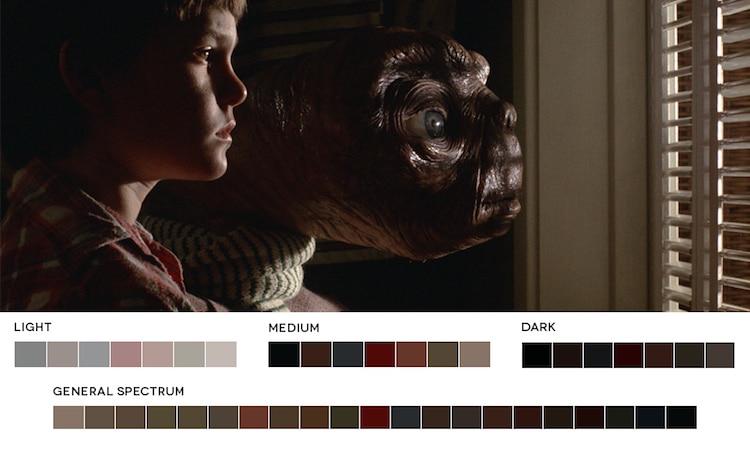 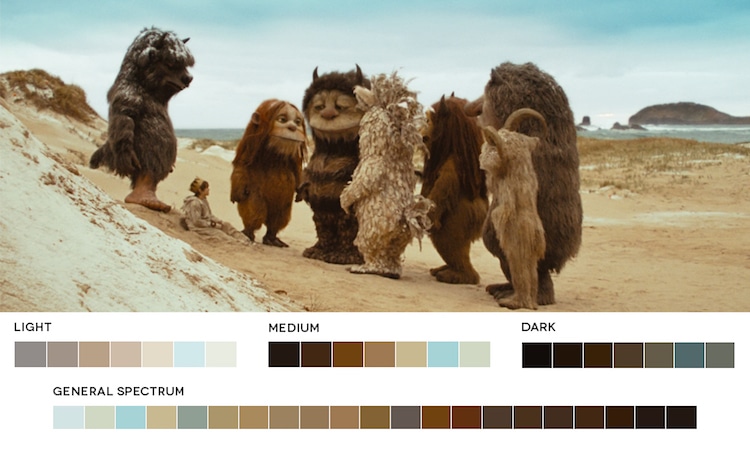 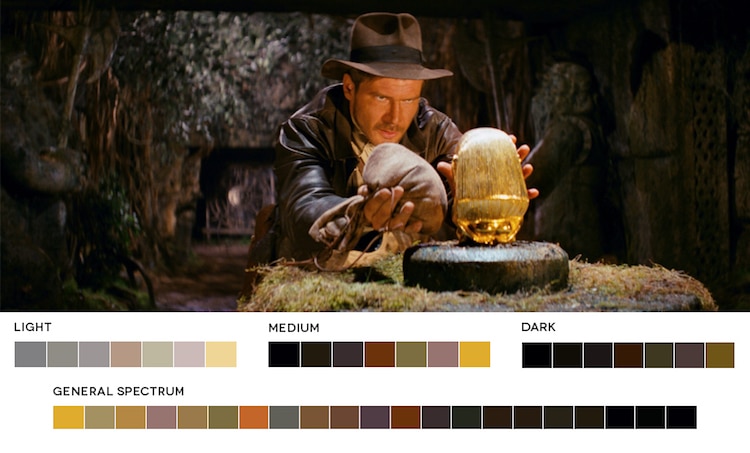 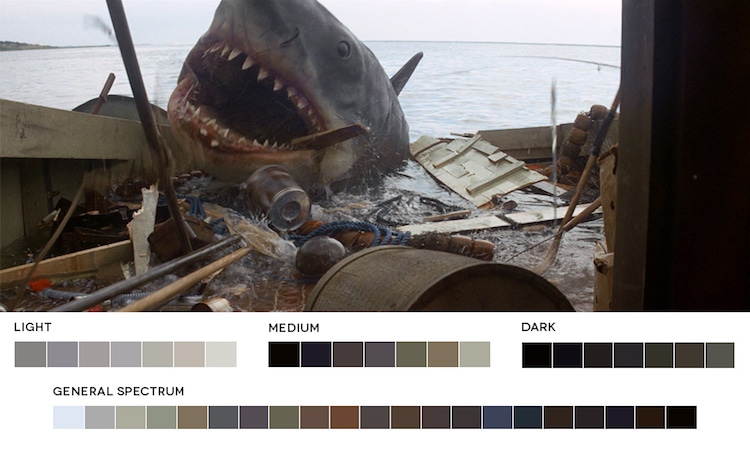 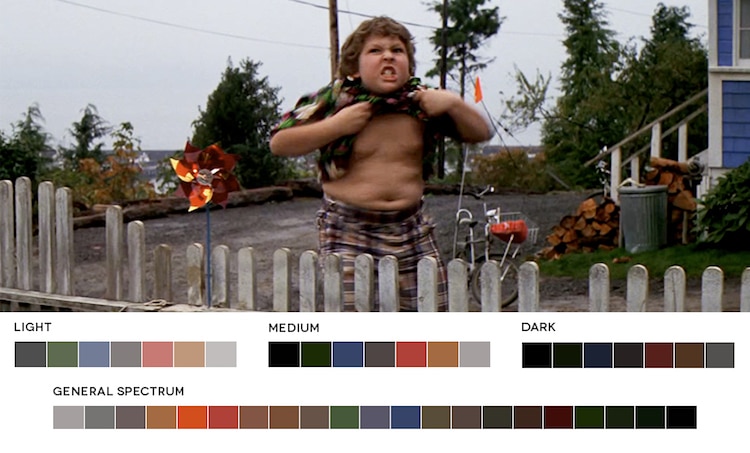 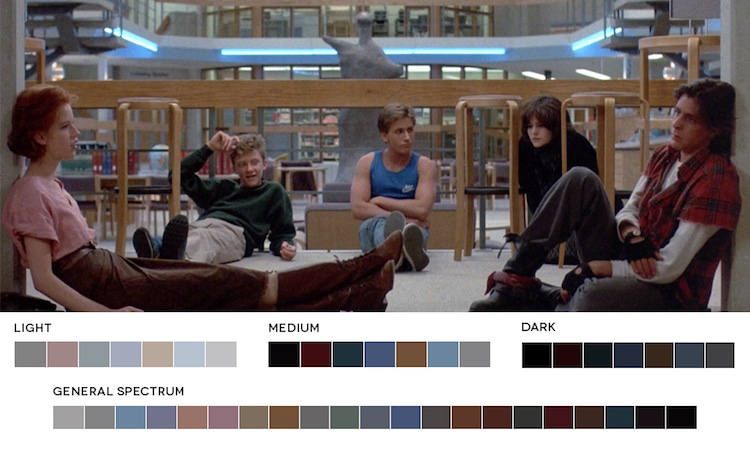 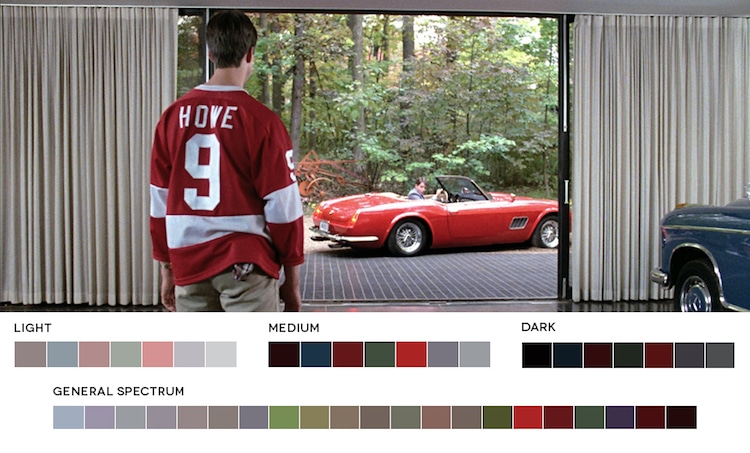 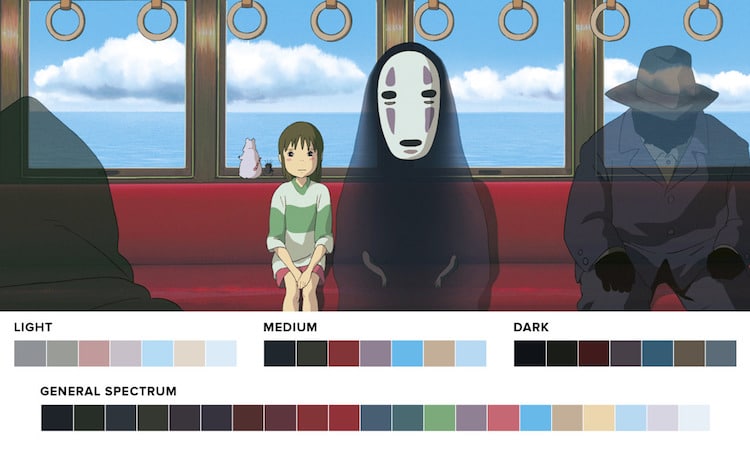 All images via Movies in Color.