The city of Saint Petersburg is one of the most beautiful cities in Russia and in eastern Europe, with a great ensemble of historic buildings, gilded palaces, and baroque bridges and churches. Founded by Peter the Great as a “window to Europe” Saint Petersburg’s has a very cosmopolitan character, unique among Russian cities, but behind all the gilt and glory lurks a darker past, going back by less than eighty years, when Hitler had the city bombed, besieged and starved during the Second World War. The siege of Leningrad (the city’s previous name), which dragged on for nearly nine hundred days, became one of the longest and most destructive sieges in history, and possibly one of the costliest in terms of casualties suffered. At least a million lives were lost as a direct result of the blockade. Inevitably, traces of the city’s past are still visible around the city in the form of memorials, museums and scars of the war. 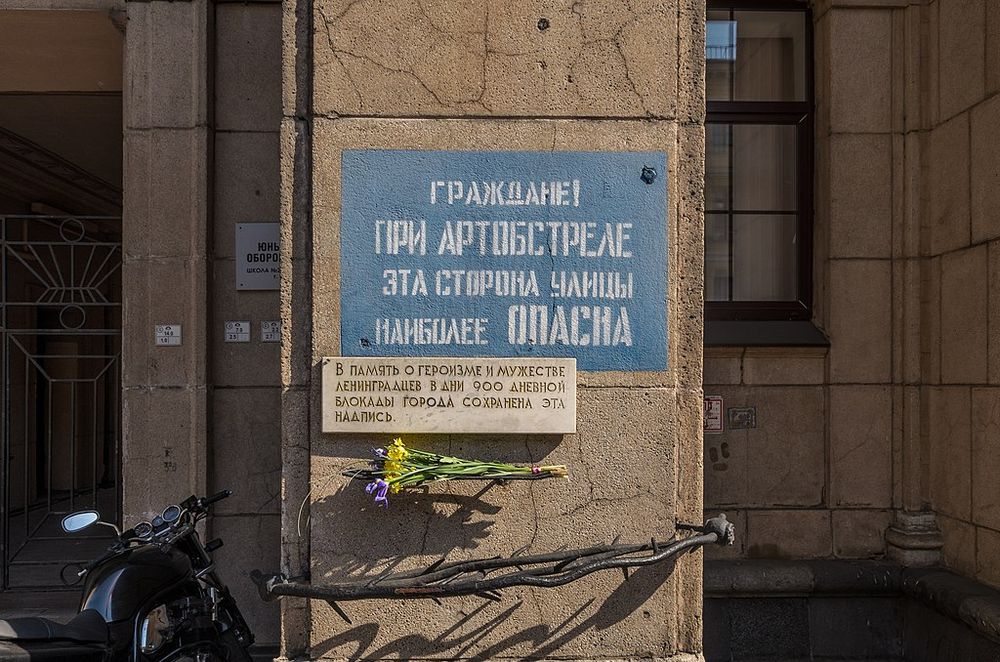 A restored stencil from the Siege of Leningrad warning citizens of dangerous areas due to German shelling. Photo: Florstein/Wikimedia Commons