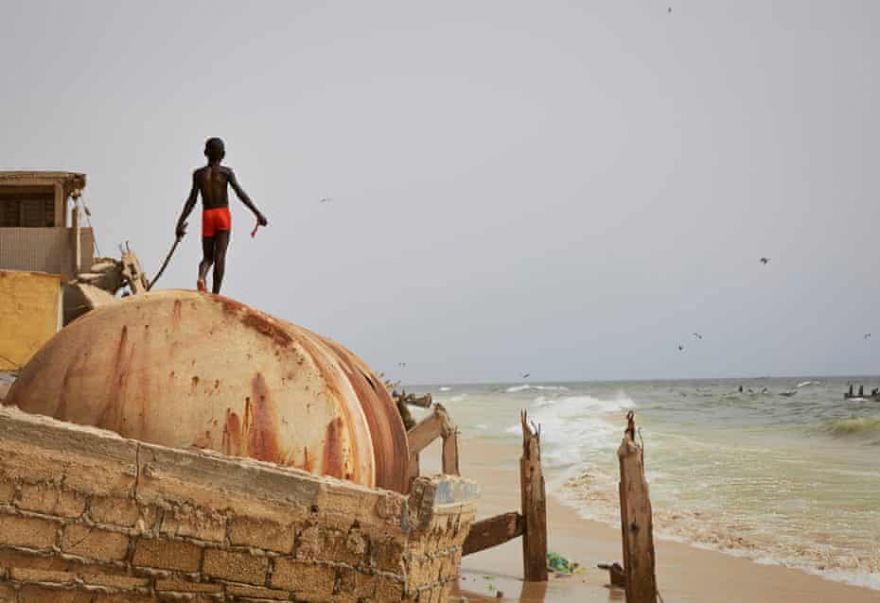 Nicky Quamina Woo’s photograph of a boy playing on a retaining wall near the sea may be one of the best examples of how climate change has affected our society. In an interview with the Guardian, the photographer shared that people in Senegal, where the photo was taken, were moving to other areas because of the rising water. She was awestruck when she saw a boy playing on the structure that was built to defend homes from the sea, as the Guardian details:

his imagination turned this structure defending his home into a playground. He’s striding above it like a king with his little stick. It captured, for me, the incredible resilience of children and the imagination of childhood. It’s an image of strength.

But it’s also tragic. In a few years, he will be forced to understand the role of that retaining wall, and he will likely have to join the thousands forced to live in makeshift homes. The ocean sustains the fishing communities, and offers a space for its children to play, but it’s now threatening to engulf the city.

Obviously this isn’t Senegal’s problem alone. I have a place in New York City and a few years ago the neighbourhood was ruined by flooding. Today, I live in Jakarta. The whole city is quite literally sinking.

Image via The Guardian