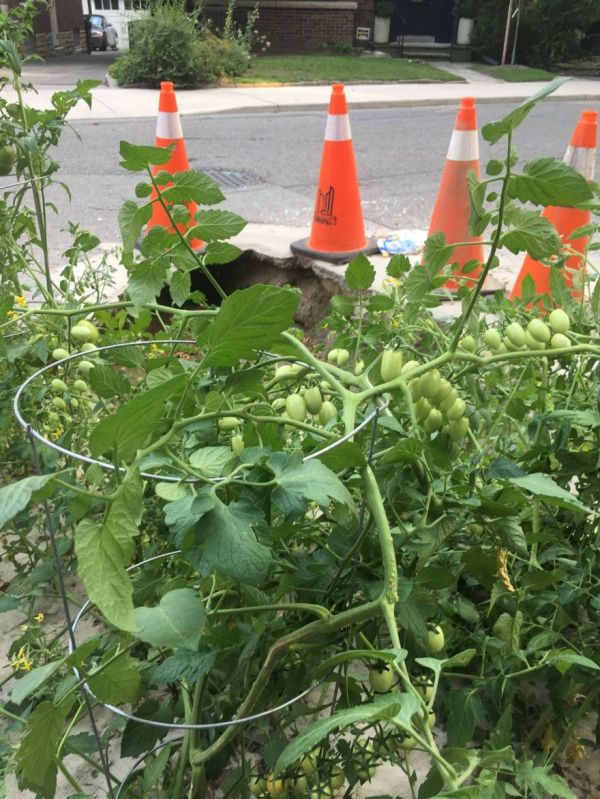 The pavement fell into a sinkhole on Poplar Plains Road in Toronto. City workers placed cones around it, but months went by with no repairs in sight. Then someone planted tomatoes in it! The neighbors began taking care of the garden, providing tomato cages and water for the plants. The plants grew and began producing tomatoes. The city continued to ignore the hole, until pictures were posted at reddit. Then CBC got hold of the story. The publicity got the attention of city officials. Last week, one day after the story hit the news, city officials were out repairing the hole. The tomato plants will be transferred to a community garden. -via Mashable