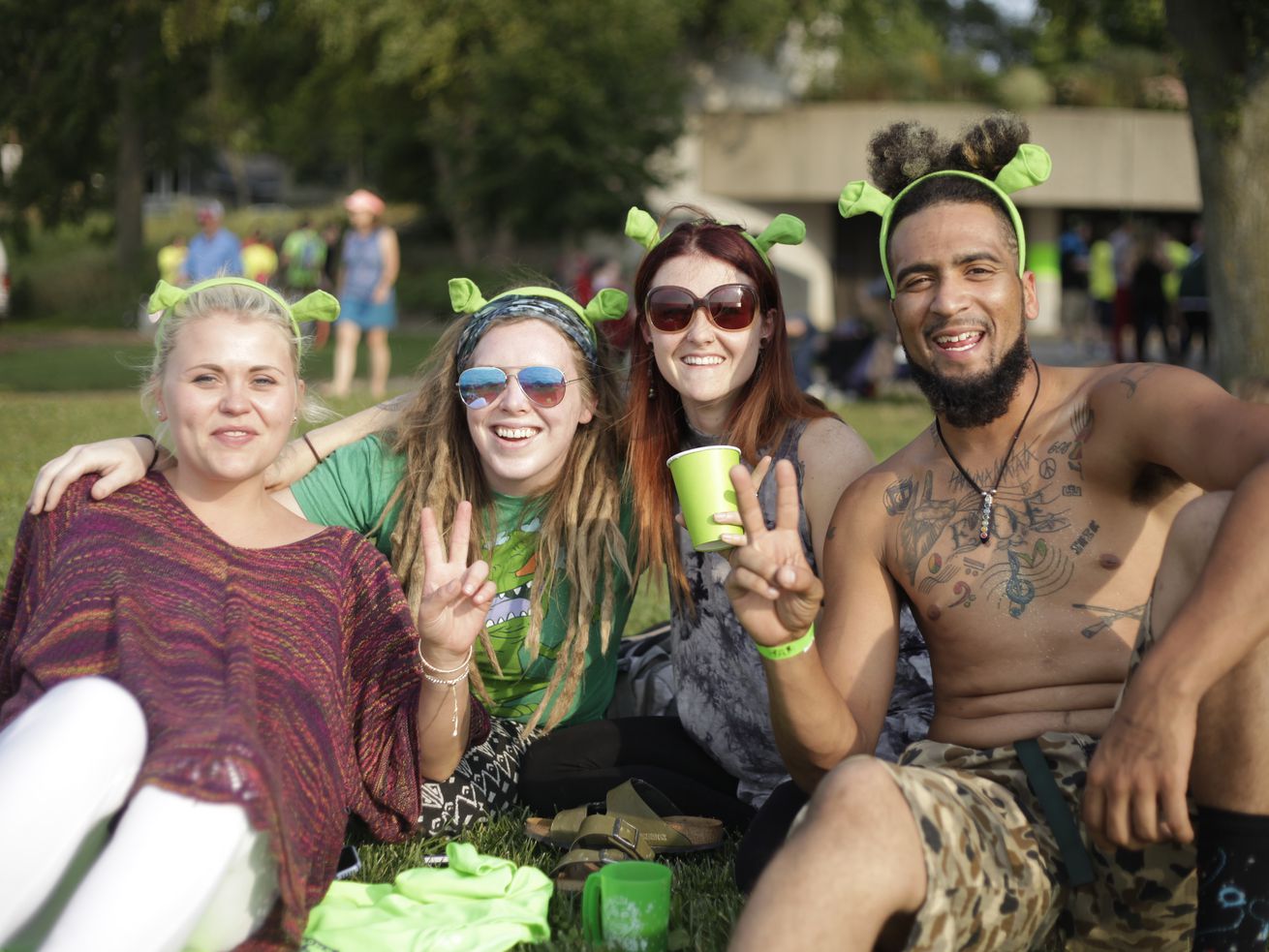 Back in 2014 the internet gave birth to something magical: Shrekfest. Although it started out as a joke it didn’t take long for it to become a real live event, because, well, who isn’t passionate about Shrek. So, in that same year, comedy troupe 3GI Industries organized the first official Shrekfest in Milwaukee, WI. In the years since, it’s become an internationally beloved event (remaining completely free to the public) that includes live music, various contests, and a screening of Shrek.

And although large social gatherings are impossible right now, the team behind the event wasn’t about to let that stop all the Shrek-tivities.

3GI Industries is bringing Shrekfest back to its roots — the internet.

This year’s festival will occur entirely on Twitch, where fans from all over the world can watch and participate while safely socially distanced in their own swamps. And! Earlier in the year, 3GI asked fans to submit their own artwork, music, and films, which will be showcased in the festival. AND! Along with a chance to win various prizes, they will be offering exclusive merch, with proceeds going to various social justice programs and organizations. AND! The livestream event will be capped off in a very special way, with a screening of the equal-parts crazy and amazing scene-for-scene remake, Shrek Retold.

If this is your first time hearing about Shrek Retold, buckle up — you’re in for a treat. Like… like an LSD-laced cupcake. That kind of treat.

Get your best ogre-face on, Shrekfest 2020 streams on Twitch this Saturday, September 19, all day long.