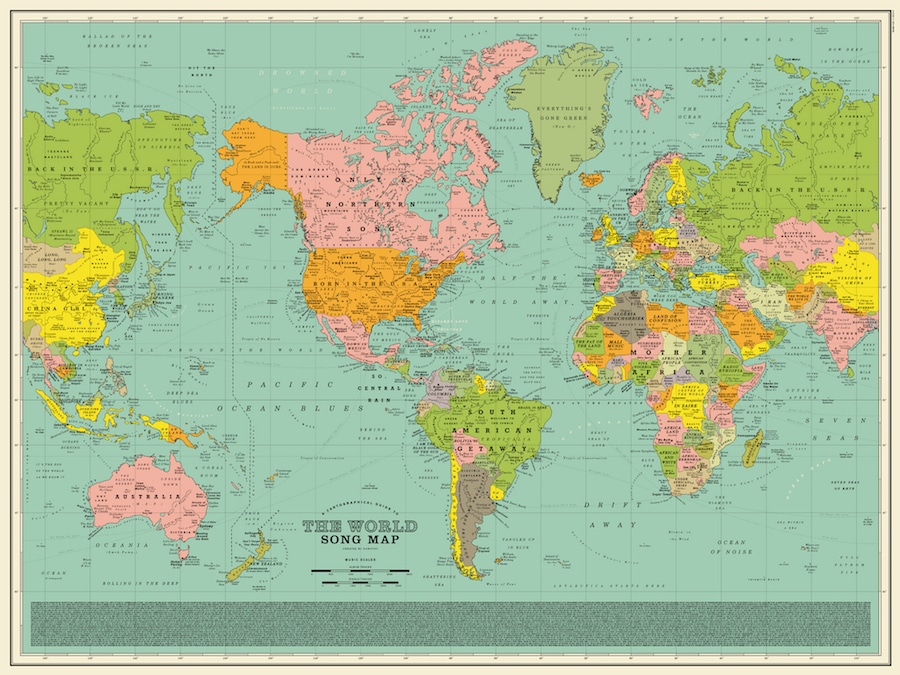 Creative house Dorothy is back at it again with their latest clever design, the World Song Map. As a follow up to their successful London Song Map, their newest creation turns their attention to the rest of the world.

The amount of detail is incredible as each continent, country, city, ocean, river and landmark is expertly named with a recognizable song. From Springsteen’s Born in the USA to The Clash’s London Calling, the map will have you firing up a new playlist in no time.

The print is designed after a vintage 1950’s wall map, with an A-Z key listing all the songs. In total, the creative design firm lists more than 1,000 songs on the map. Can you imagine how long it took to find that many songs to fill this imaginary musical world?

With more than 1,000 songs on this cleverly designed World Song Map, there’s something for everyone. 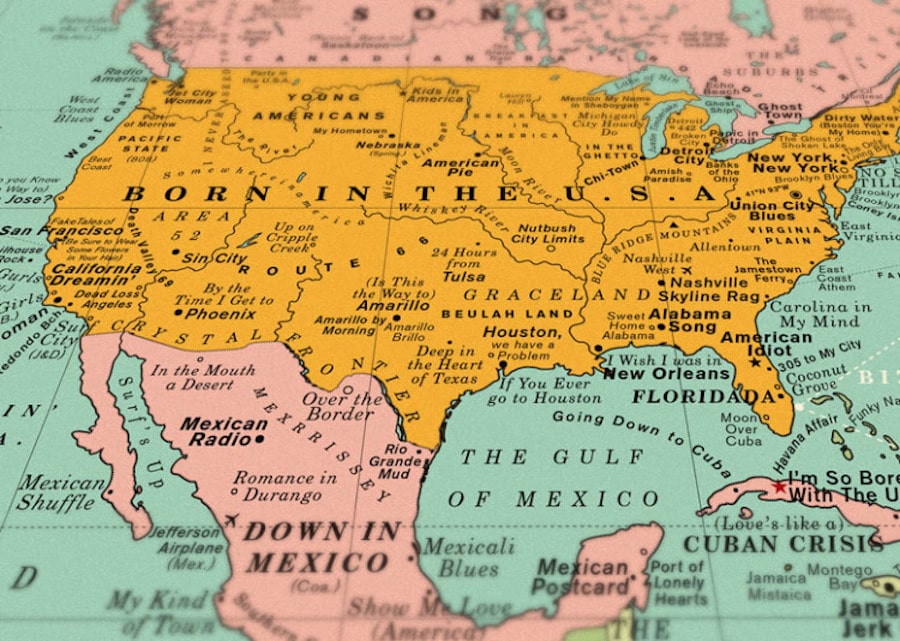 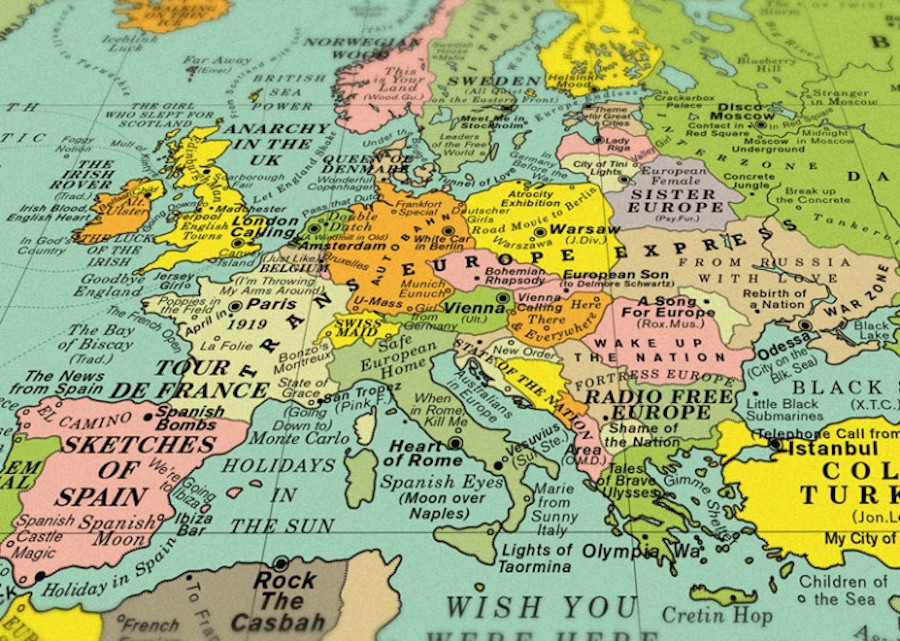 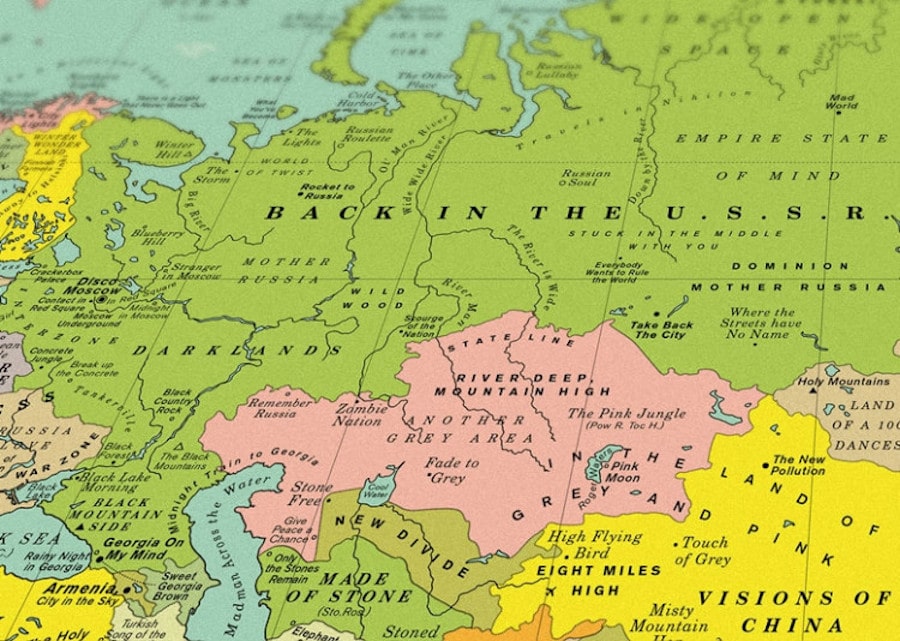 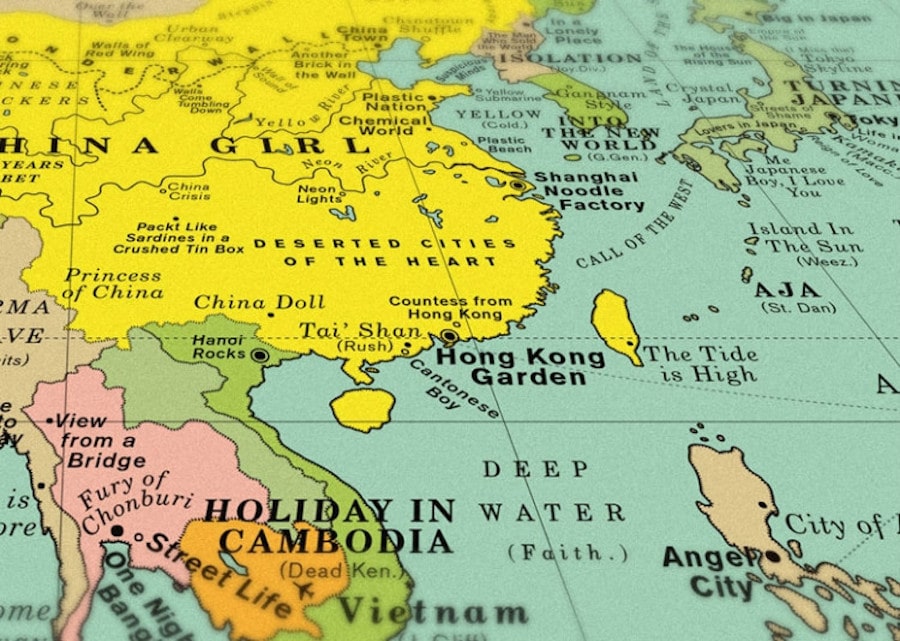 My Modern Met granted permission to use photos by Dorothy.

The post Clever Map Renames the World With Over 1,000 Song Titles appeared first on My Modern Met.