Meet Sarah LeMoine, a fourth-year media and communications college student and TikTok creator who sparked an important debate on sexualization in children’s cartoons.

Her recent TikTok video captioned “Spongebob Is Cancelled” which amassed 7.7M views exposes the indecent references hidden in plain sight in Nickelodeon’s children’s cartoon that many generations of kids grew up with.

LeMoine’s research started with a class assignment for her “Children, Advertising, and Consumer Culture” course. Along with her classmates, she was assigned to prepare a group presentation reflecting on children, advertising, and sex.

But the TikToker couldn’t believe the discoveries she made in the multiple shows we all watched as kids, so she decided to share them with the viewers. A debate in the comments ensued, so pull your seat closer.

While doing the class assignment, college student Sarah LeMoine discovered an abundance of sexual references in popular children’s cartoons she shared them on TikTok 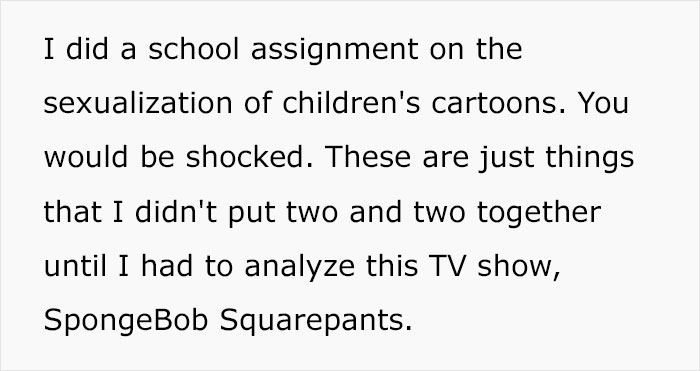 First, the student broke down the findings she made in “Spongebob Squarepants” 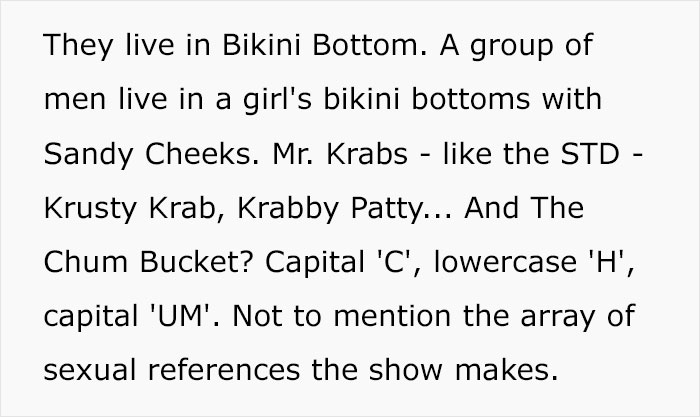 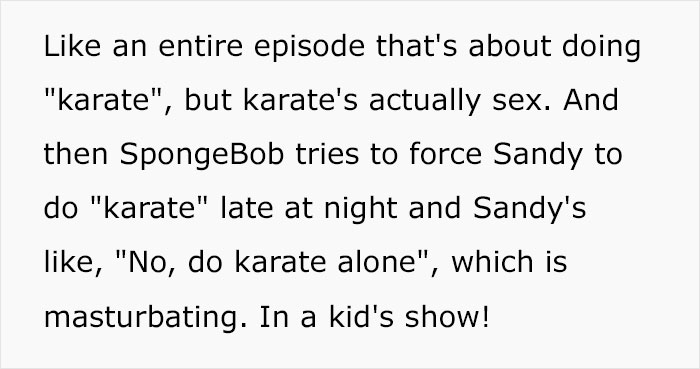 Together with her assignment group, LeMoine did a form to find out what people think of these characters and the results were just as shocking 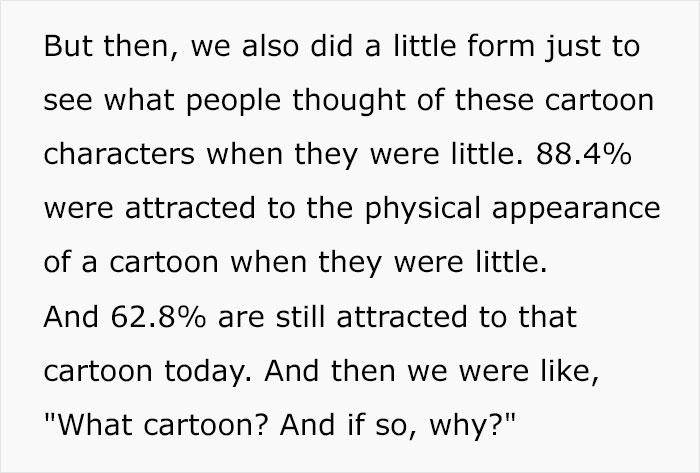 So she revealed the results and shared which particular characters were sexualized and how, and “Spongebob Squarepants” was far from the only cartoon 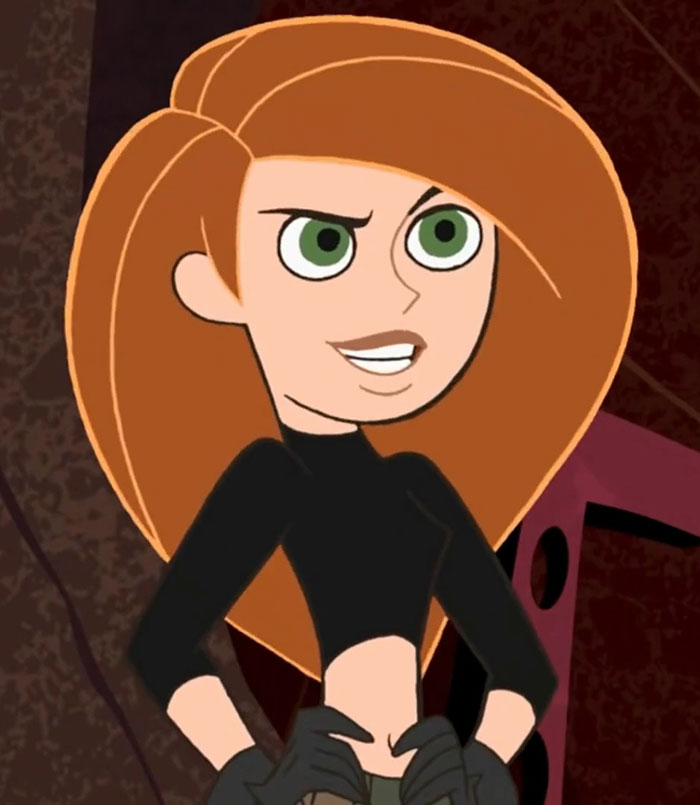 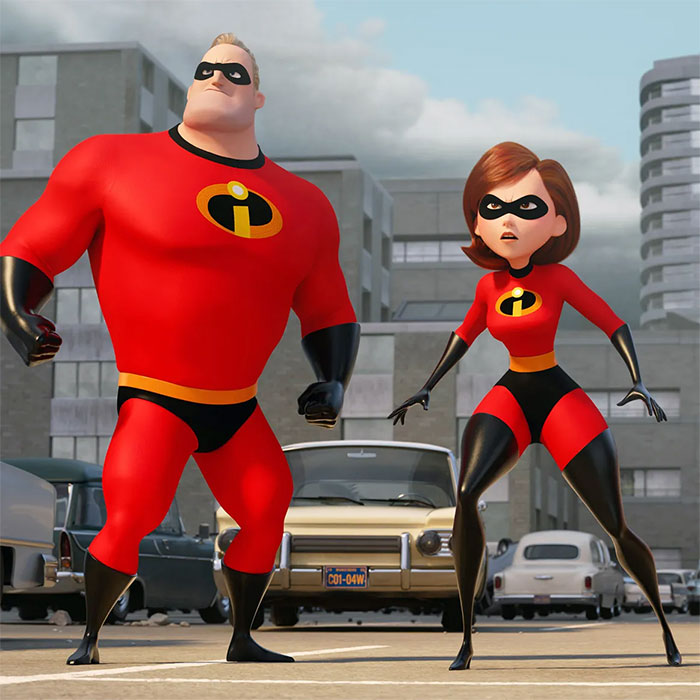 The student  also shared some thoughts about the whole assignment 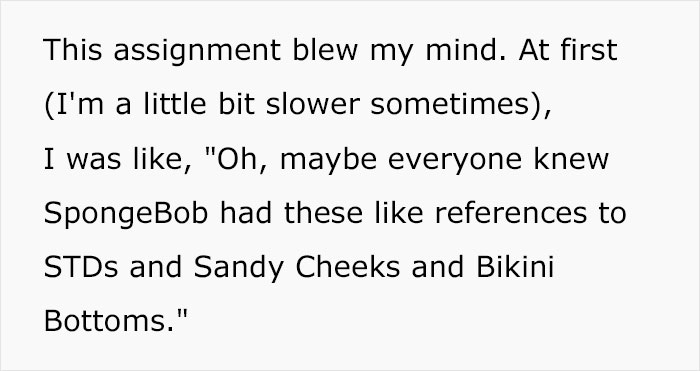 This is the viral video the TikToker posted on her channel, amassing 7.7M views

The post College Student Breaks Down The Sexualization Of Kids’ Cartoons That She Never Realized As A Child, Receives Mixed Reactions first appeared on Bored Panda.