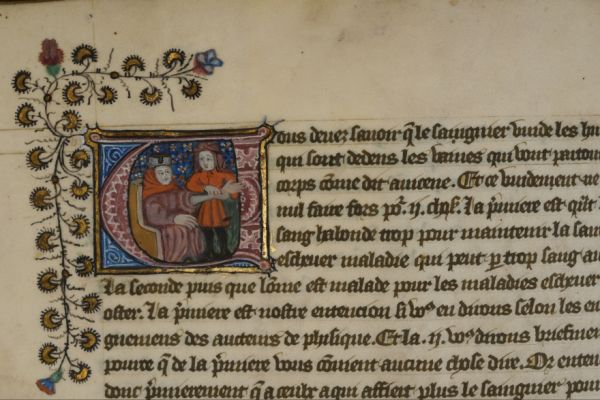 A new project at Cambridge University, funded by Wellcome, seeks to digitize more than 180 medieval manuscripts containing the state of medicine of the time. These manuscripts go back a thousand years, but most are from the 14th and 15th centuries. The difficulty of this project lies in the fact that the original volumes are crumbling, and those that are in English are in Middle English, which is not all that easy to translate. Others are in Latin or French, but still need to be translated through a lens of time. But these manuscript contain around 8,000 medical recipes of the time when medical cures were often just wishful thinking. Some of them seem to fall into the category of “giving the sufferer or his family something to do.”

One treatment for gout involves stuffing a puppy with snails and sage and roasting him over a fire: the rendered fat was then used to make a salve. Another proposes salting an owl and baking it until it can be ground into a powder, mixing it with boar’s grease to make a salve, and likewise rubbing it onto the sufferer’s body.

To treat cataracts – described as a ‘web in the eye’ – one recipe recommends taking the gall bladder of a hare and some honey, mixing them together and then applying it to the eye with a feather over the course of three nights.

The project, expected to take two years, will result in an online database that anyone can access. Read about this project at the University of Cambridge. -via Damn Interesting