The St John and All Saints Church in the town of Easingwold, in North Yorkshire, England, dates to the 13th century, or perhaps even earlier. It’s a typical mediaeval-era English parish church with stone walls and slate roof and large Gothic three-light pointed windows. Inside the church is a 17th century communion table with 'gouty' legs and a curious addition—a coffin.

The oak coffin in question is undeniably old, and dates back to the time when families who were too poor to afford coffins for the dead were offered the service by the church. The dead was placed in the coffin and carried to the gravesite, where the corpse was removed and placed in the grave. The coffin was then returned to the church where it awaited its next customer. 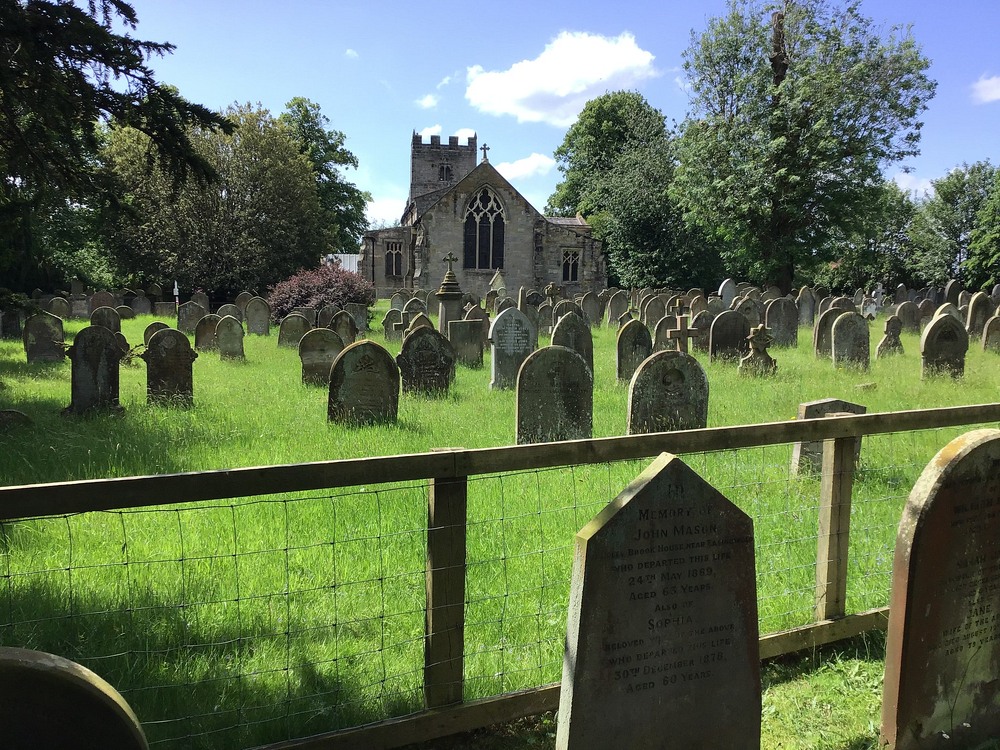 The graveyard behind St John and All Saints Church in Easingwold. Image credit: Michael Livsey/Flickr