Job interviews can be stress-inducing. We always want to make sure we arrive on time, are as prepared as possible and make a flawless first impression. As candidates, we tend to be extremely concerned about what the interviewer thinks of us, but sometimes interacting with a hiring manager can actually make us lose interest in a position.

Last week, the “F*ck You I Quit” Twitter account posted a screenshot of a hiring manager rejecting an applicant via email, and it caused some stir with their audience. F*ck You I Quit has over 160k followers on Twitter with a bio stating their mission: “highlighting workers’ conflicts with poor management and corporate greed”. Below, you can read the frustrating email as well as responses from Twitter users infuriated by the lack of professionalism displayed. And after reading this piece, if you’re looking for more awful employer stories, check out a couple other Bored Panda articles here and here.

Last week, the F*ck You I Quit Twitter account shared a screenshot of an unprofessional rejection email that was sent to a job candidate 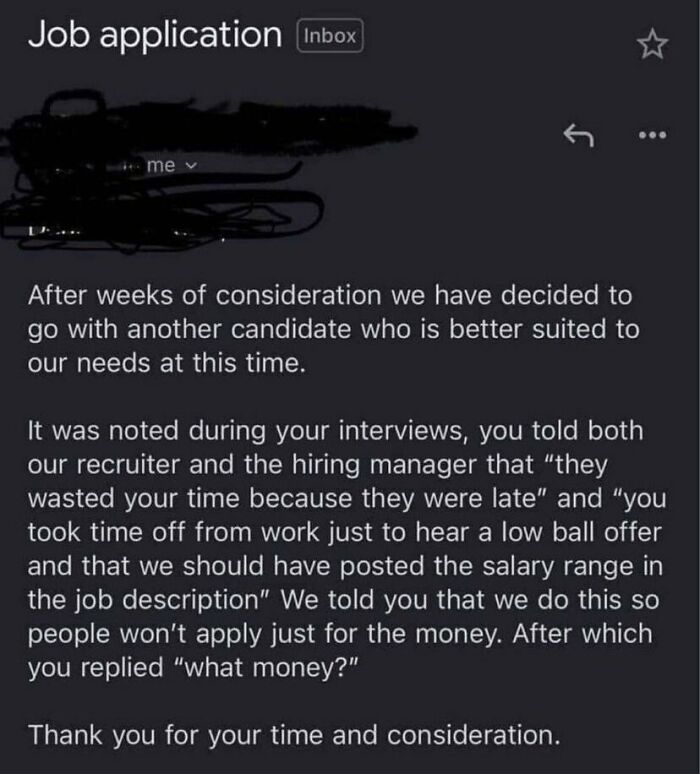 A recruiter and hiring manager arriving late to an interview is unprofessional enough, but expecting employees to work for an incentive other than pay is just unrealistic. Lack of salary transparency is a common issue, but it’s unfair to employees. According to a report from Salary.com, only one in four employees say their employer is open about pay, and one third don’t think they’re paid fairly compared to their colleagues.

In recent years, workers have been encouraging each other to start openly discussing their wages to prevent discrimination and shrink pay gaps. In the United States, white women still earn an average of 79% what white men make, and the rates are even worse for women of color. When employees have no idea what their coworkers are being paid, it’s hard to prove that a company is contributing to the wage gap.

According to Time Magazine, salary transparency is still uncommon in the private sector. “About 17% of private companies practice pay transparency, while 41% discourage and 25% explicitly prohibit discussion of salary information.” It’s speculated that companies fear wage transparency because it will be “difficult to hire talented staffers at lower rates”, and that pay rates could be taken out of context. But employees deserve honesty, and they’re entitled to the income their skill levels warrant. 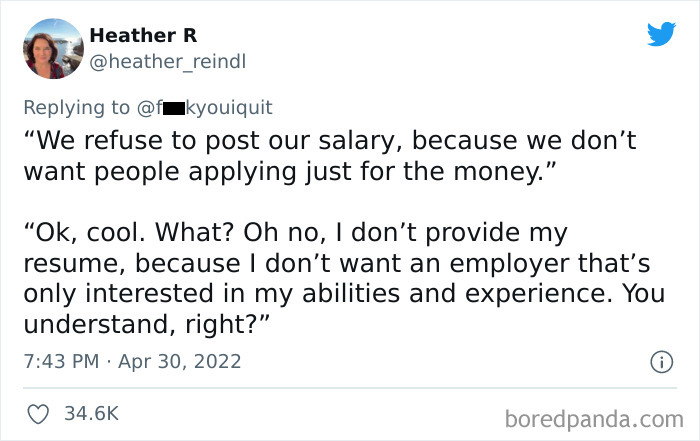 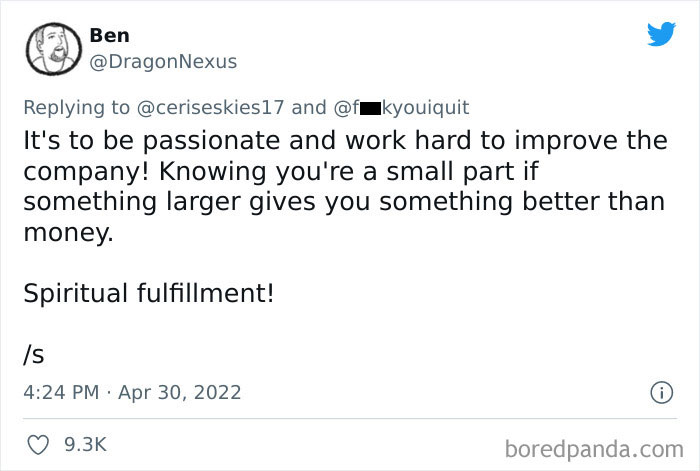 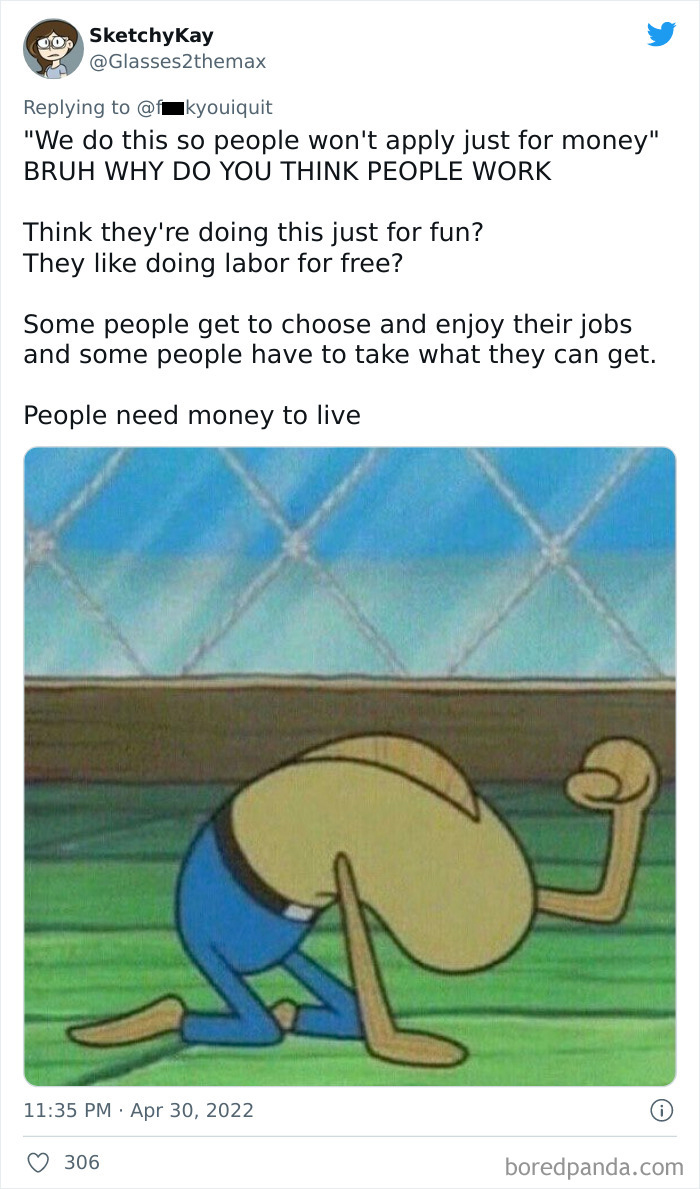 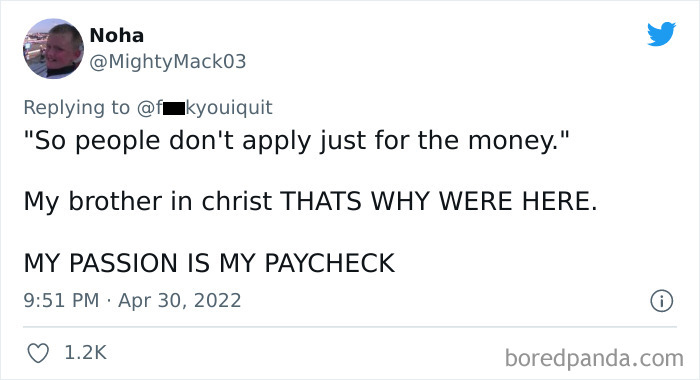 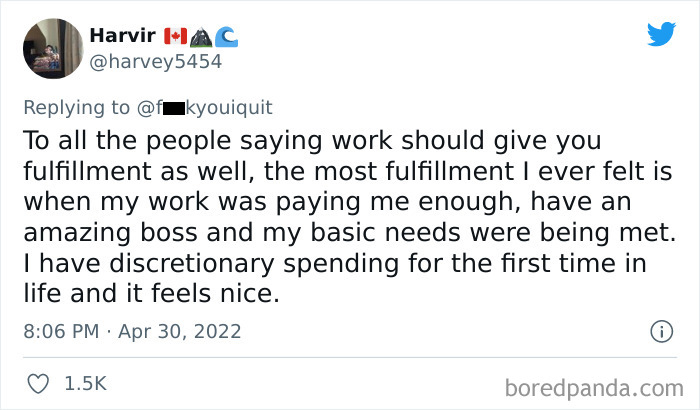 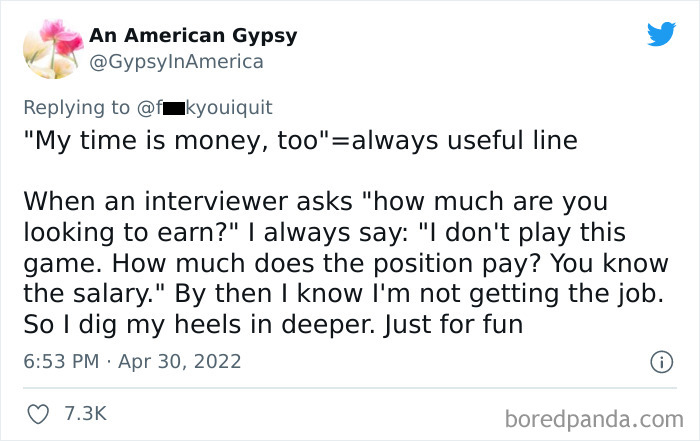 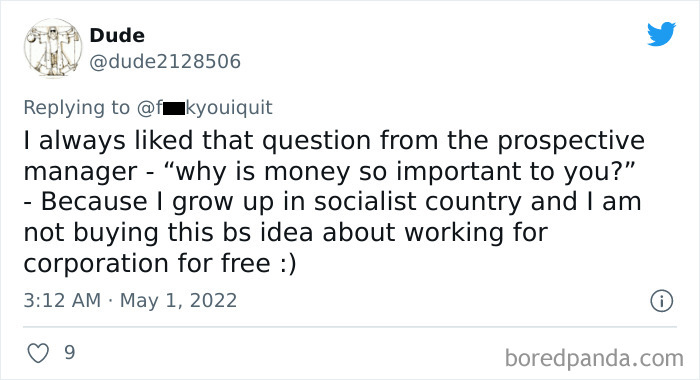 Luckily, times have started to change. New York state is one of the latest locations to enact new pay transparency laws this year, requiring “any company with more than four employees [to] disclose salary ranges for all job postings”. This must include the “minimum and maximum annual salary or hourly wages”, or businesses can be served with a substantial fine. Current employees will also be able to sue employers who “violate the law related to jobs, promotions or transfer opps”.

It’s time companies begin looking out for employees and stop trying to squeeze as much labor out of workers as they can for the lowest rates possible. Salary transparency should be the minimum requirement in job postings to save everyone involved from wasting time. If you’re concerned about pay gaps around the globe or have experience with unprofessional hiring practices, we’d love to hear your thoughts in the comments section below. 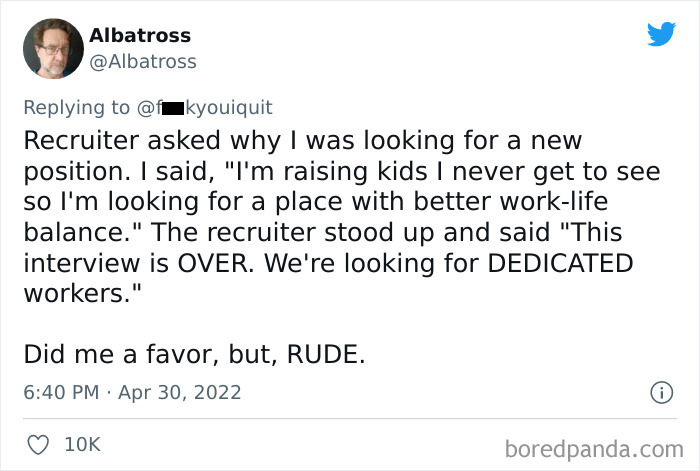 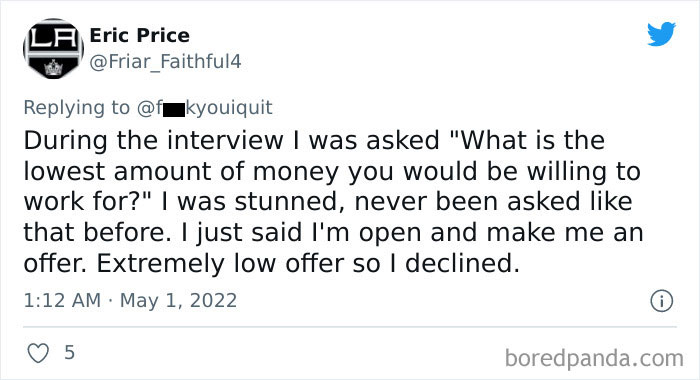 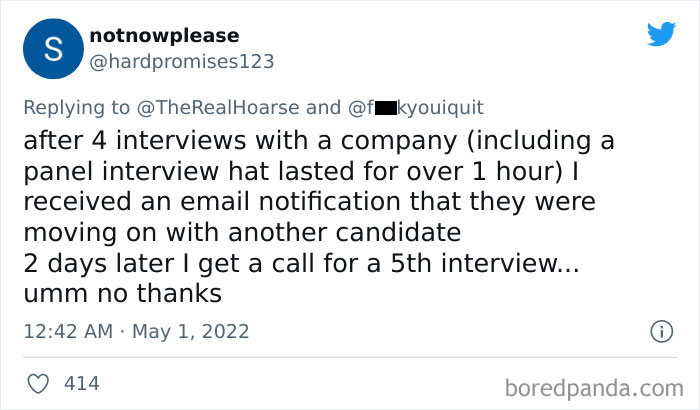 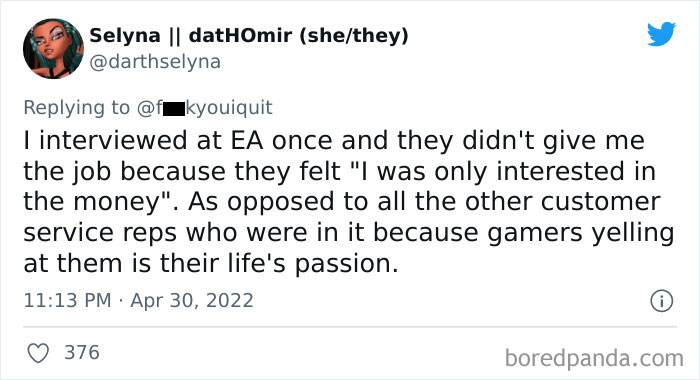 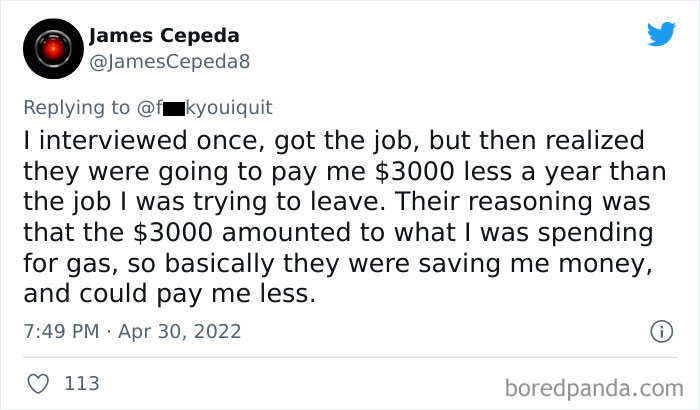 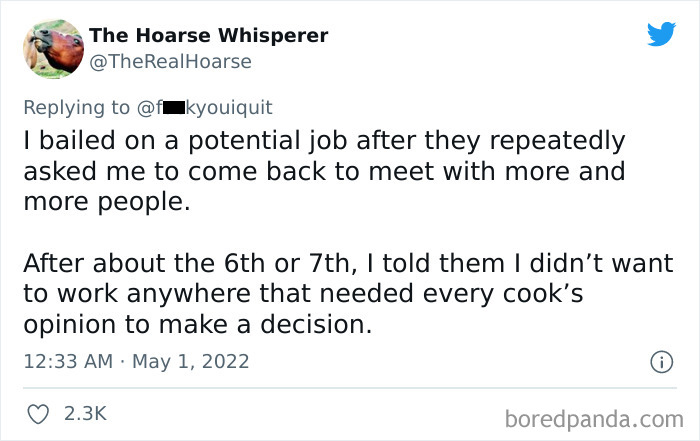 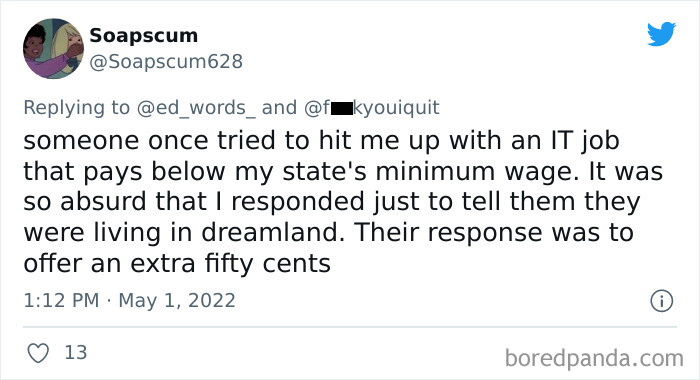 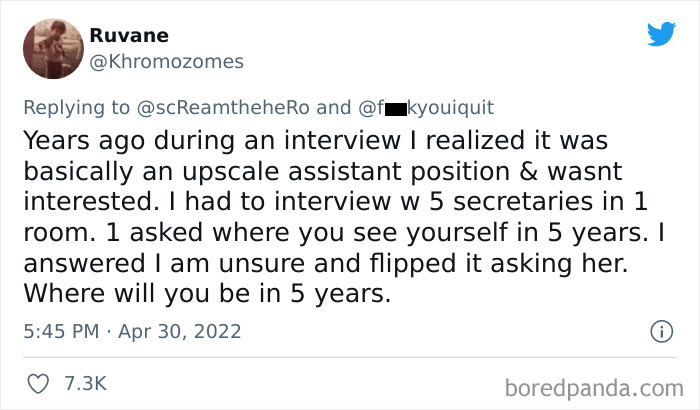 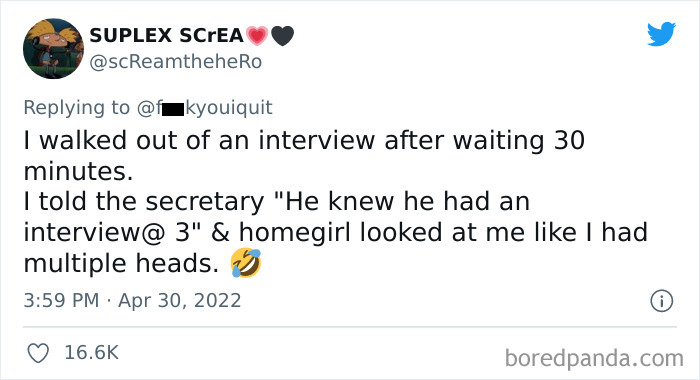 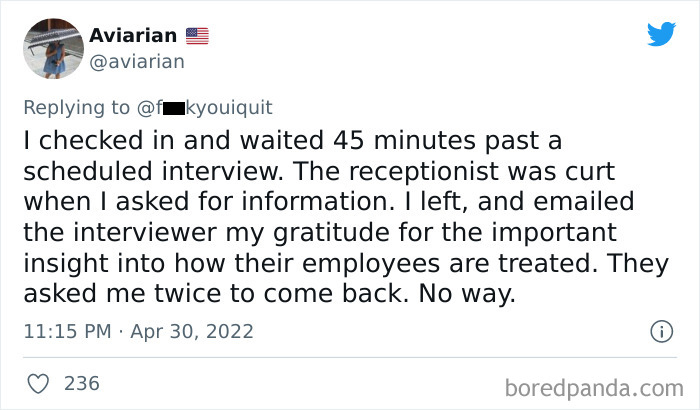 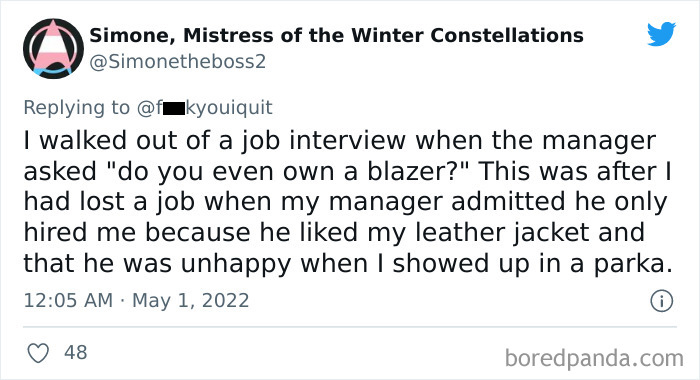 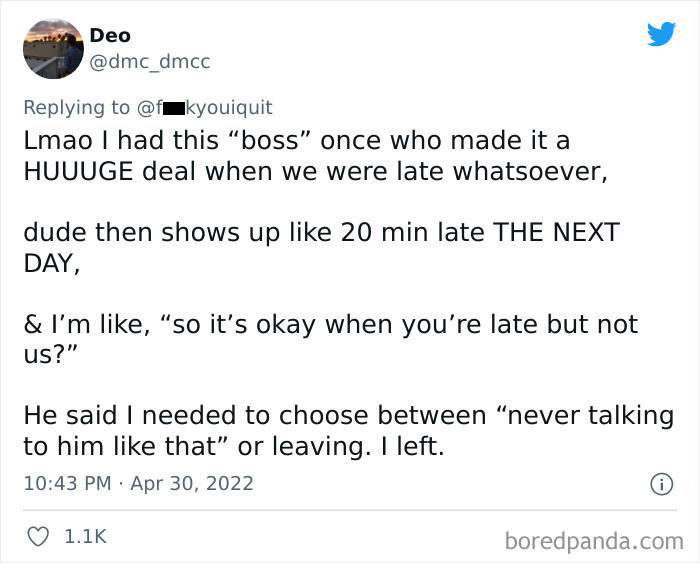 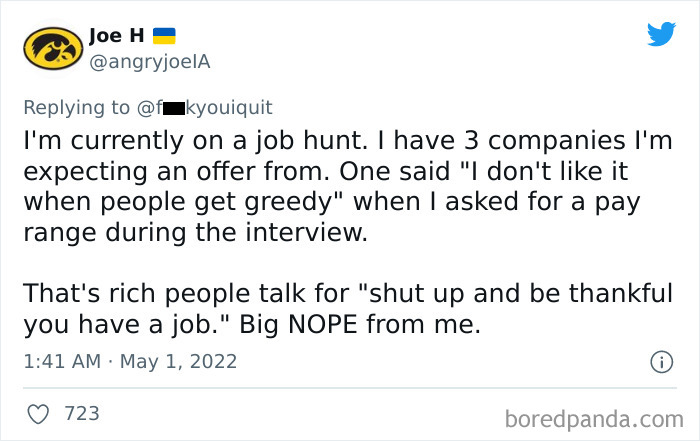 The post Company Is Being Roasted On Twitter For Rejecting A Job Applicant For Applying “Just For The Money” first appeared on Bored Panda.