It seems that nightmarish post-two weeks’ notice scenarios have become a running trend. A week ago, it was a boss who fired the guy on the spot simply for handing in his resignation letter. This time, it’s a supervisor who made a worker’s next two weeks a living hell.

As the user by the name of ‘TheKittensAreMelting‘ shared in his infuriating r/antiwork story, the reaction to his departure from work wasn’t what you’d call appropriate. Not only did his superior switch up the schedule so that he would be forced to work from sun up to sun down, but he’d also held the poor guy’s days off hostage, demanding only one thing in return — that he would stay.

Making changes in your career can be scary 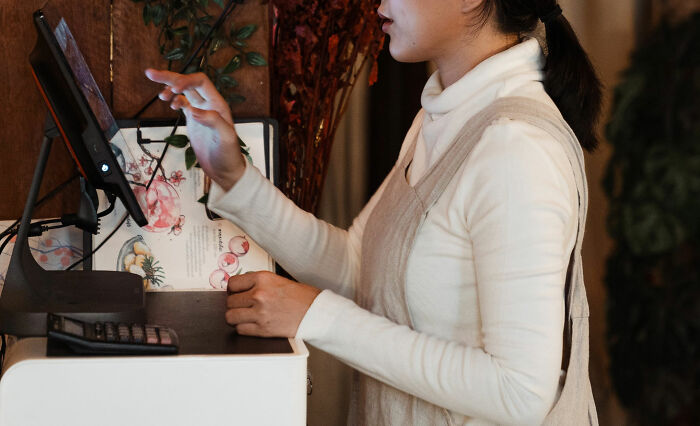 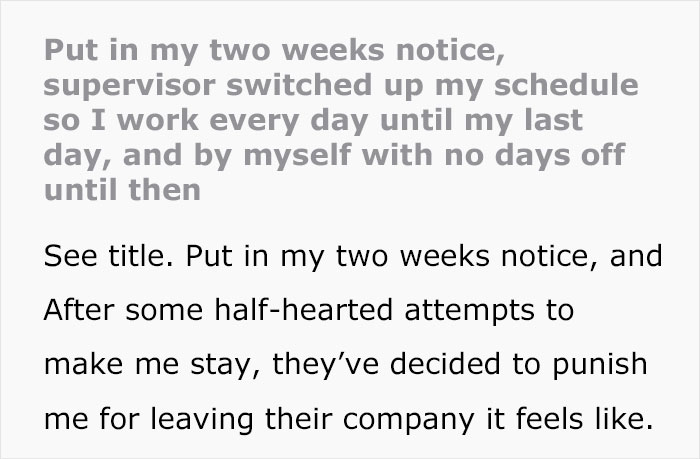 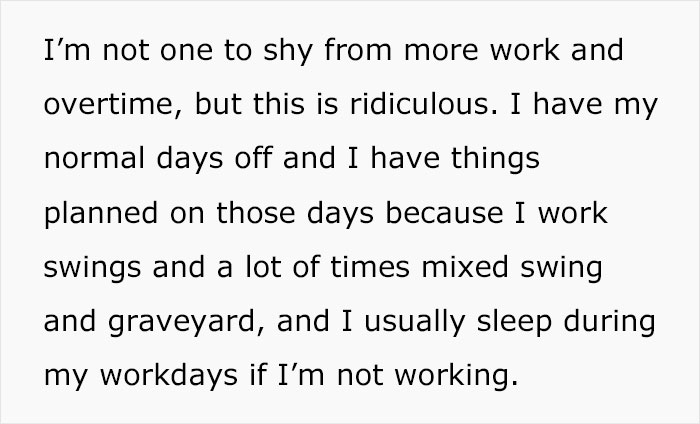 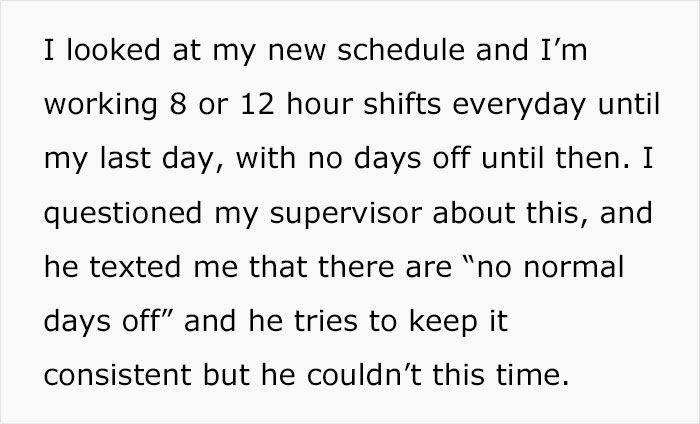 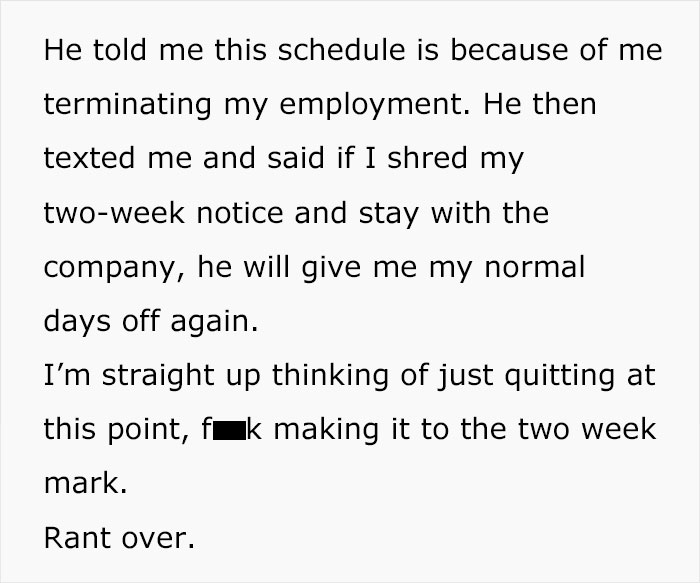 Supportive responses inspired the author to take some action 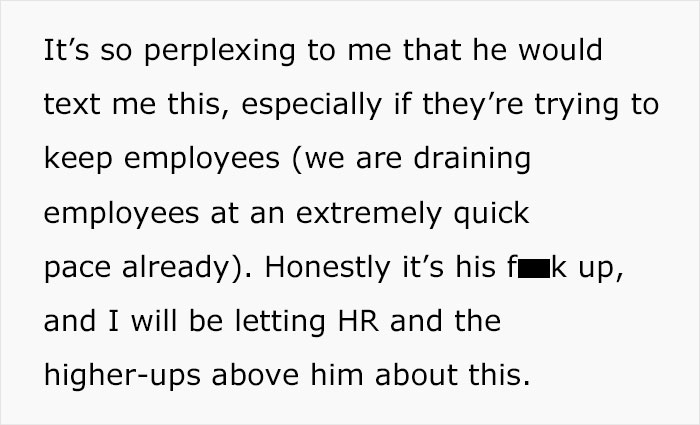 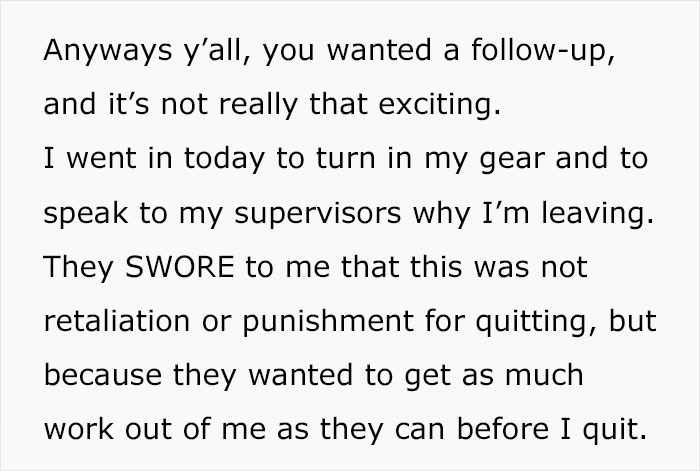 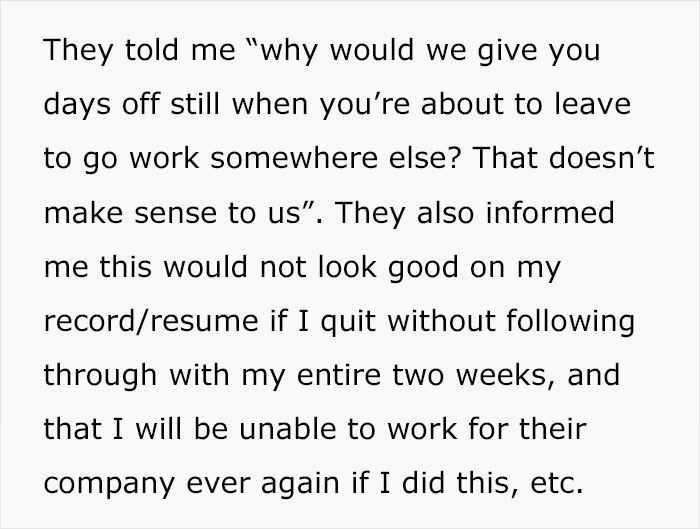 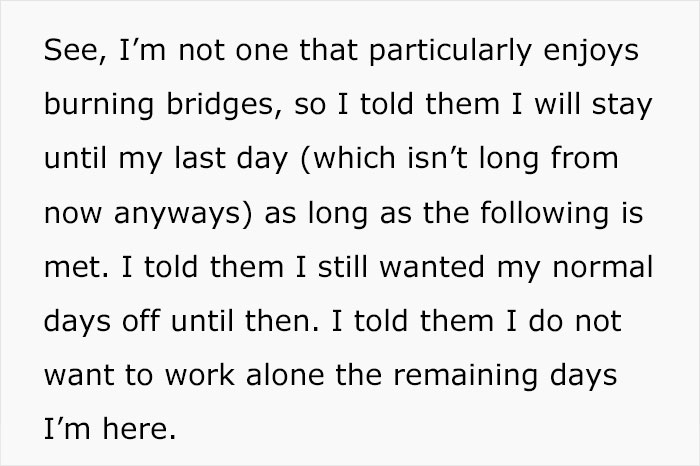 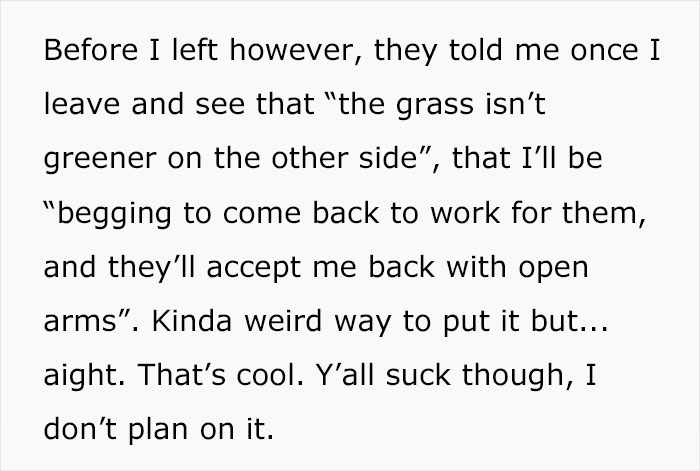 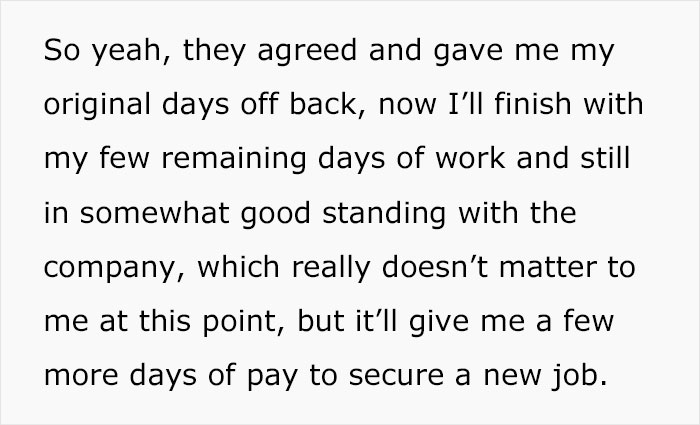 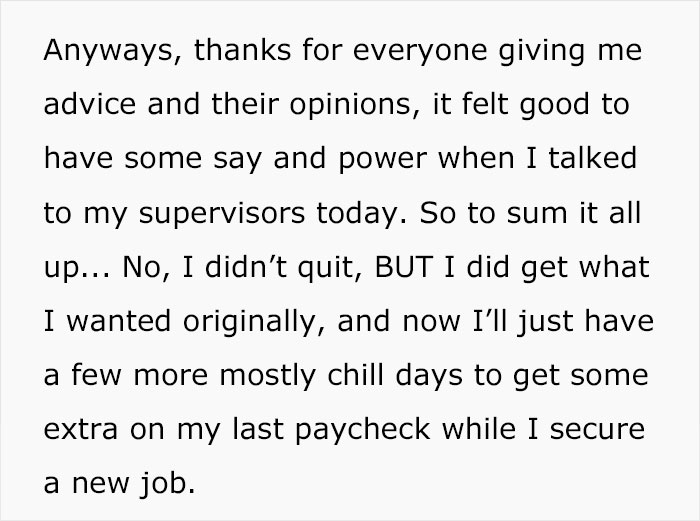 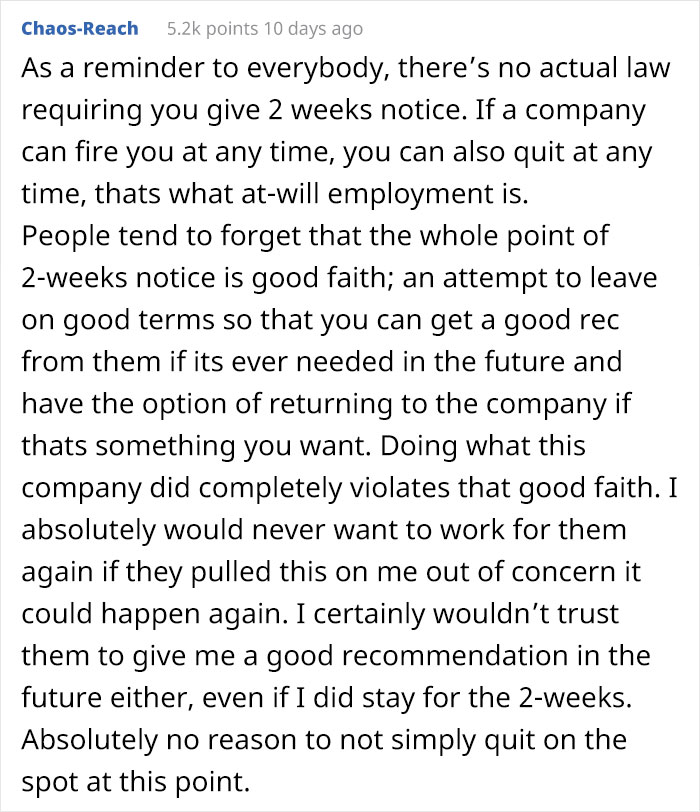 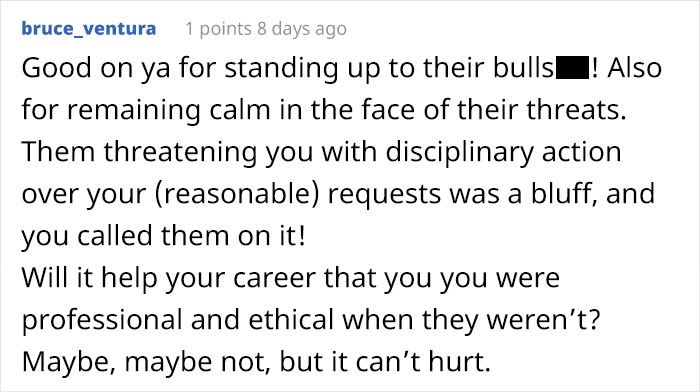 The post Company “Punishes” Employee For Leaving By Giving Them Work Everyday For Two Weeks first appeared on Bored Panda.