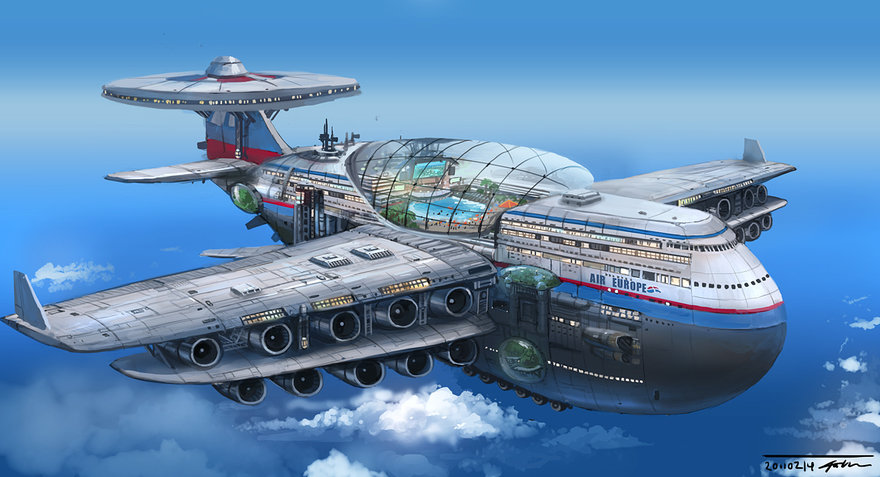 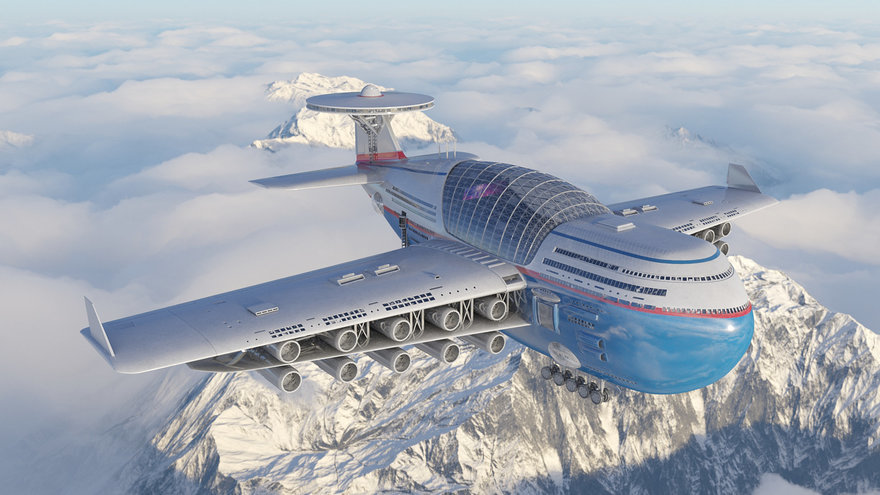 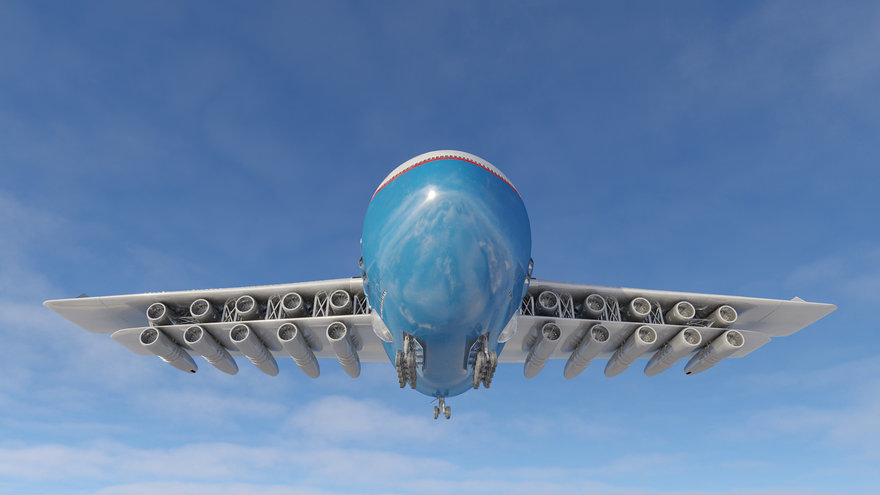 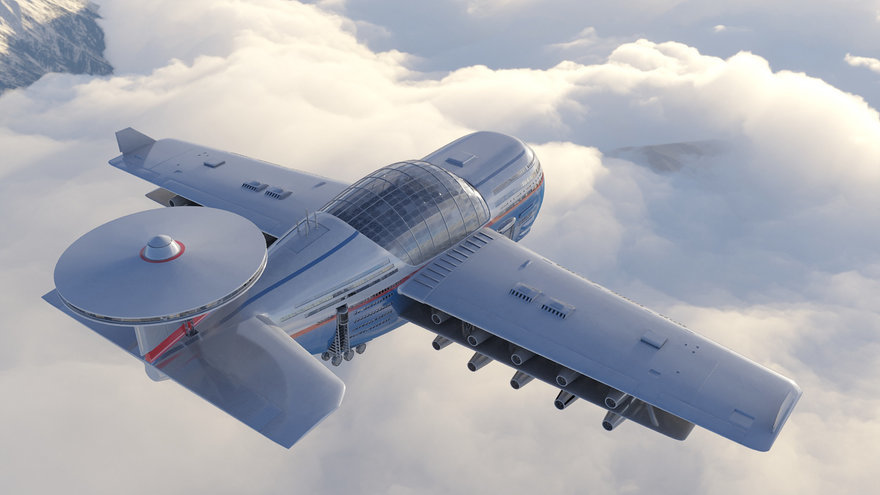 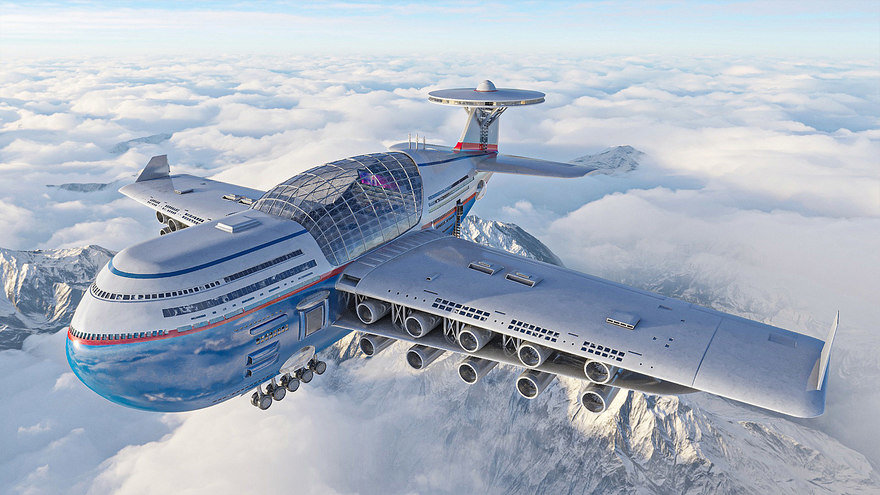 The concept, they decided, would be nuclear-powered; passengers would come aboard on a conventional airplane that would dock with the gigantic cruiser; it would contain 360-degree observation deck atop the “tail,” reached by an external elevator. And in essence, it would function like an enormous cruise ship. 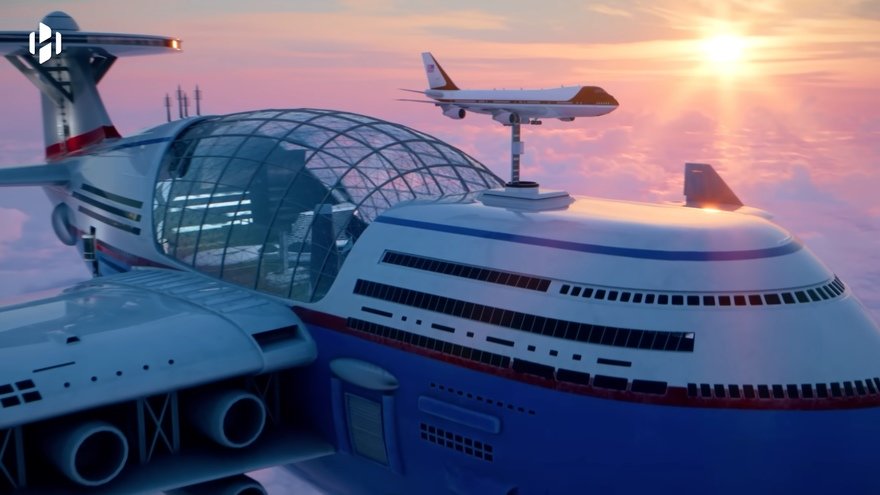 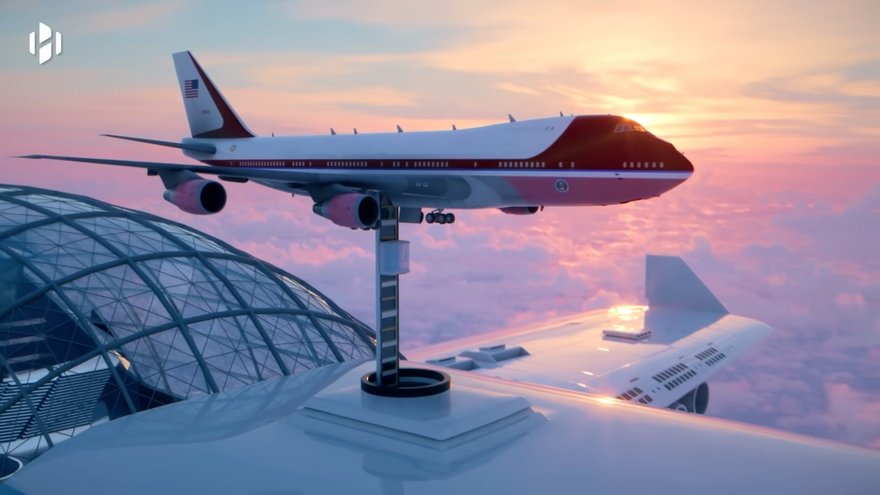 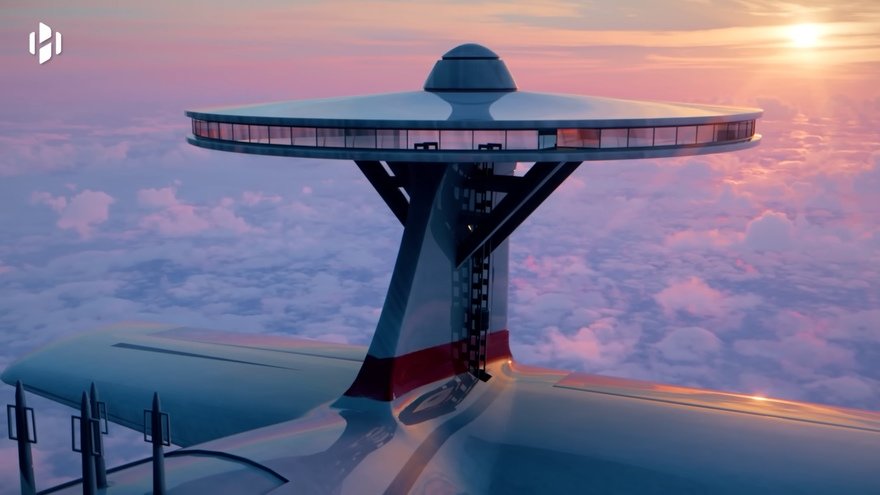 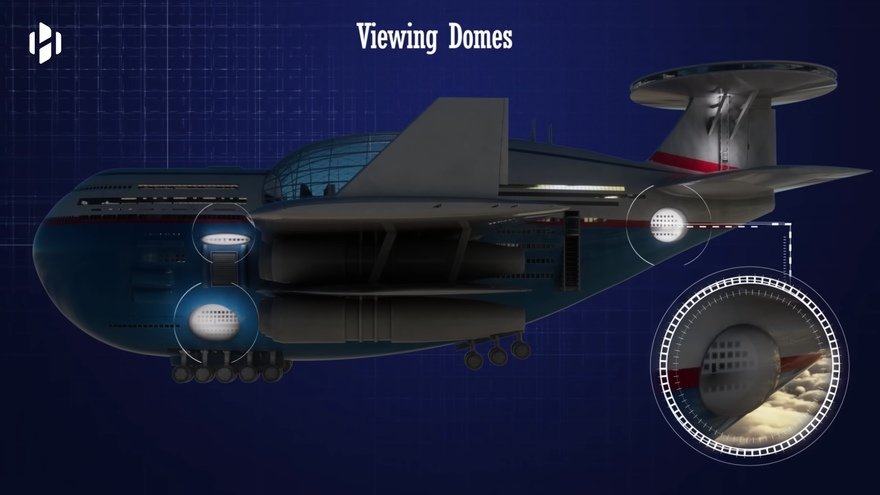 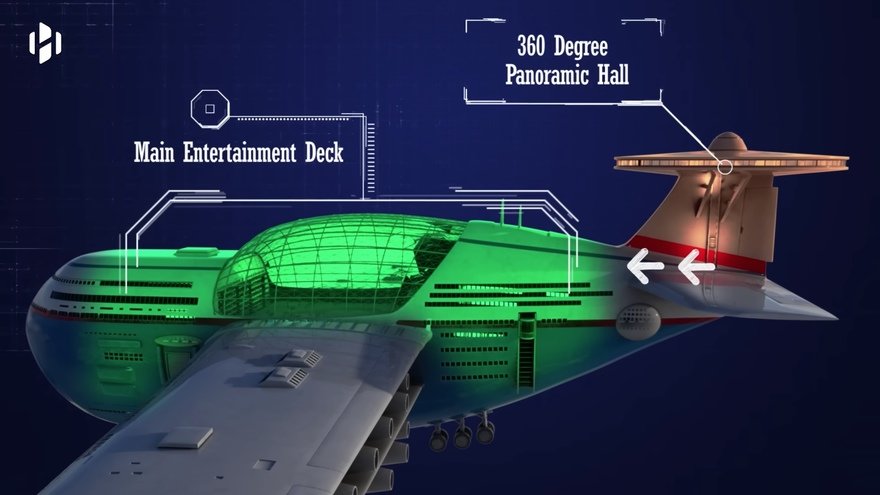 Al-Ghaili then assembled this entertaining video depicting the concept as if selling it to investors: