Those little Facebook reaction icons—the love heart, “like,” smiley, shocked smiley, etc.—do more than just let you show interest (or otherwise) in something in your feed. They let Facebook harvest all kinds of data on you, as it does when you tag photos, “like” pages, even the words you type.

Go Rando, a new web browser extension by artist Ben Grosser—created as part of the Blinding Pleasures exhibition at London’s Arebyte Gallery—is shaking things up a bit when it comes to Facebook getting accurate data from those reactions. It does this by intercepting your click every time you hit “like” and then choosing one of the various six reactions icons for you at random.

The aim is that the algorithms monitoring you on the social media site will, over a period of time, begin to see your emotional profile as nice and evenly balanced, happy and sad and angry all in equal measure. You can choose to override the extension’s obfuscation function if you wish, but your profile will become increasingly “noisier,” making it difficult for Facebook to know if your reactions are genuine.

“Every day we’re learning more and more about how our Facebook data is being used, both within and outside of the site,” Grosser tells Creators. “Within Facebook, your activity determines what you see on your News Feed and enables increased emotional manipulation. Outside of Facebook, that data is used for everything from government surveillance to predictive policing to message targeting.”

Today what we see in our social feeds is increasingly politicized; fake news and filter bubbles honed by algorithms have been blamed for swaying election results. Grosser notes how both Brexit’s leave campaign and the Trump campaign used social media data for psychographic profiling.

“They divided US citizens into 32 personality types to understand people’s ‘needs and fears,’ and then used that to craft custom messages for each group,” explains Grosser. “In short, this kind of ’emotional surveillance’ is having broad effects, not just on Facebook, but on the country and the world. I hope Go Rando not only disrupts this surveillance, but also encourages personal consideration of where this data goes, who it benefits, and who it makes most vulnerable.” 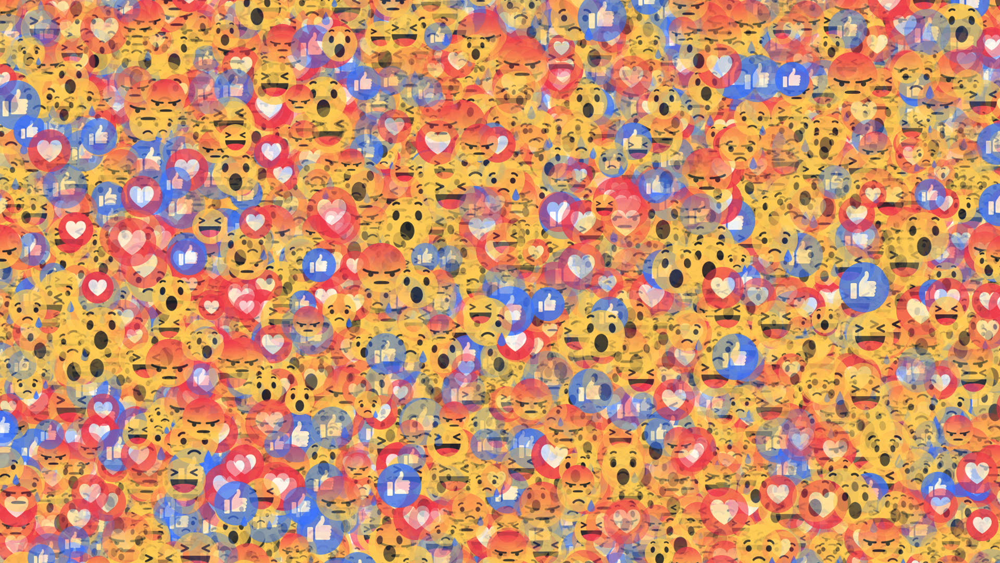 One could say that nothing comes for free, and the reason all this software is without charge is precisely because Facebook and Google can cull data from it and use that to profile us online, to sell to corporations and target ads at us. People are aware of this, but do they care enough to do anything about it?

Perhaps they should, because it seems that when it comes to privacy and social media it’s only going to get worse. Only yesterday did Indiana Representative Jim Bank introduce a bill, the Visa Investigation and Social Media Act of 2017, which requires that all applicants seeking a visa to the USA, even a tourist visa, to have their social media reviewed by Homeland Security. That includes “Twitter messages, Facebook posts and photos, and YouTube videos.” Internet founding father Tim Berners-Lee tweeted his distaste, saying, “Suddenly we have to protect basic human privacy rights again…”

So maybe web extensions like Go Rando will become a necessity. If not just for the sake of clasping back some privacy, then for helping us separate the online from the offline world, for reminding us that the reality of our social feeds is, in fact, a curated one.

“It’s important to remember that sites like Facebook and Google are not neutral facilitators of communication or indexes of the web,” notes Grosser. “Instead they are having broad effects on how we see the world and where we think it’s going. For example, many people—based on what they saw on Facebook—expected Trump to lose the US election. Part of this is that it’s easy to think that what we see on Facebook is an accurate reflection of the world. But it’s really just an accurate reflection of what the News Feed algorithm thinks we want the world to look like. If I ‘Love’ anti-Trump articles and ‘Angry’ pro-Trump articles, then Facebook gleans that I want a world without Trump and gives me the appearance of a world where that sentiment is the dominant feeling. While one reason people got it wrong is that they were hopeful for a specific outcome in the face of contrary evidence, another reason was the result of trusting the mechanisms of democracy (e.g., information access and visibility) to algorithms designed primarily to keep us engaged rather than informed. Facebook’s motivation is profit, not democracy. Go Rando on Facebook is one way to resist the algorithms that aim to show us the world we want instead of the world we have.”

You can install Go Rando here and find out more about Ben Grosser’s art on his website here. The  Blinding Pleasures exhibition is on now until March 18, 2017 at Arebyte Gallery Gallery, 4, 49 White Post Ln, London E9 5EN.

This New London Exhibition Is an IRL Instagram Feed

[NSFW] An Artist Fooled Snapchat into Seeing Her Breasts as Faces

The Race to Save Computer-Based Art | Conservation Lab