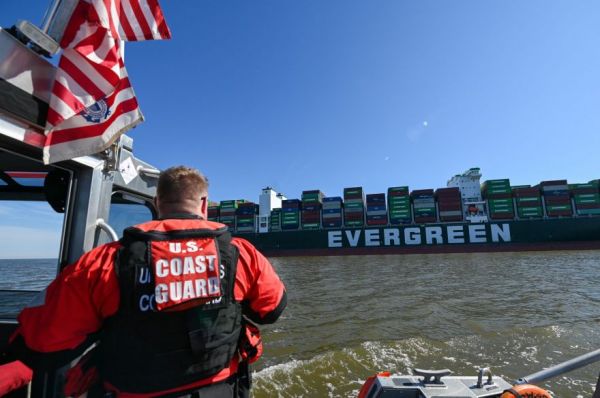 History repeats itself, almost exactly a year later. You might recall that in March of 2021, the Evergreen container ship Ever Givenbecame stuck in the Suez Canal for a week and backed up shipping traffic from everywhere on earth.

Now another container ship owned by Evergreen Marine has run aground in Chesapeake bay near Baltimore. The ship named Ever Forward was departing when it became stuck on Sunday night.

2/ Looking at charts, #EVERFORWARD may have slightly deviated from dredged navigation channel into shallower waters after departing Baltimore.

She’s apparently not blocking the navigation channel, but is quite close to it. pic.twitter.com/K6obJIzXr0

High tide was earlier this evening, but it doesn’t rise enough in that area to float a stuck ship. If this kind of thing keeps up, someone will eventually need to look into Evergreen’s pilot training program. You can keep up with the Ever Forward’s predicament and current location at Marine Traffic. -via Fark