In 2003, Converse celebrated its 95th anniversary, and Nike acquired the brand for $305 million. Annual sales grew from $200 million to $2 billion, and now the brand represents one of Nike’s fastest growing segments. The latest release from Converse, the Star Series, is a collection of three shoes designed in collaboration with none other than athlete and architect turned Nike design legend Tinker Hatfield, marking a true connection between the two brands. The series includes the Star Series BB, Star Series RN, and Star Series UT; a basketball shoe, running shoe, and utility inspired chukka that aim to blend the lifestyle versatility of Converse and the performance features that Nike brings to the table.

Merging the benefits of two distinct footwear brands into just three shoe designs posed an exciting challenge for Hatfield. “Converse’s design language to me is very egalitarian. Simple, straight, horizontal,” says the designer. “The uppers tend to be humble materials. I think there’s a beauty in that, so we wanted to design products with performance features but honor the design language.” After reflecting on sport culture today, Hatfield imagined a family of products that nod to Converse’s design history but also experiment with both function and aesthetic.

The first in the series, and most statement-making from a design history standpoint, is the All Star Pro BB. We all know the Chuck Taylor All Star as the original basketball-turned-lifestyle shoe, but its design has stayed almost identical since 1920. The introduction of the All Star Pro BB in particular marks a new era for the brand and promises a re-emergence in the competitive basketball shoe segment. 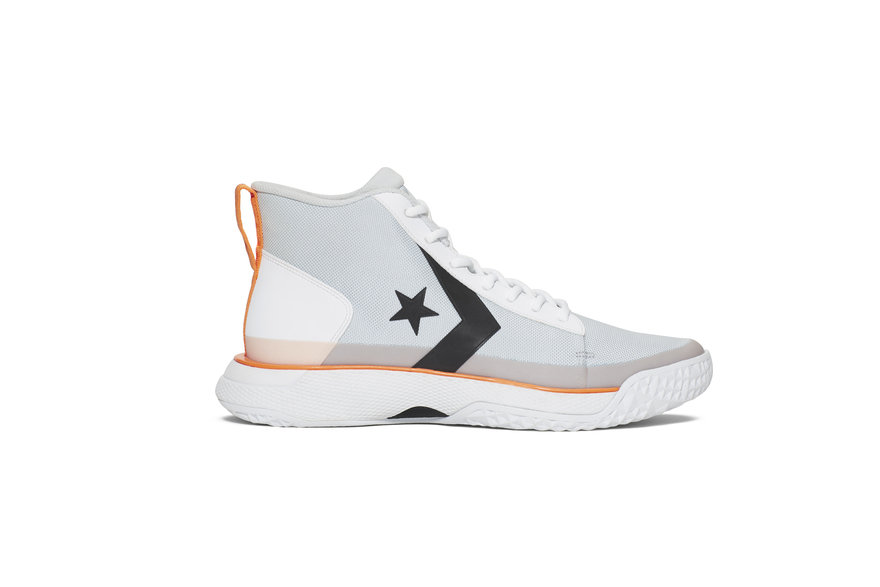 The BB’s silhouette is made with an open tongue construction, complemented by a diamond-textured midsole, which references the original All Star’s toe bumper. The silhouette notably features a nylon ballistic mesh upper for breathability and durability, marking one of the most obvious deviations from the traditionally canvas All Stars. 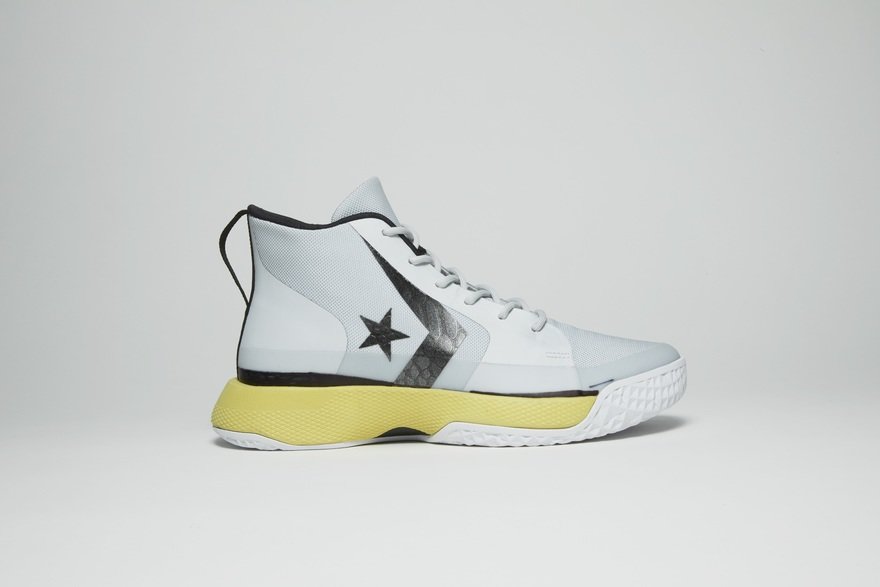 The Star Series RN is the most versatile in the collection, as its straightforward design combines performance elements of runners with the materials and colors of a total lifestyle shoe. The silhouette borrows design details from archival runners from both Converse and Nike and combines them with the design language of the Star Series BB, including a similar rubber outsole and the Converse Star Chevron logo in the foam window. 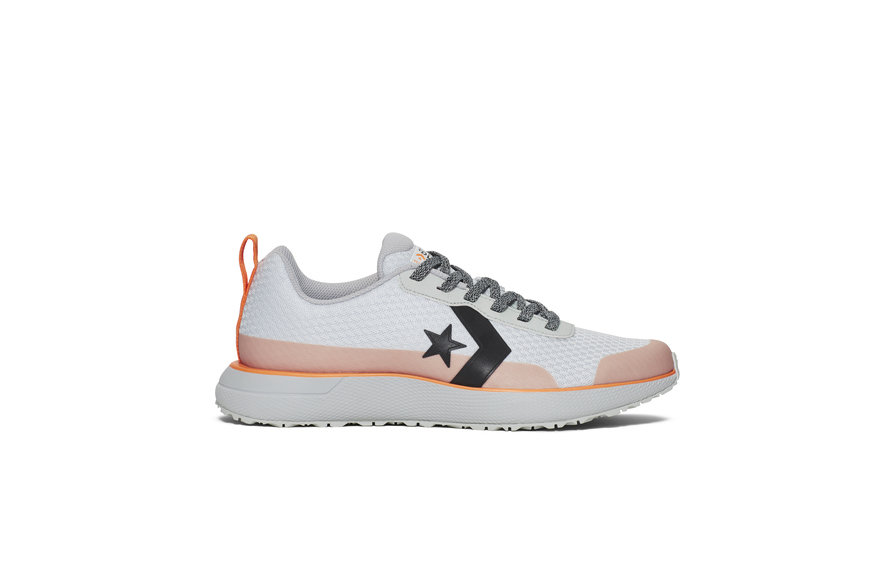 “Evolving the RN from prototype phase to final was a similar approach,” says Jimmy Manley, Senior Director of Footwear Innovation at Converse. “After initial flex testing of the silhouette, we removed some of the rigidity across the shoe, particularly in the forefront. It also added dimension to the overall design aesthetic, allowing for multiple blocking options, which enabled us to explore a range of colors and materials in future expressions.” 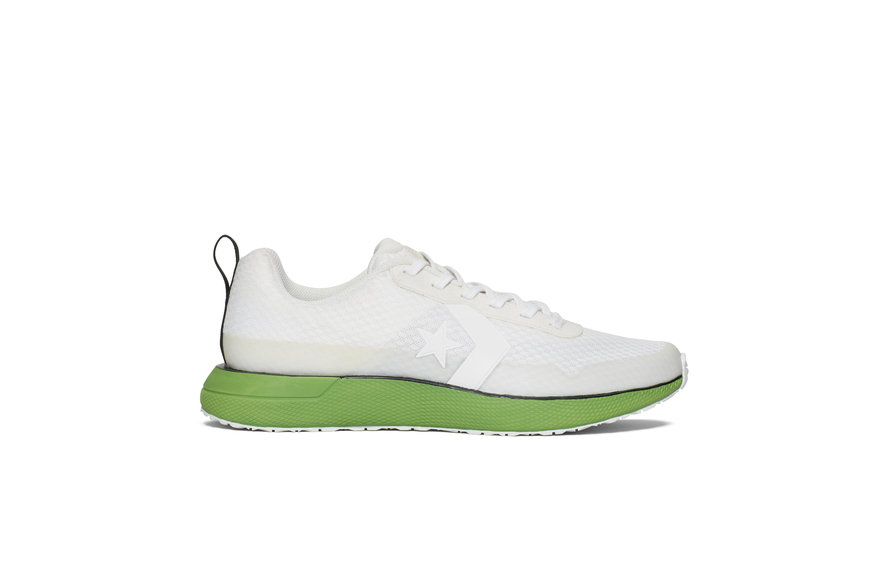 The final shoe in the pack, the Star Series UT is a runner’s take on the lifestyle Chukka. The mid-cut Cordura upper features a runner’s notch for easy wear and to draw an extra connection between the three shoes. “Evolving the UT was a matter of obsessing material and fit. The UT is reminiscent of a classic chukka design,” says Manley. “The beauty of a chukka is its simplicity, which also makes a true design challenge. How do you create incremental improvement, but still maintain the essence of the original?” 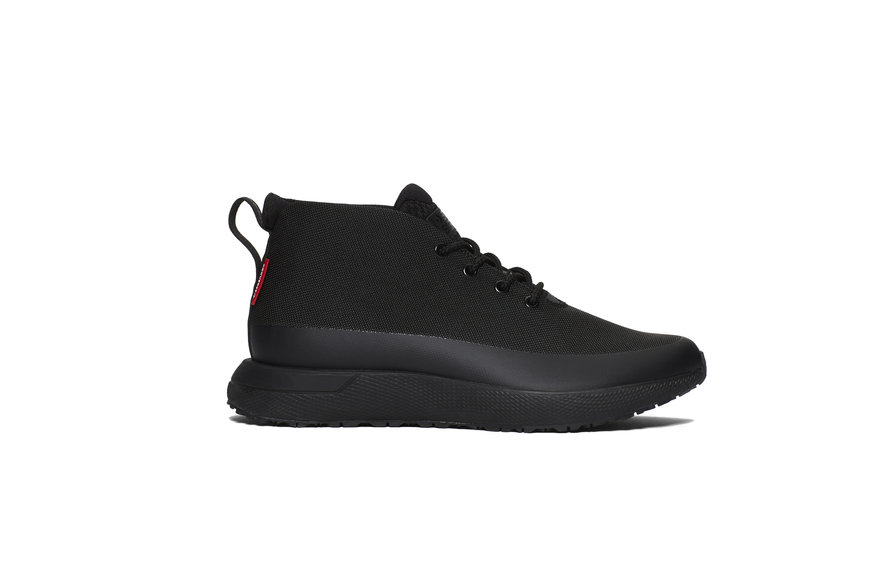 “Our objective was to bring the classic chukka design into more of an athletic zone,” continues Manley.” We quickly realized that transitioning to a ballistic mesh upper from suede would help us achieve that. From here we had to solve a fit challenge, so we added in a medial overlay, which gave more support on the rear sides of the upper, and cushioning in the heel.” 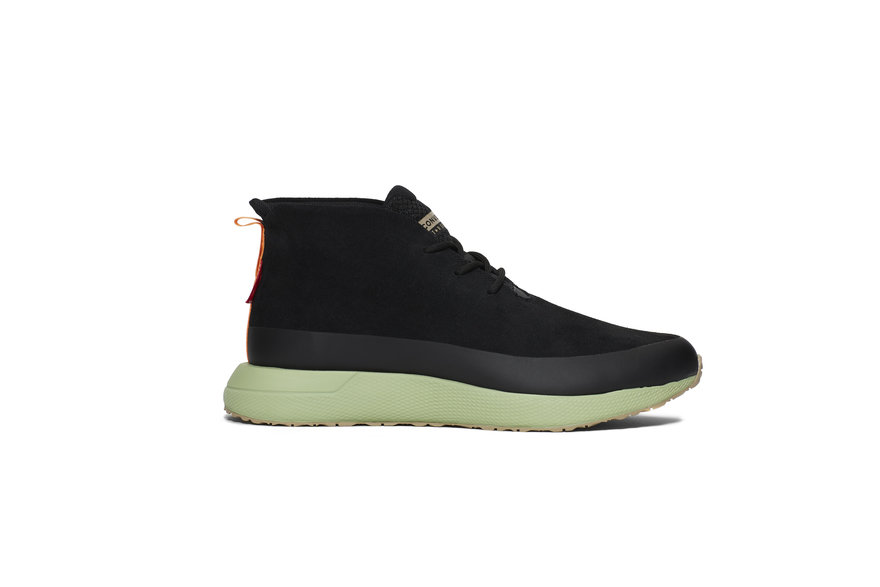 The Star Series pushes the boundaries and connection between Converse and Nike, remaining true to certain details of Converse’s past while adopting new design details and materials from Nike’s design language. It’s been over 15 years since Nike acquired Converse, and nearly a century since the original All Star debuted. This collaboration with Tinker Hatfield marks a shift from lifestyle to technical product for the company and a commitment to making updates to their designs. What do you think of the collection? Do you believe Hatfield and the Converse design team fulfilled their brief?