In the heart of Copenhagen, not far from the harbor, are a series of closely laid streets with houses smashed together like rows of potato plants in a field. Officially it is the Farimagsgade district, but the Danes call it Kartoffelrækkerne, literally “potato row”. The term has another origin: this land, before it became an estate, was an actual potato field.

The potato rows were built in the 1870s and 1880s by the Workers' Building Association to provide cheap and hygienic accommodation to working people. In the late 19th century, as industrialization gained momentum and people began to move from the country to the city, it became both difficult and dangerous for health to squeeze more people together in crude side and back house buildings within Copenhagen's ramparts. So the city was expanded with new buildings, and one of them became Kartoffelrækkerne with nearly five hundred buildings. 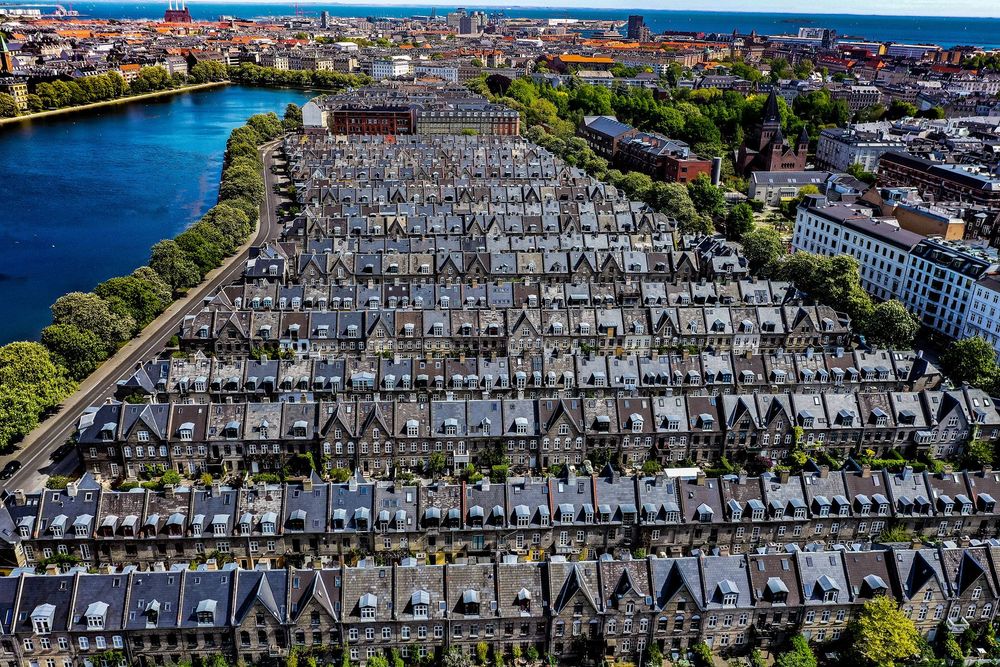