Last month, we were charmed by a little boy who loves corn. So was everyone else. The video by Julian Shapiro-Barnum of Recess Therapy went super-viral, and has taken on a life of its own. The boy’s name is Tariq, and Sir Collect-a-Lot Toys have fashioned an action figure in his likeness. It’s not clear from the caption whether it’s a one-of-a-kind or mass produced, but they intend to make sure Tariq gets this one. It honestly doesn’t look all that much like him, but they’ve got the shirt down. Still, I have an action figure, and it doesn’t look all that much like me, either, but I was certainly tickled with it. Also, the Gregory Brothers made a little song about corn. 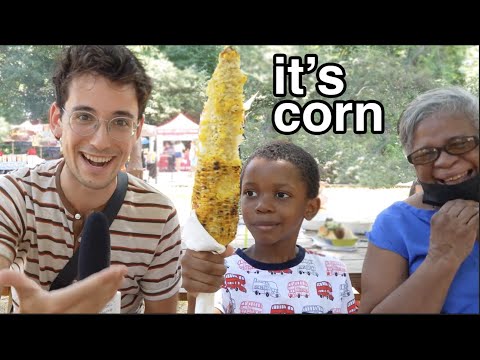 Proceeds from the sale of the song will be split with Tariq and his family. It’s the perfect song to play during dinner, if you’re having corn! -via Boing Boing