One of the strangest aviation mishaps that ended happily happened on February 2, 1970. That morning, three F-106 Delta Darts took off from the Malmstrom Air Force Base near Great Falls, in Montana, the United States, on a routine training mission, when one of the F-106, piloted by Captain Gary Faust, entered into a flat spin—which happens when an aircraft stalls and rapidly loses altitude while spinning from wing to wing. Once an aircraft enters into flat spin, it is usually very difficult to recover. As Gary’s aircraft fell, his team mates tried to help giving him spin-recovery instructions. But when the aircraft dropped below 15,000 feet, Gary decided it was time to abandon his stricken aircraft. 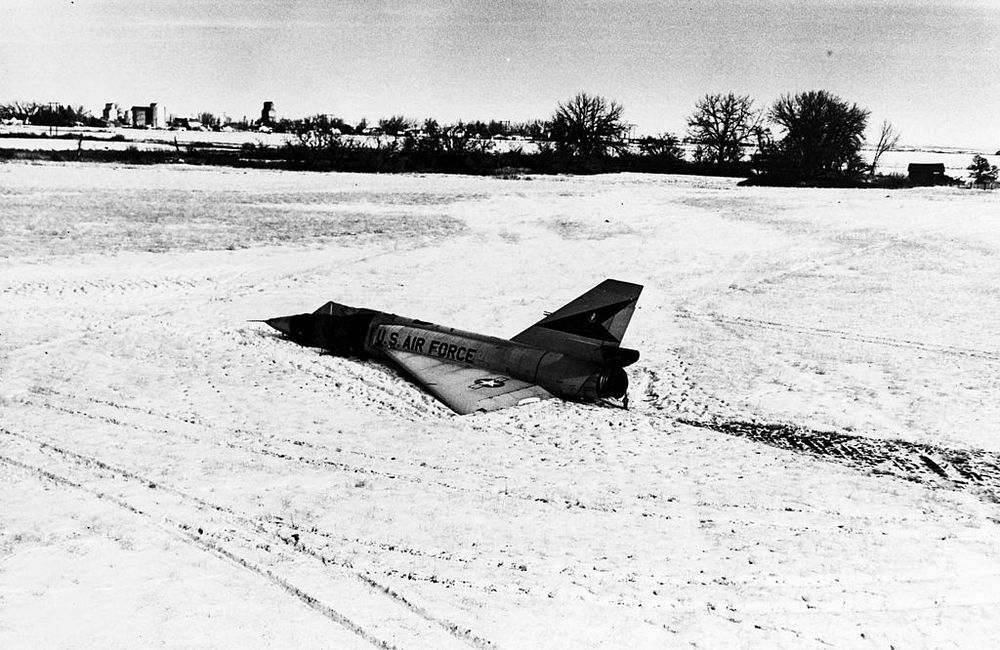