A Brazilian couple is facing criticism after painting the waters of a stunning natural waterfall electric blue to celebrate their gender reveal party.

The parents-to-be posted videos and images of the event on social media on Sunday but deleted everything once the footage caused a massive public outcry.

The waterfall is 18 meters (59 feet) high and is located six kilometers (3.7 miles) from the center of the Tangará da Serra municipality.

The locals said the site is a famous tourist destination, and, most importantly, the primary water source for a nearby settlement. 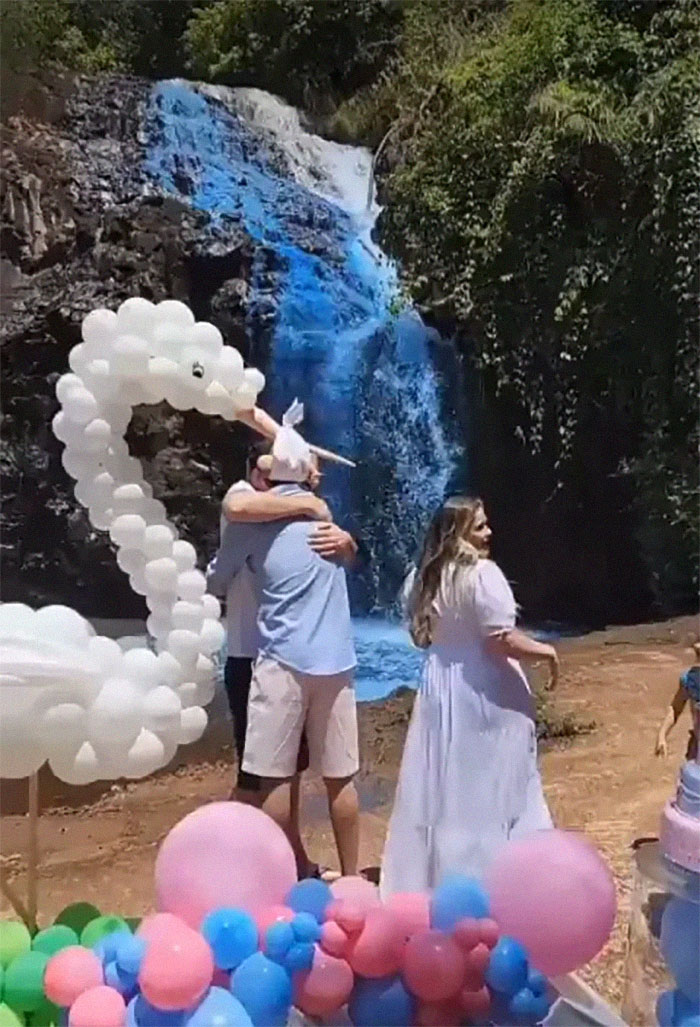 They uploaded a video of the stunt to the internet 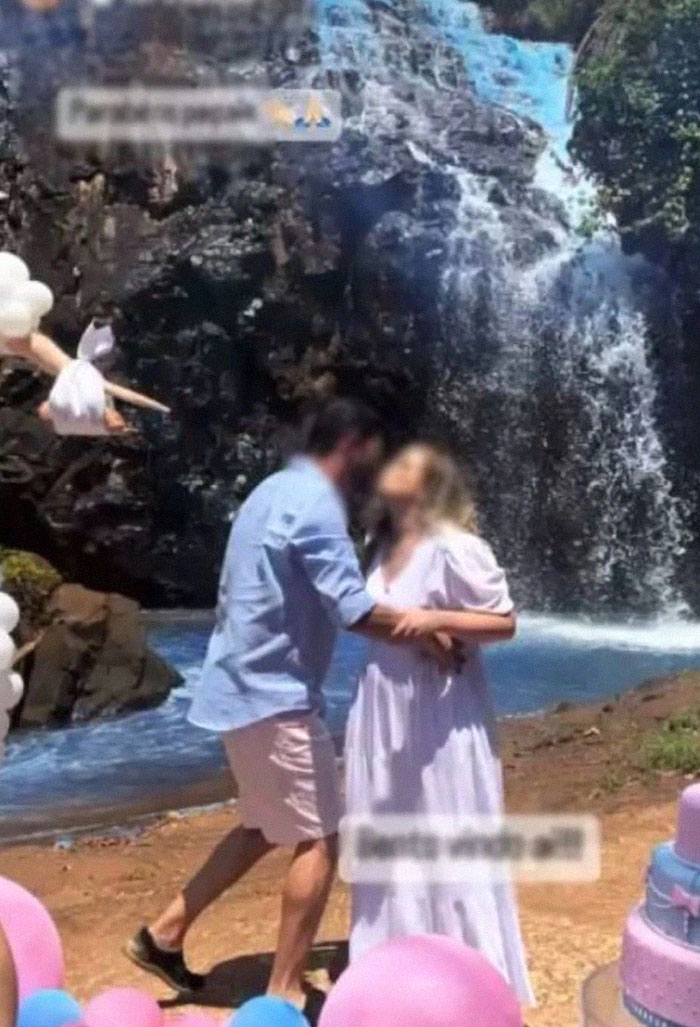 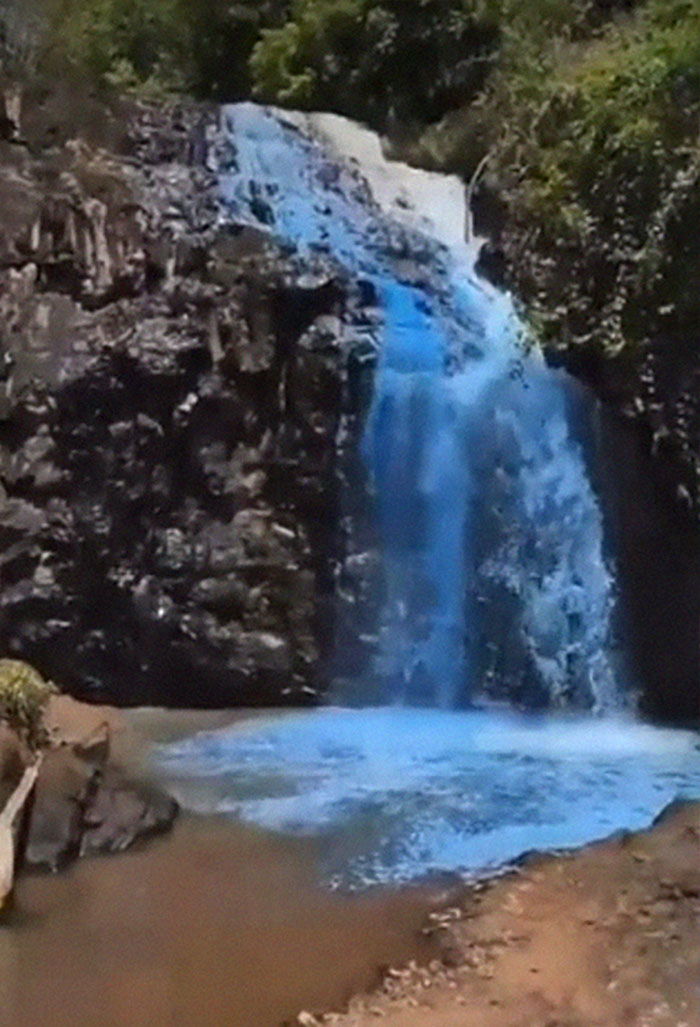 However, people reuploaded the clip onto multiple social media platforms 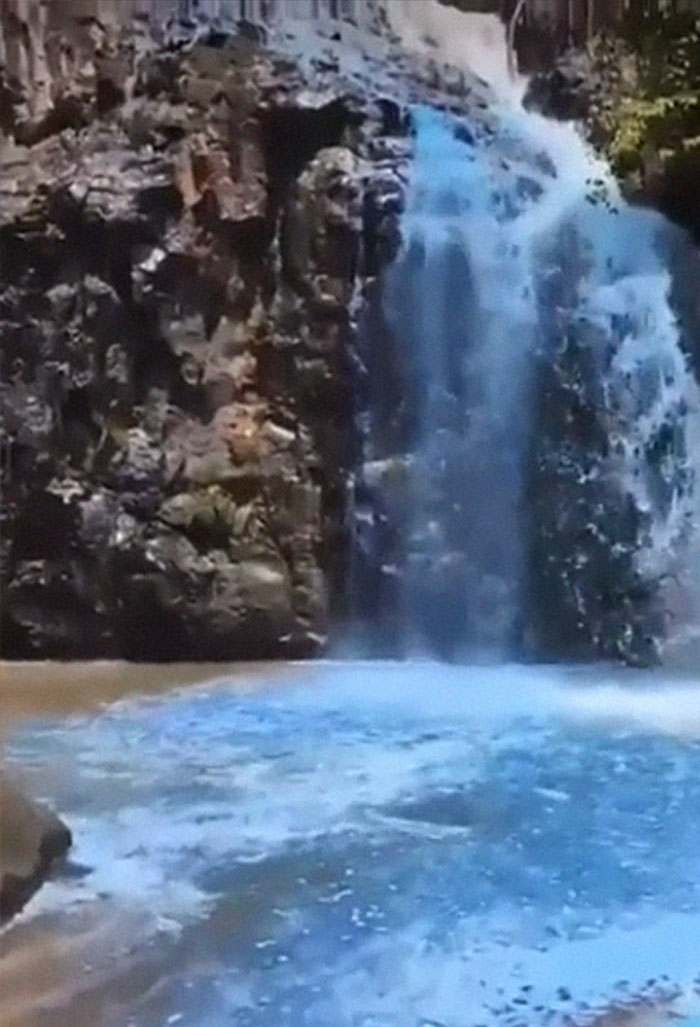 The river, identified as the Queima Pé river, is a popular tourist destination 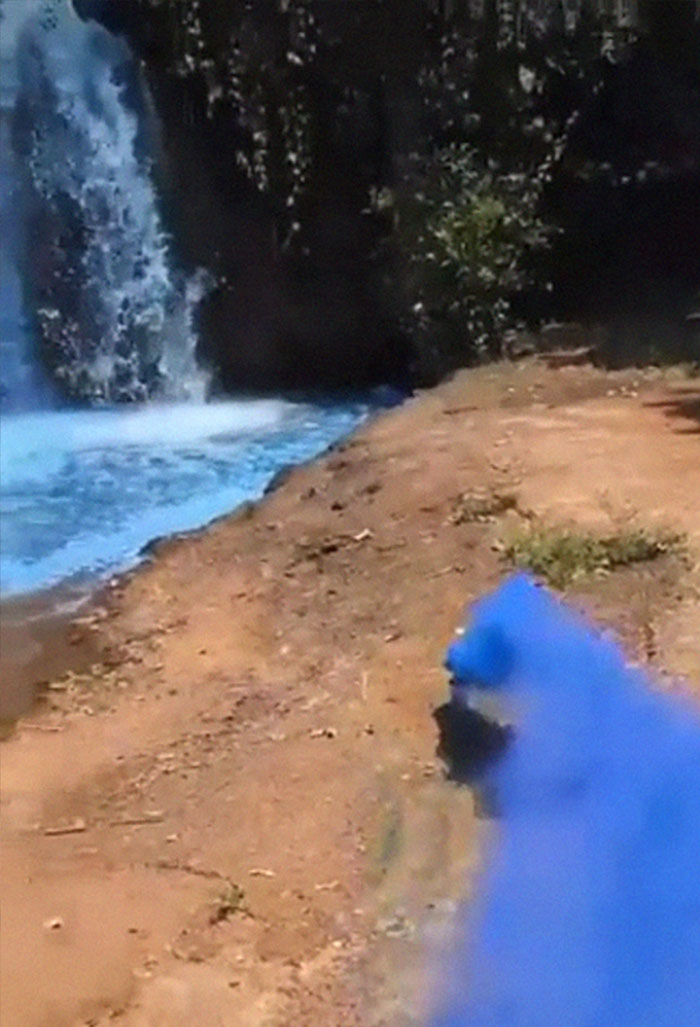 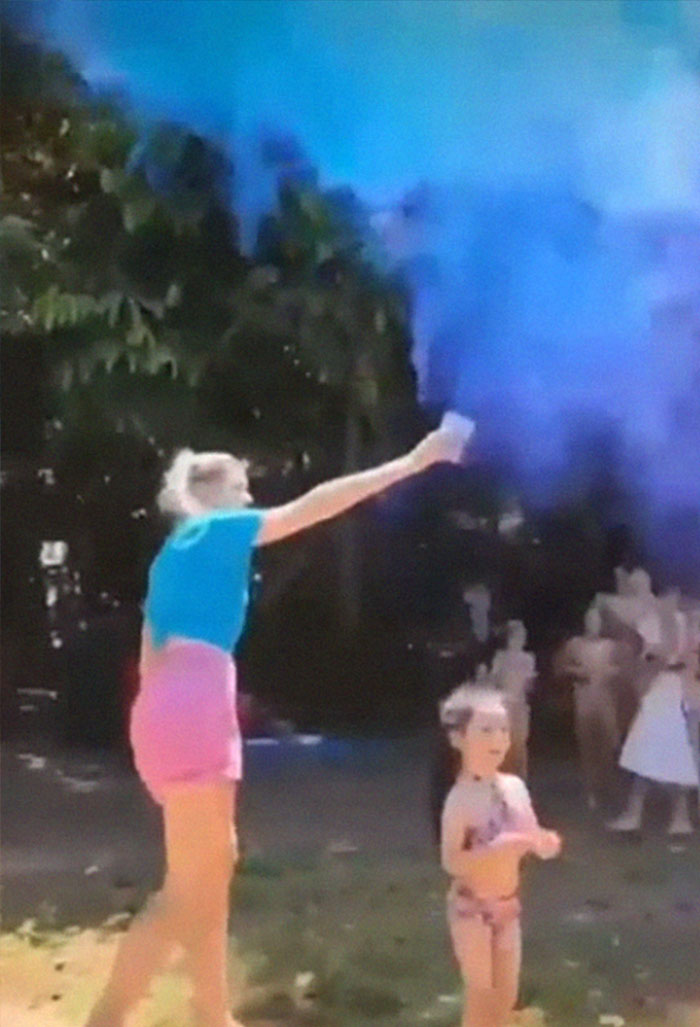 which recently suffered a long drought 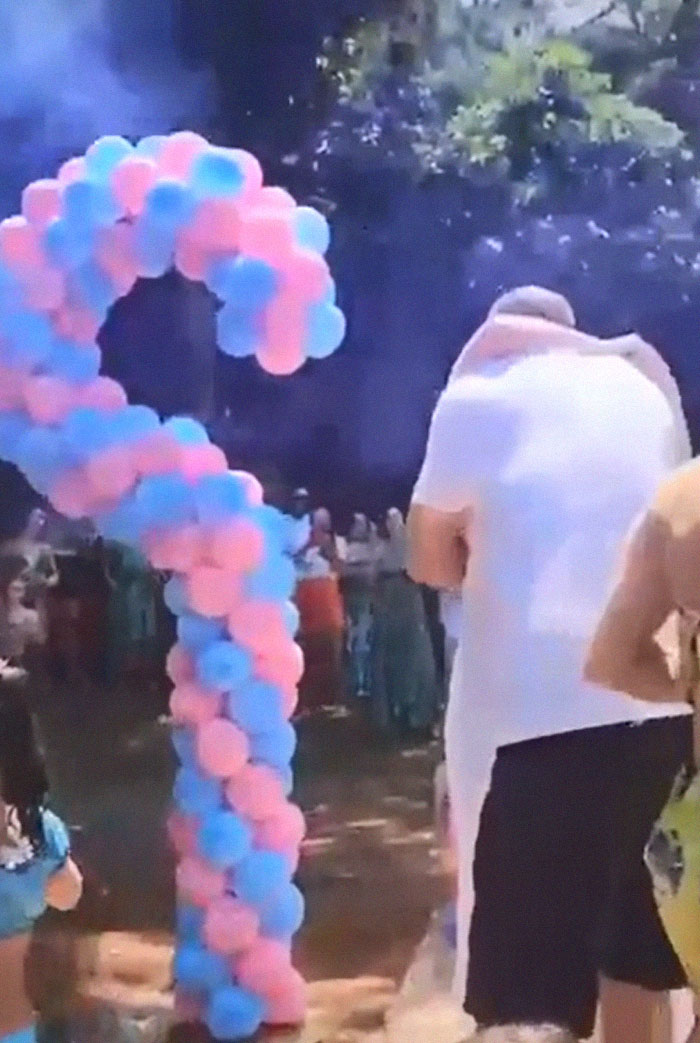 And here’s how people reacted to it 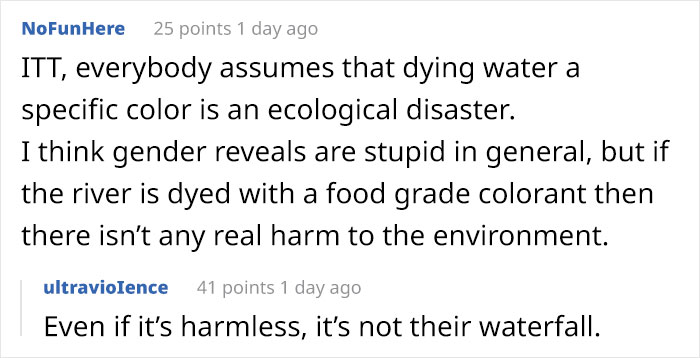 Local authorities said they will investigate the incident 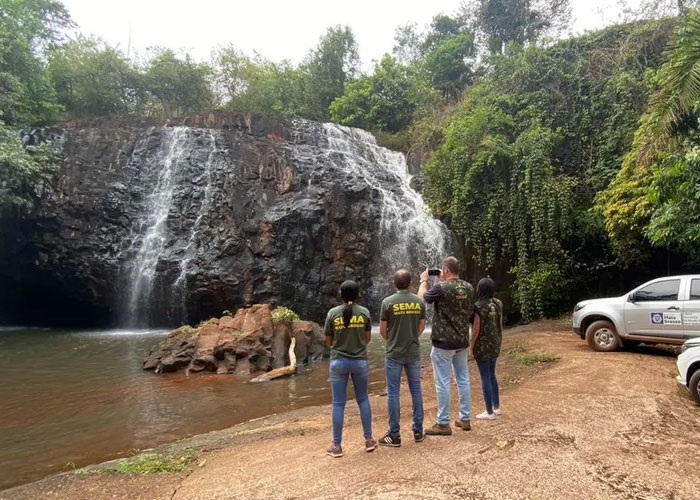 The Secretary of State for the Environment of Mato Grosso (SEMA) released a statement, explaining that it would be investigating the couple to determine what products were used to dye the waterfall and if they caused any environmental damage. The statement, published by Brazilian news site G1, highlighted that six officials — two from SEMA and four from the municipality of Tangará da Serra — were on-site collecting the data.

Surprisingly, this isn’t a standalone case, as videos of other similar gender reveal parties can be seen on social media 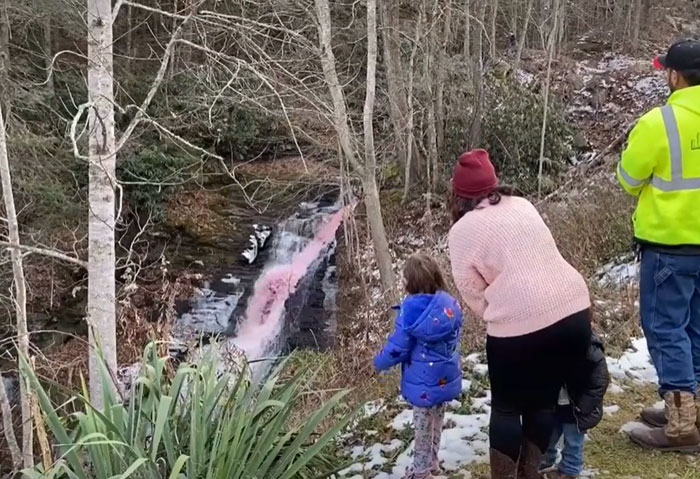 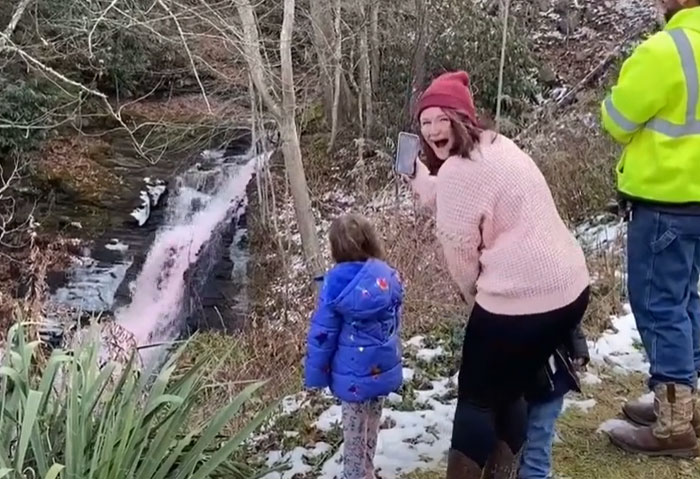 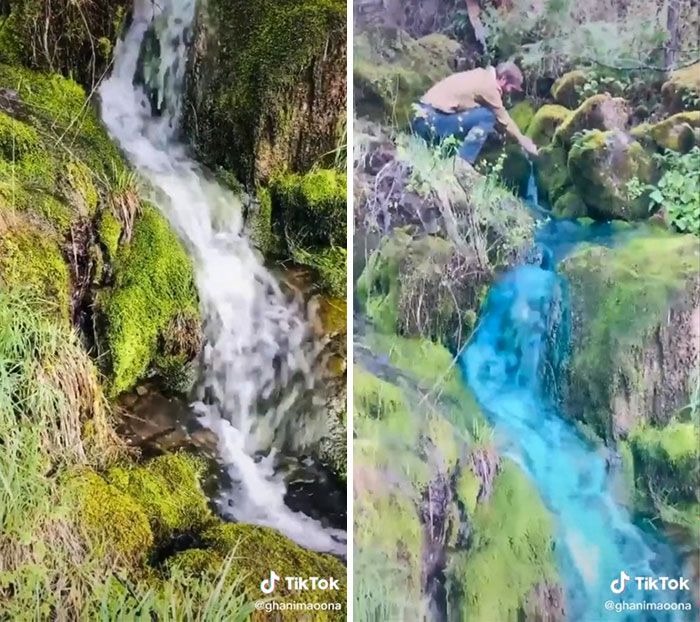 The gender reveal party is a relatively new thing. The practice originated in the United States during the 2000s.

One of the earliest was recorded in 2008 by then-pregnant Jenna Karvunidis on her ChicagoNow blog High Gloss and Sauce when she announced the news via cake; she had previously had several miscarriages and wished to celebrate that her pregnancy had developed to the point that the sex of the fetus could be determined.

However, as it was becoming a trend, parents started trying to outdo each other — often for internet attention — and it quickly morphed into somewhat of an online challenge.

Back in 2020, one couple even caused a destructive wildfire by using a pyrotechnic device during their “celebration” 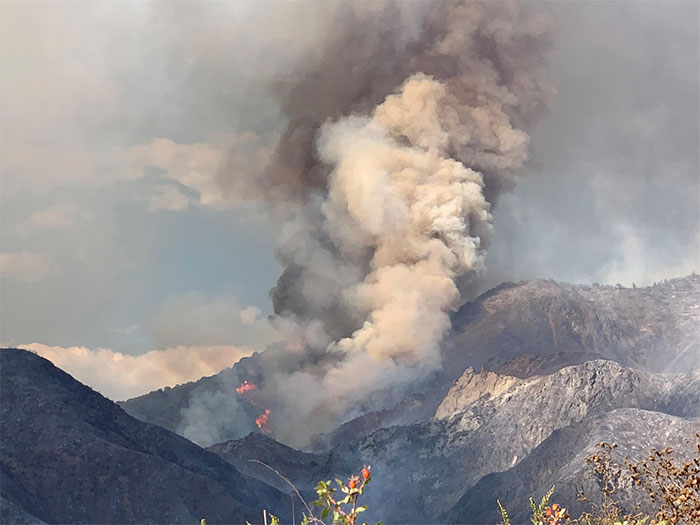 The fire torched nearly 23,000 acres, destroying 20 buildings and taking the life of one firefighter 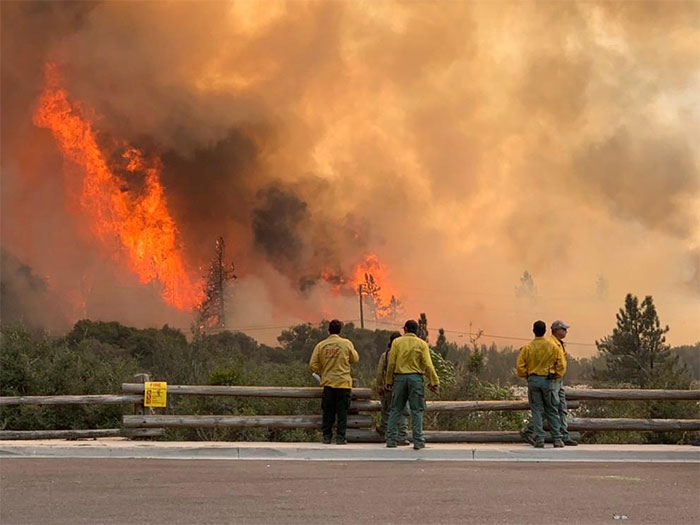 The post Couple Thought It Was A Good Idea To Dye A Whole Waterfall For Their Gender Reveal Party, Sparks An Outrage first appeared on Bored Panda.