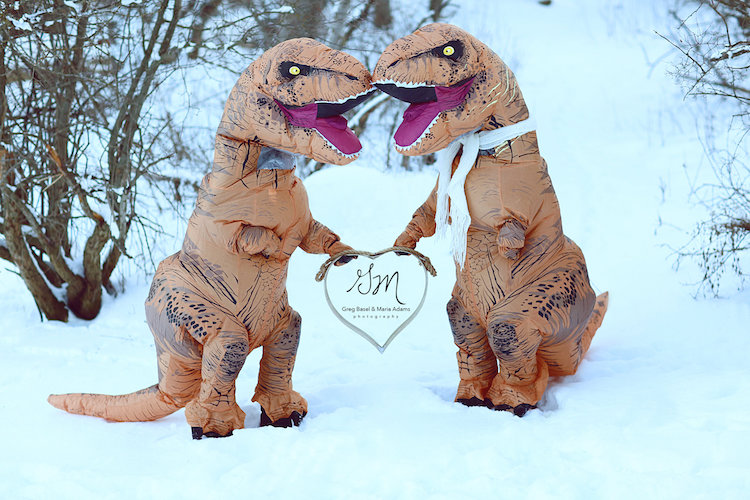 Dinosaurs are extinct, but oddly enough, the love between them lives on. It’s all thanks to photographers (and couple) Greg Basel and Maria Adams, who recently snapped romantic portraits of two T. rexes madly in love. Well, as much as they can be—those tiny arms and ferocious set of chompers don’t make things easy. But however it may look, this T. rex engagement shoot is one for the history books.

Just like human portraits, Basel and Adams captured the two dinos doting over one another. They hold hands by the water, walk along a beautiful sunset-soaked landscape, and even share a “kiss” on a bike. Of course, this is made more difficult with the sideways-facing eyes and lack of lips, but the romance is totally there. “Sometimes they got into it with T. rex fights,” Basel and Adam wrote, “but most of the time they loved being with each other!”

Since T. rexes aren’t around anymore, you’ve got to wonder who the quirky couple is underneath the scaly-looking facade.

The unconventional couple isn’t actually a couple at all. They’re Adam’s cousin, Stephanie Mills, and her friend Marian who did the photo shoot just for fun. Still, it’s great inspiration for any real-life engagements who want to add a prehistoric twist to their love. 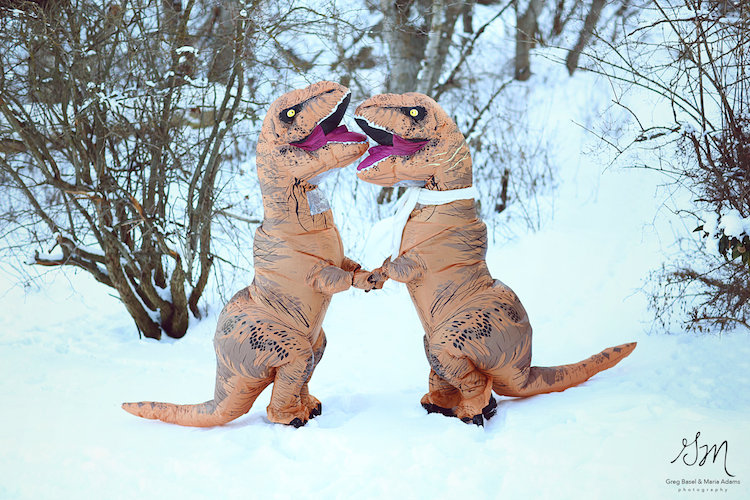 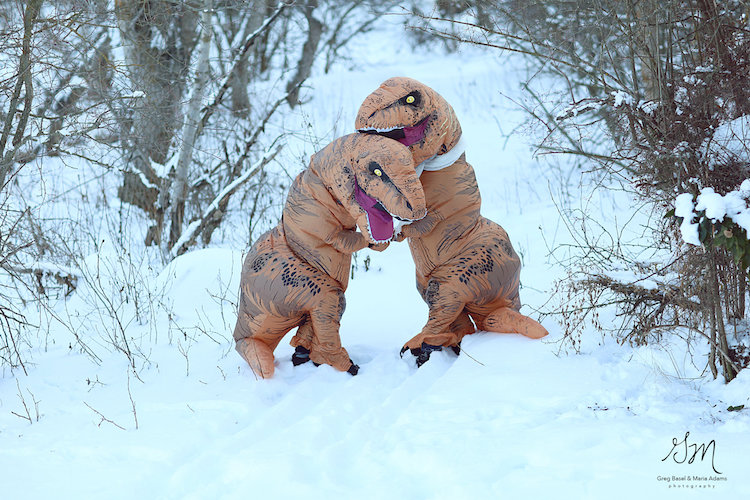 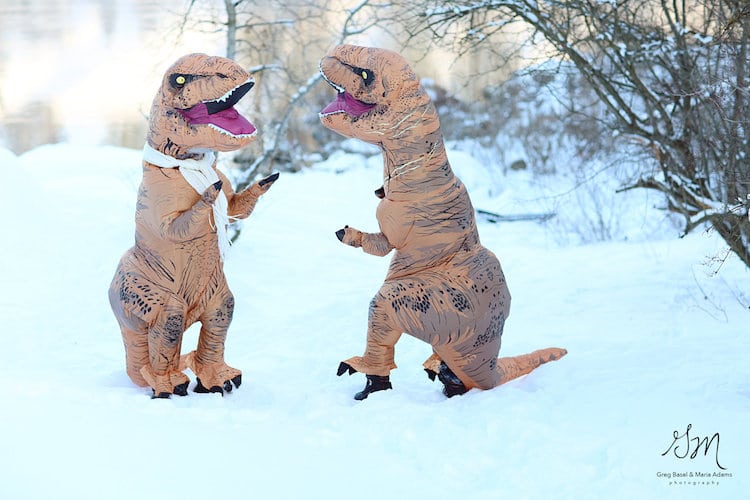 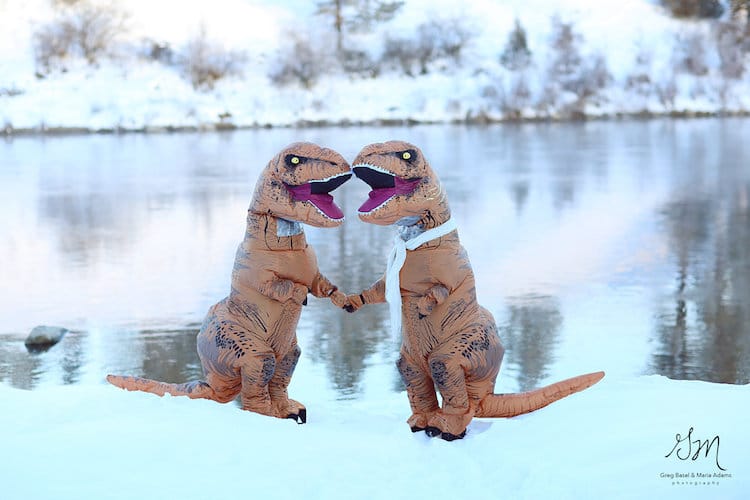 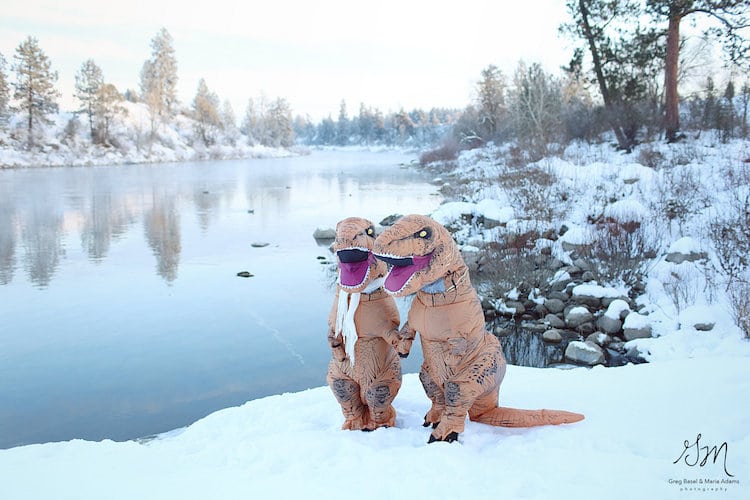 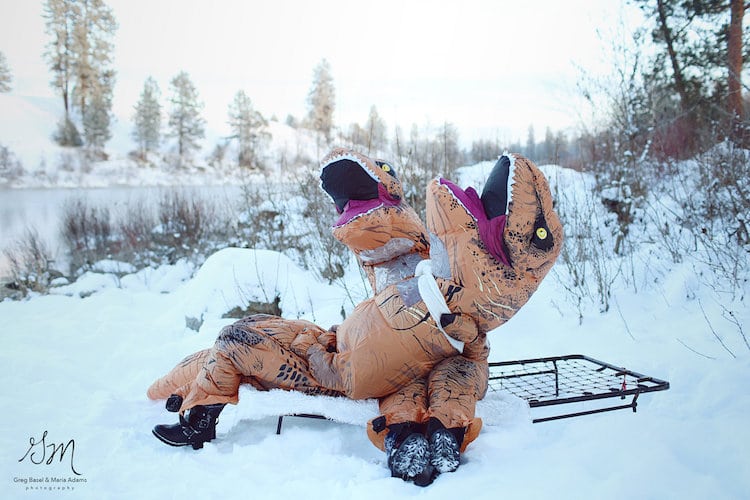 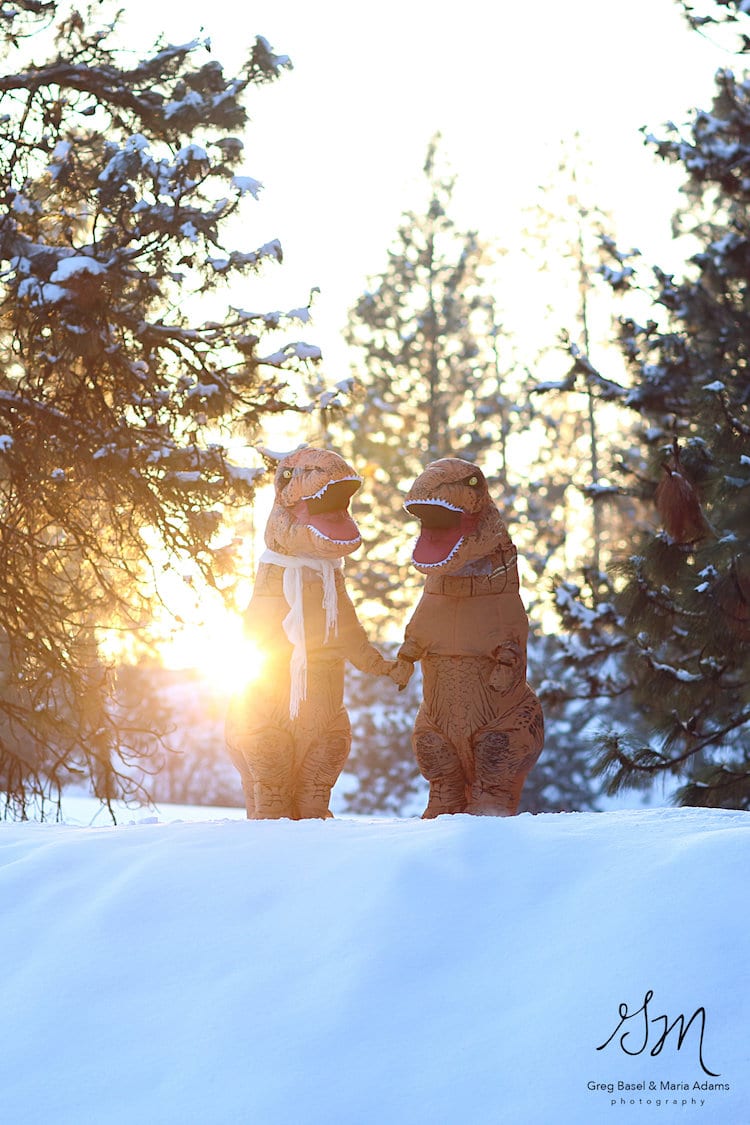 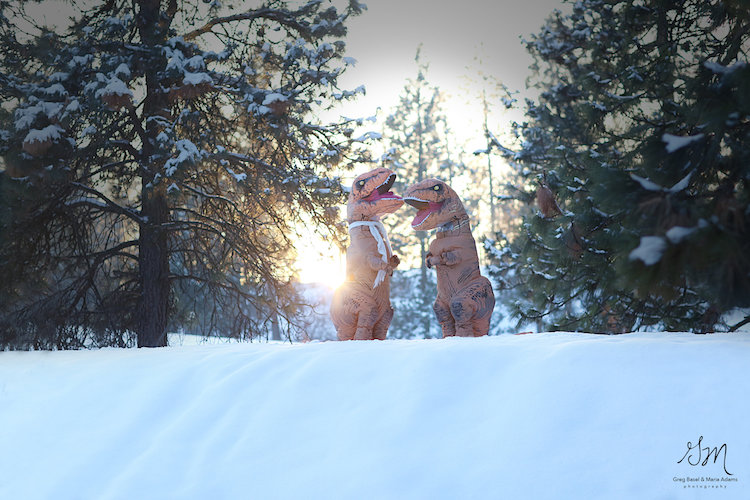 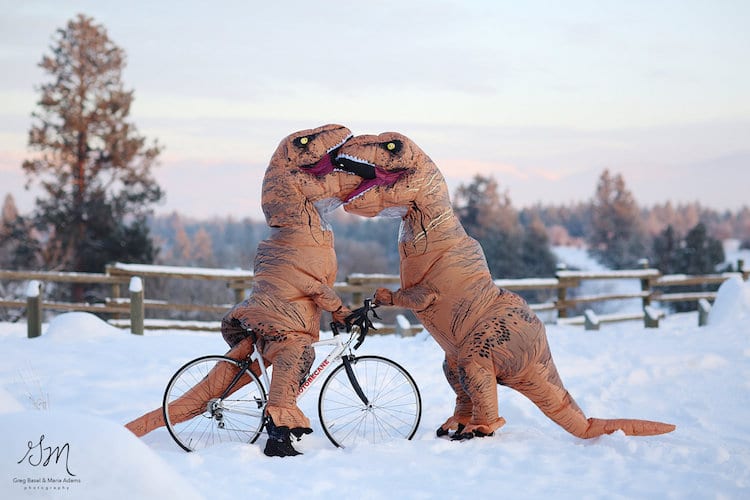 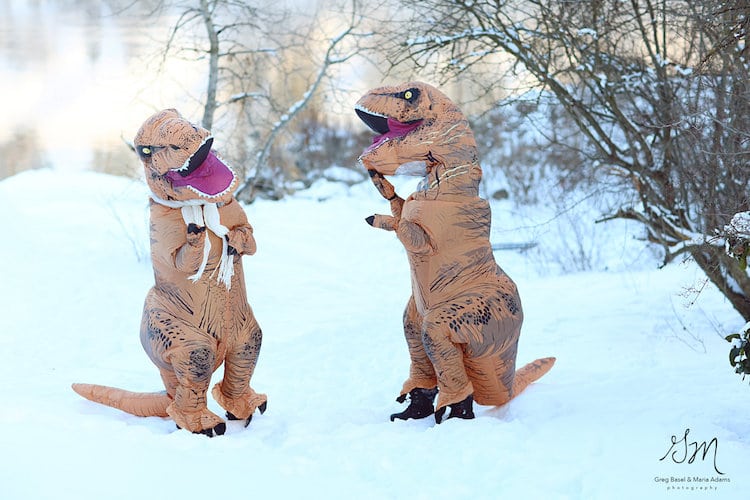 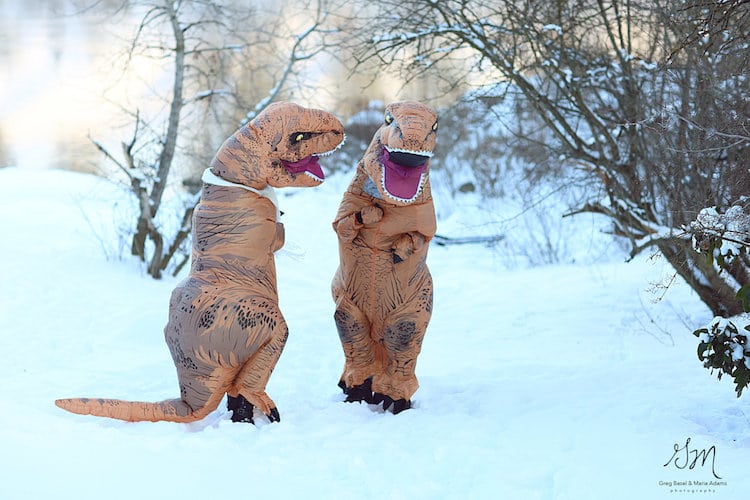 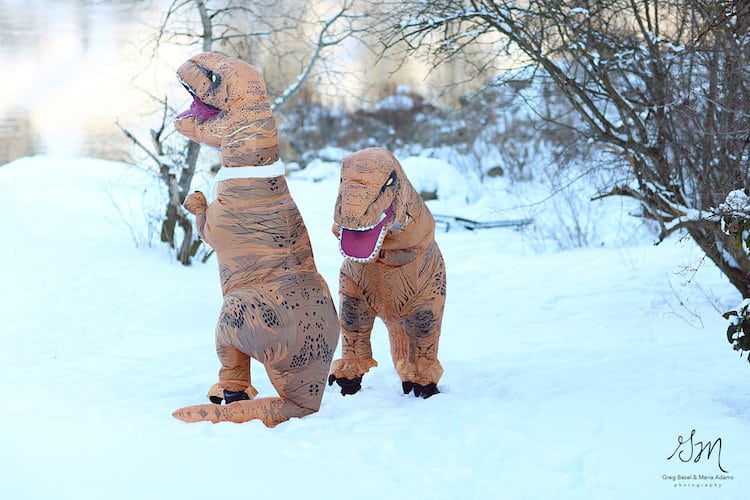 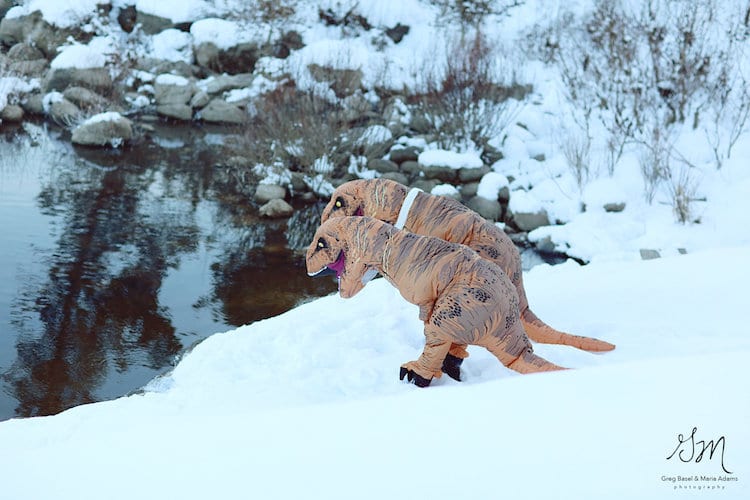 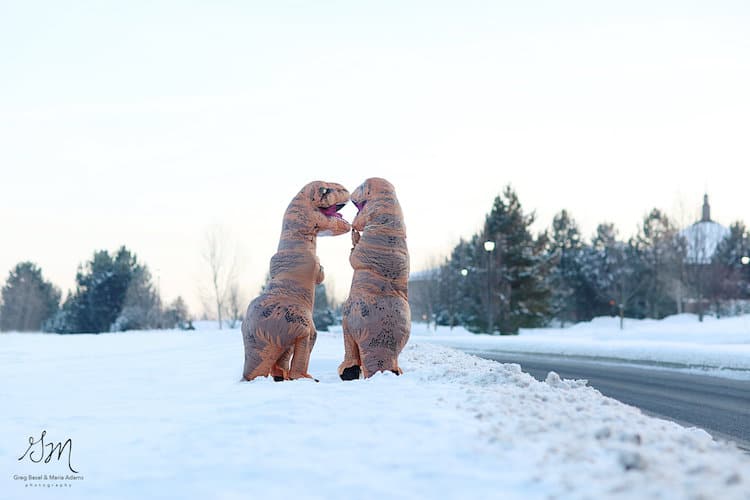 All images via Greg Basel and Maria Adams.