A woman asked Reddit’s “Am I the A**hole” community for help, saying that her colleagues were frustrated with her when she told the boss that it was not possible for her to answer his calls or work on weekends with little to no notice.

Redditor u/freeefinally wrote in her post, which received 17,000 upvotes, that she accepted a salaried job and was told she would work reasonable hours. However, that turned out to be a lie and her boss began calling her personal cell at night and on weekends to ask if she could come to work. Continue scrolling to learn how everything went down.

Recently, a woman made an anonymous post, describing how she protects her personal life from work 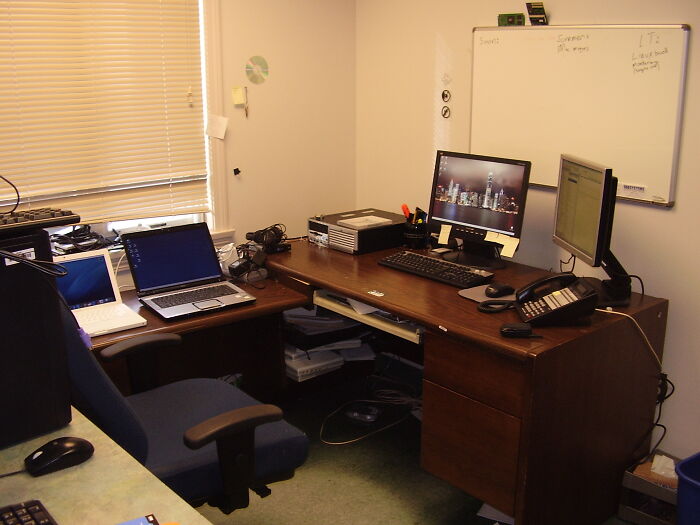 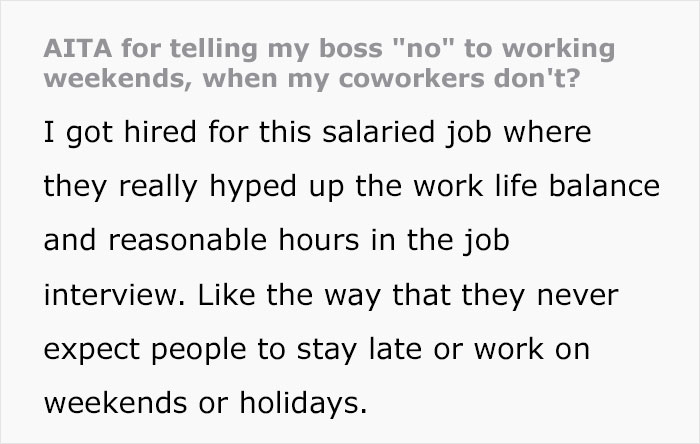 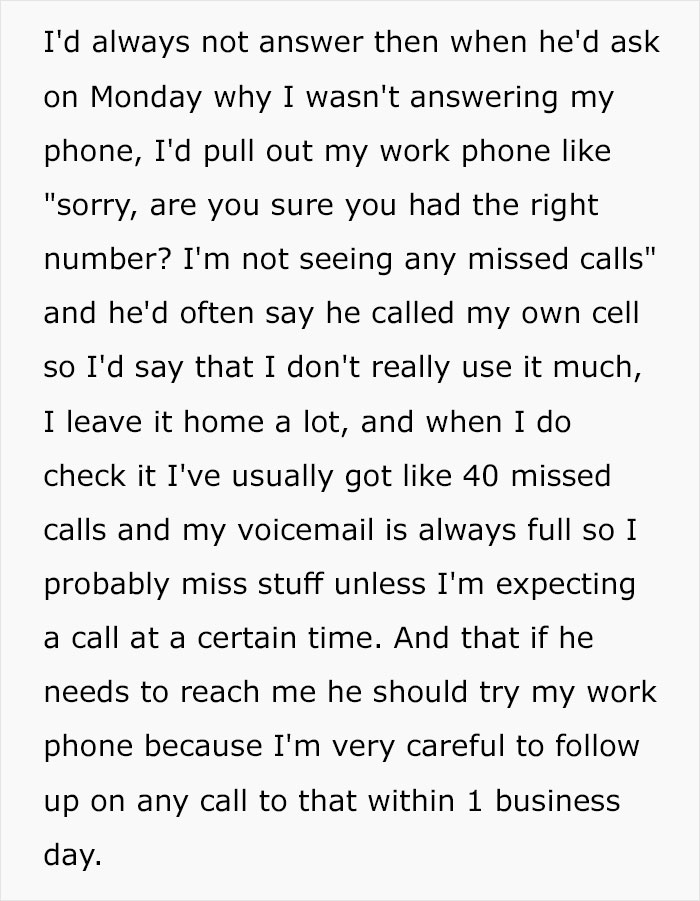 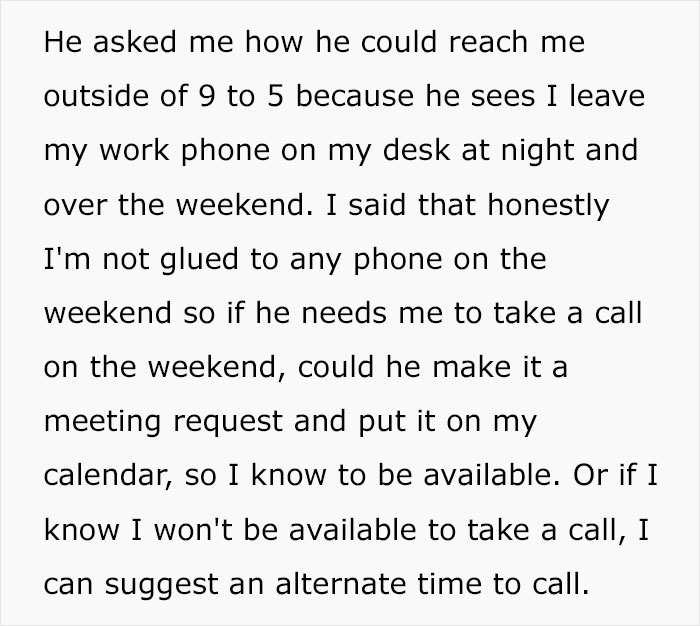 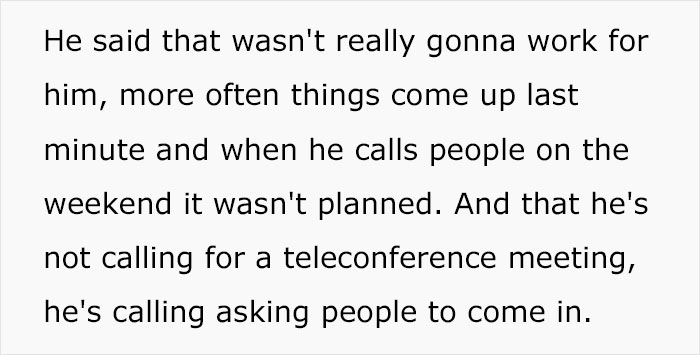 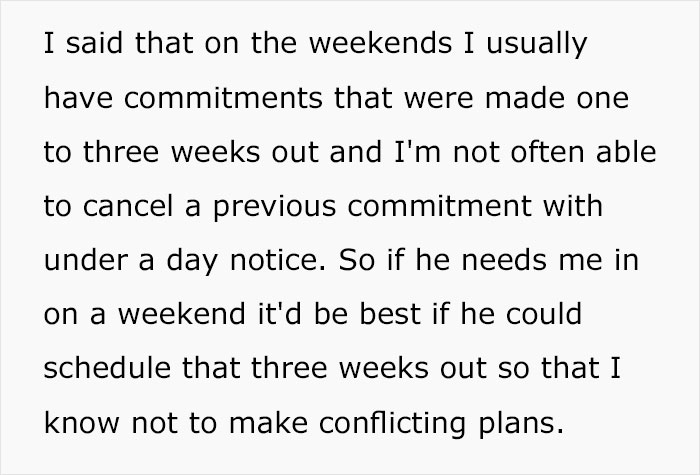 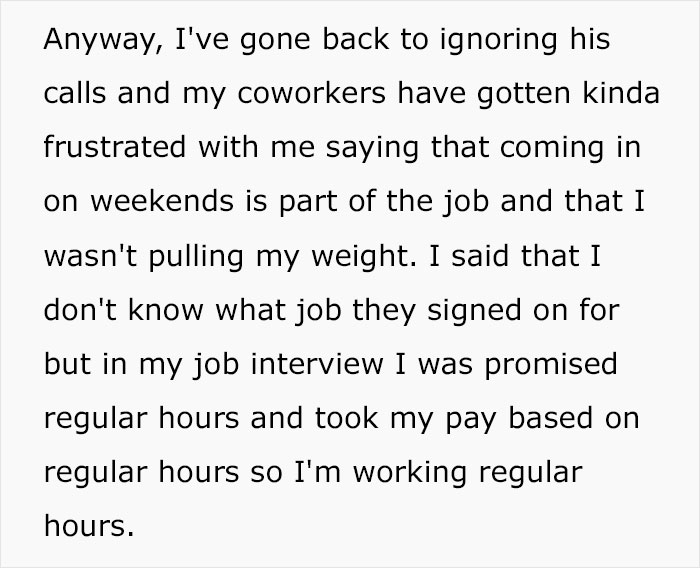 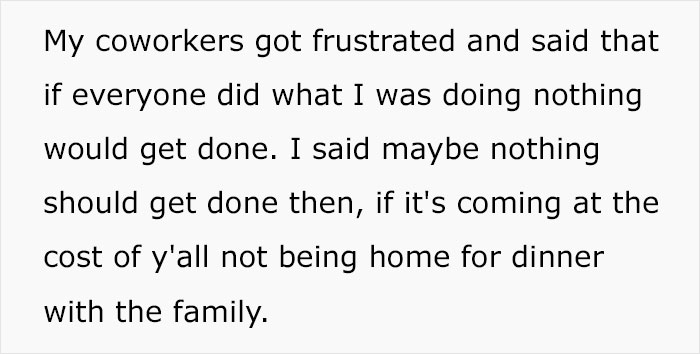 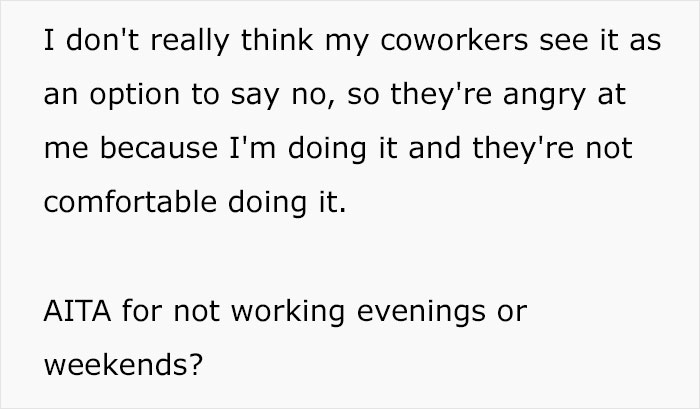 Here’s how people see the situation 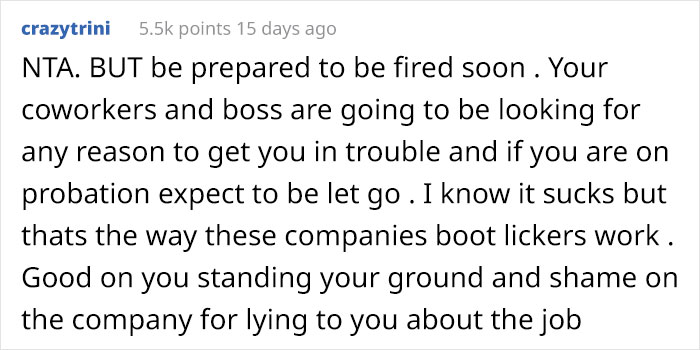 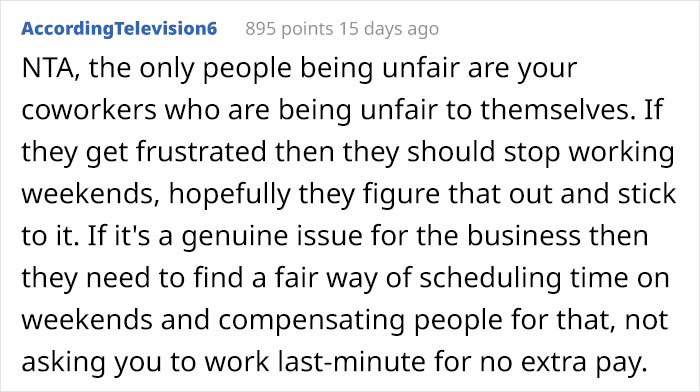 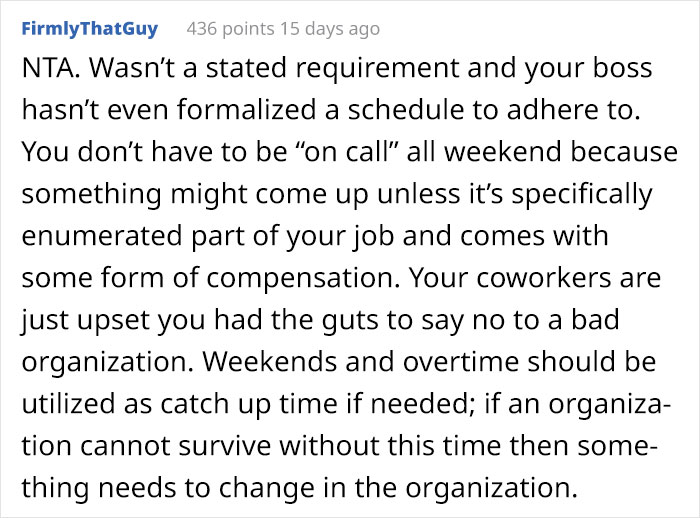 The post Coworkers Angry With Woman Who Refuses To Work On Weekends And Evenings While They Do first appeared on Bored Panda.