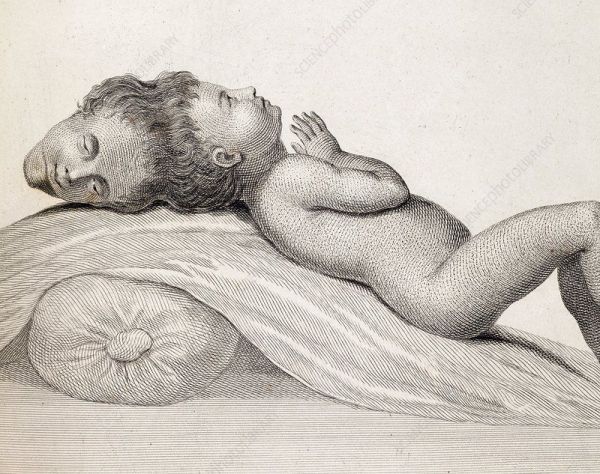 Craniopagus parasiticus is a condition of a conjoined parasitic twin that consists of a head joined to the other twin’s head. The parasitic twin has either no body or an underdeveloped body, and cannot live without the autositic twin. Only ten cases have ever been documented, and only four survived birth. Of those four cases, one died shortly after birth, and two died from complications after surgery to remove the parasitic head. That leaves the earliest case known, that of a boy born in 1783 in Bengal, India.

The boy, whose name is not recorded, was exhibited by his parents for money for some time, and became rather famous. After he died from a cobra bite at age four and was properly buried, he was the victim of grave robbery and was dissected. The examination revealed a completely separate brain for the parasitic twin, which raises some serious questions. His skull now resides at the Hunterian Museum of the Royal College of Surgeons in London. Read about the short but eventful life of this child and what was found out about his, or possibly the plural “their”, anatomy at Amusing Planet.