YouTube maker Scott Prints created this gag for his car. No, it doesn’t actually eject the passenger, but it is a wired button that does activate something. 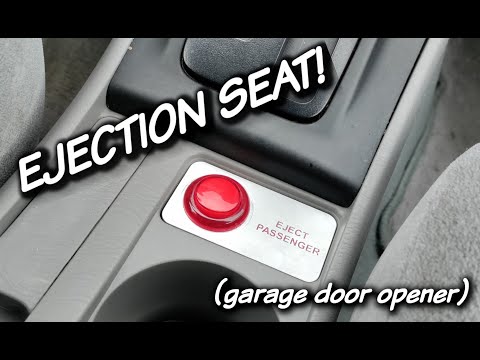 Specifically, it’s wired to a garage door opener. The device lodges into a cubby in his car. This video shows his step-by-step process for designing and building the gadget.

Scott Prints hopes that his next passenger asks about it. He already has a few lines prepared:

He asks that viewers suggest their own lines to feed to unwary passengers.

-via Hack a Day