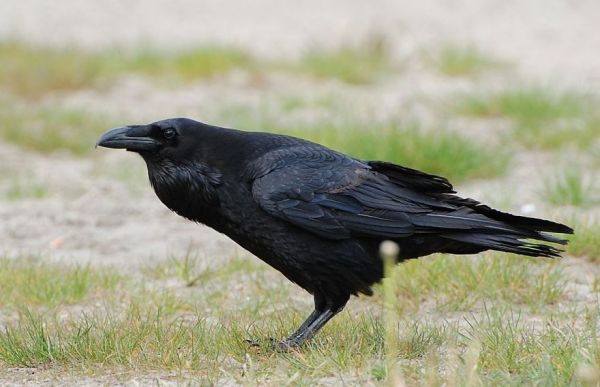 On any internet forum with a substantial readership, you better double check before you misidentify any animal. Someone will correct you, then someone else will disagree, and soon the entire point of what you posted becomes lost. It’s easy to see a bird of the genus Corvis and call it a crow, but if it’s a raven, rook, or jackdaw, someone will tell you. This exact controversy blew up on reddit a few years ago, even though the posted picture was a cartoon fish. The BS Historian tries to sort the language of crows and ravens out for us.

My title is inspired by Kaeli Swift‘s Twitter quiz ‘Crow or No?’, in which her followers must guess whether the bird in the image is a Crow or not (you should check out her site and Twitter feed linked above if you, like me, love Corvids. In this context she is being quite specific – the bird must have ‘Crow’ as part of its colloquial English name. So the above Raven would be a ‘no’, even though (unlike some birds that she posts) it is part of the genus Corvus, usually equated with ‘Crow’ in everything from modern specialist literature to everyday speech. Most people that know anything about corvids know that the Raven, the largest of the Corvids and of the genus Corvus, is a type of ‘Crow’. I was so sure of this myself that I have corrected people who’ve said ‘that’s not a Crow’ with ‘yes it is – Ravens ARE Crows’. But as I read into historical usage, I came to the conclusion that this isn’t strictly true, or at least, it didn’t used to be. It should really be the other way around; the Crow (and other members of the genus Corvus) are really types of Raven. Let me explain…