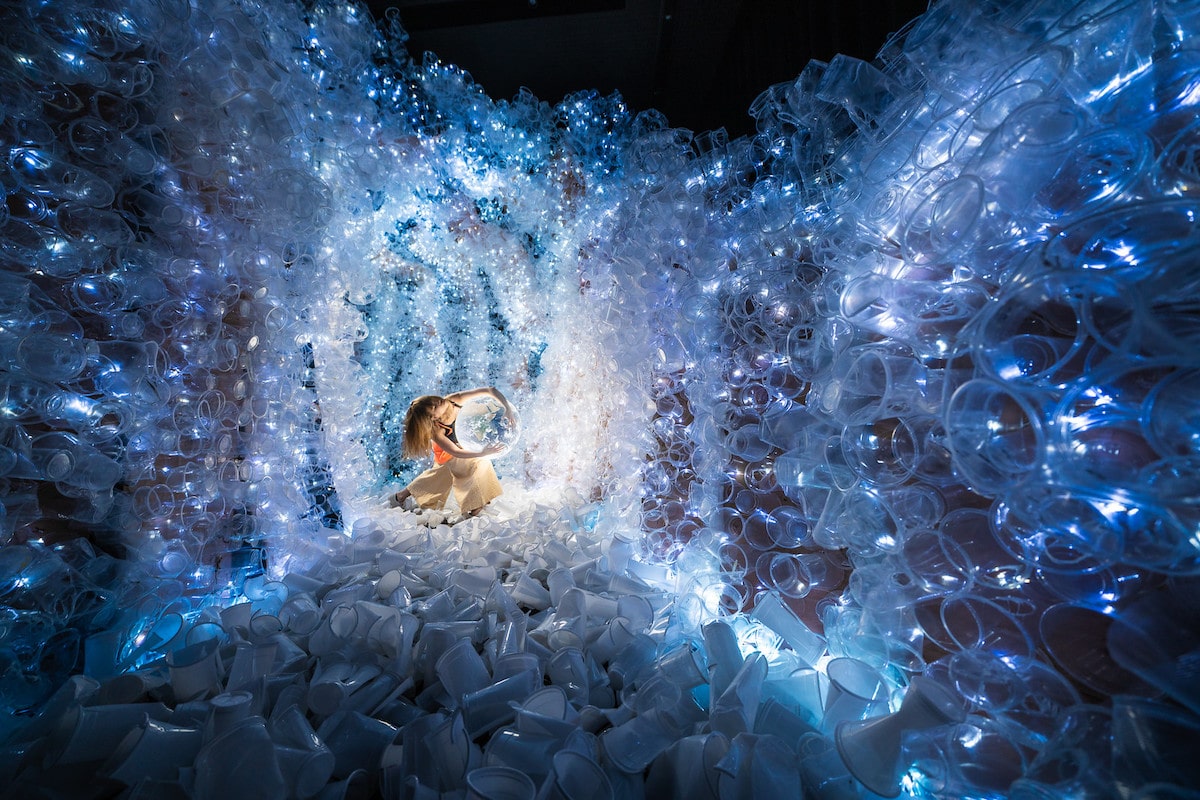 Nearly three years ago, Benjamin Von Wong made the shift from the title of photographer to social impact artist that only engaged in projects that have an “impact component” to them. Since that time, he’s paired a mission-driven career with his creative abilities and produced projects that are both visually striking and encourage societal change. Von Wong’s latest endeavor is called Plastikophobia, and it’s an immersive installation that raises awareness about the harms of single-use plastic pollution by creating an entire world with to-go cups.

Plastic cups are ubiquitous in restaurants. “We don’t even think twice about how little sense it makes to use take-out cups within a dine-in setting,” Von Wong writes. Like his recent Strawpocalypse installation, he wanted to start a conversation about the types of cups that are used once and later end up in a landfill or the ocean. Von Wong’s idea was to create a “selfie-ready” art piece that features a massive amount of discarded plastic cups. 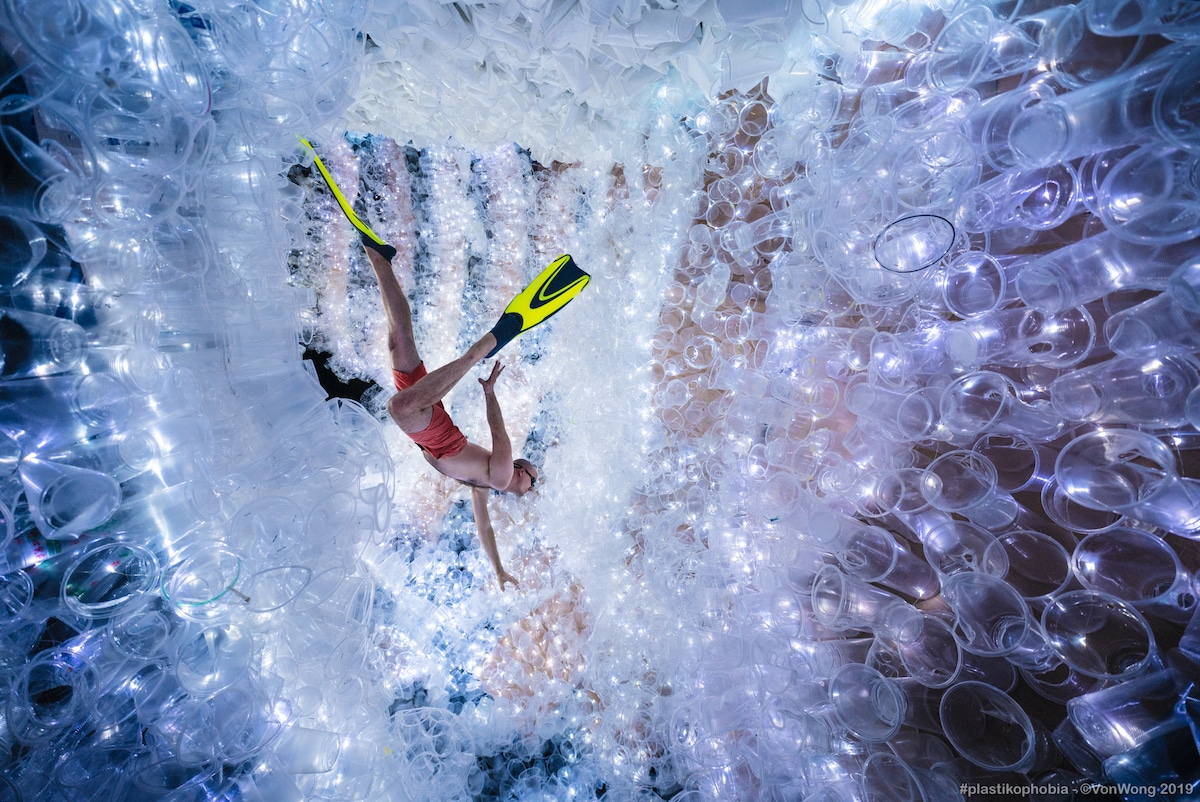 Gathering the material for the installation wasn’t hard. In just a day and a half, Von Wong and his volunteers collected 18,000 plastic cups from two dozen “hawker” centers across Singapore. They spent two long days cleaning the dirty cups and getting them ready to be made into art. With the help of local fabricator Joshua Goh, the team fashioned them into a crystal-like cave that glowed with tiny LED lights. The hope was that the compelling visuals would entice passersby under the guise of a cool selfie. Once they’re inside, they would realize that this entire piece was made with single-use plastics and think twice the next time they are offered this type of cup.

With the installation assembled, Von Wong documented it through his gorgeous photography. Contemporary dancer Jialin Neo moved around the space holding a Broncolor Balloon Lamp and Max Pagel (an LED volunteer) dressed as an underwater diver complete with fins. “[We decided to] invert the image to create the illusion of a swimmer inside of an ocean filled with plastics.”

Plastikophobia is now on view at the Sustainable Singapore Galleries in the Marina Barrage until April 18, 2019. 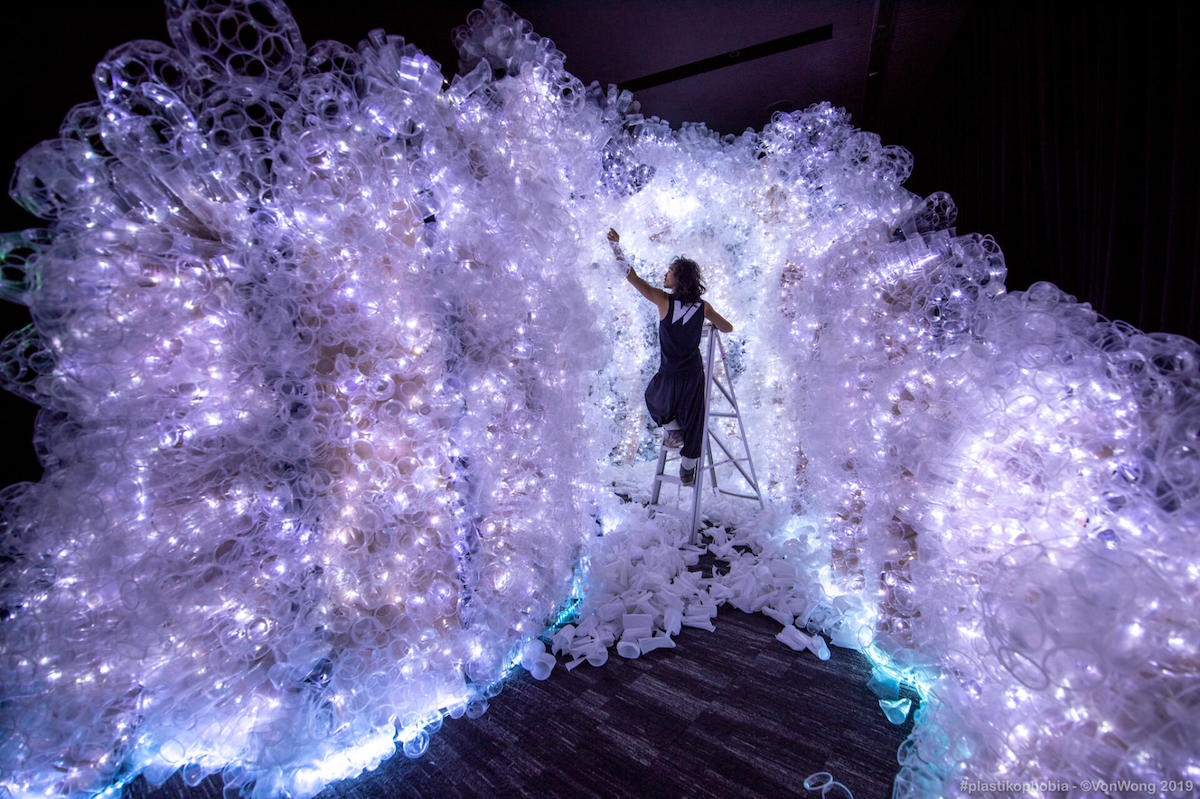 With the help of many volunteers, Von Wong collected 18,000 discarded cups and arranged them into a crystal-like cave. 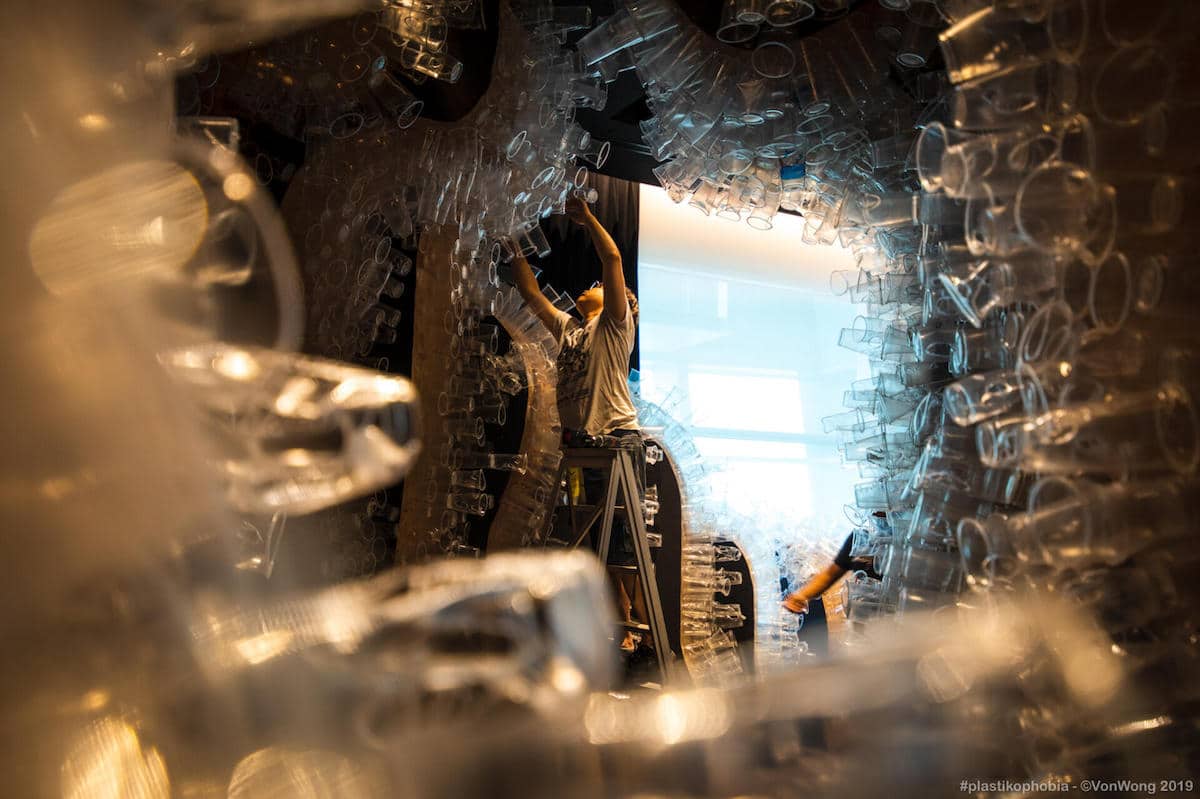 The hope is that people will enter the immersive installation under the guise of a cool selfie, but leave there thinking twice about using plastic cups in the future. 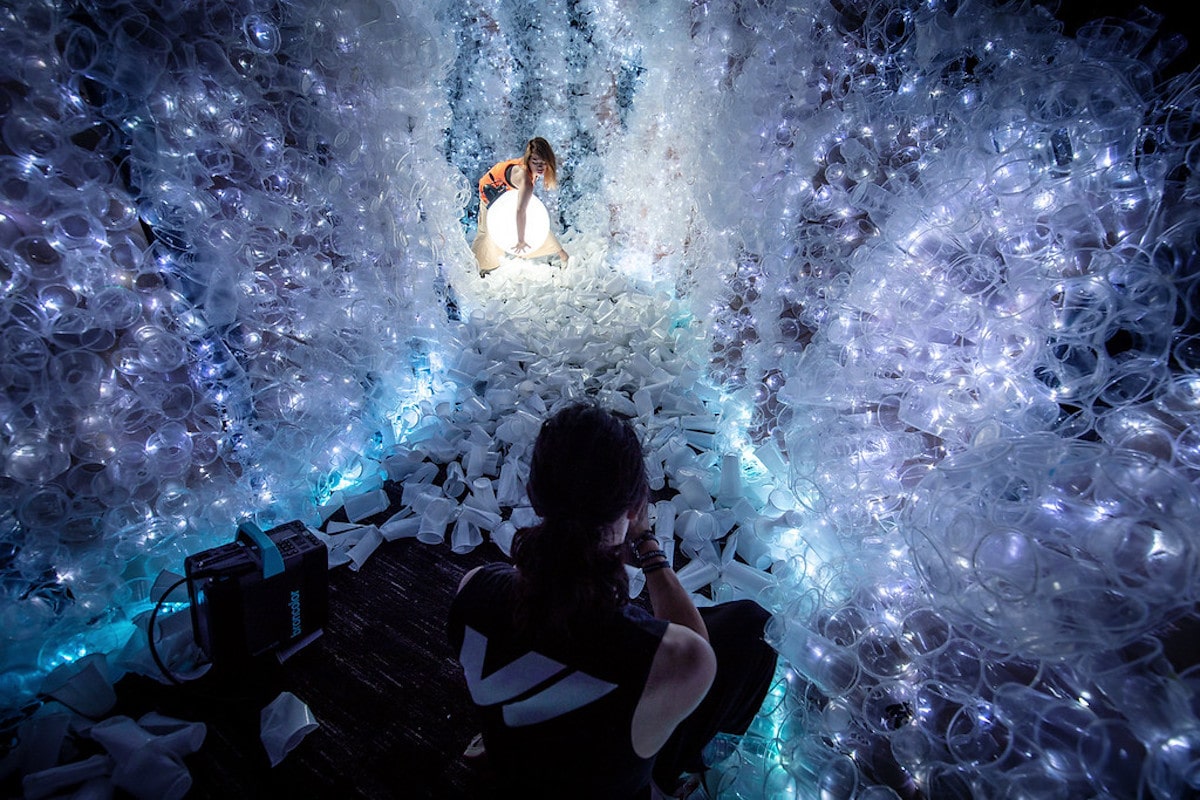 Learn more about Plastikophobia in the video below:

My Modern Met granted permission to use photos by Benjamin Von Wong.

4,100 Pounds of E-Waste Are Transformed Into Post-Apocalyptic Landscapes

Mermaid Swims in a Sea of 10,000 Bottles to Spotlight Plastic Pollution

The post Crystal Cave Made of 18,000 Plastic Cups Makes Us Reconsider To-Go Cups appeared first on My Modern Met.