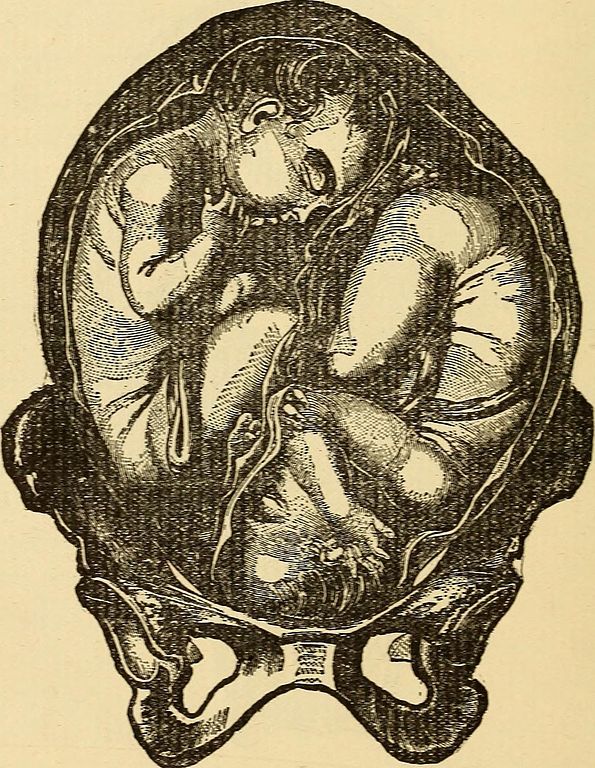 A woman in California, Jessica Allen, agreed to become a surrogate mother for a couple from China. Allen and her husband already had two sons. An embryo from the couple was implanted, and the pregnancy confirmed. Later tests showed that Jessica was pregnant with twins, which the surrogacy agency assumed were identical twins. But after the birth, the Chinese government demanded a DNA test before the couple could get passports for the twins. That test showed that one twin was not related to the couple! Further tests showed that the boy was the biological child of Allen and her husband, Wardell Jasper. It was a rare case of superfetation, or getting pregnant when you are already pregnant. The logical thing would be to return the baby, then called Max, to his biological parents. But there was a problem.

Allen had been paid extra for carrying twins. The case worker insisted some of that money needed to be paid back to the intended parents. She was also asking for money to pay for the care of the baby while he was in their care.

It was money that the family simply didn’t have. And it was hard to find a lawyer who knew what to do in this unusual situation.

At one point Allen says the surrogacy agency offered an option — if they gave up custody rights to the boy and agreed to have him adopted out, the bills would be paid by the adoptive parents.  They wanted a decision right away.

The good news is that Max was returned to Allen and Jasper at the age of two months. The bad news is that the baby, now named Malachi, is still not recognized as their legal son and has no birth certificate. Legal wrangling continues between Allen and Jasper and the surrogacy agency. Read the story at CBC and get even more information from the attached audio story. -via Metafilter