This story comes from a dad who hasn’t spoken with his daughter in years. “When she was 15 we found out she wasn’t my biological daughter and my wife had cheated on me years ago with a friend,” he wrote in a heartfelt post on r/AITA that received 21.2k upvotes.

The family collapsed after he divorced his wife, and his daughter “started pulling away from him.” At one point, she decided to live with her biological father, breaking the author’s heart and leaving him very depressed.

Now the situation has changed and the author’s daughter reached out to him after years asking if he could walk her down the aisle. After refusing, the dad turned to people online to find out if it was really the right decision.

After not speaking with his daughter for years, this father receives a request to walk her down the aisle, to which he refuses 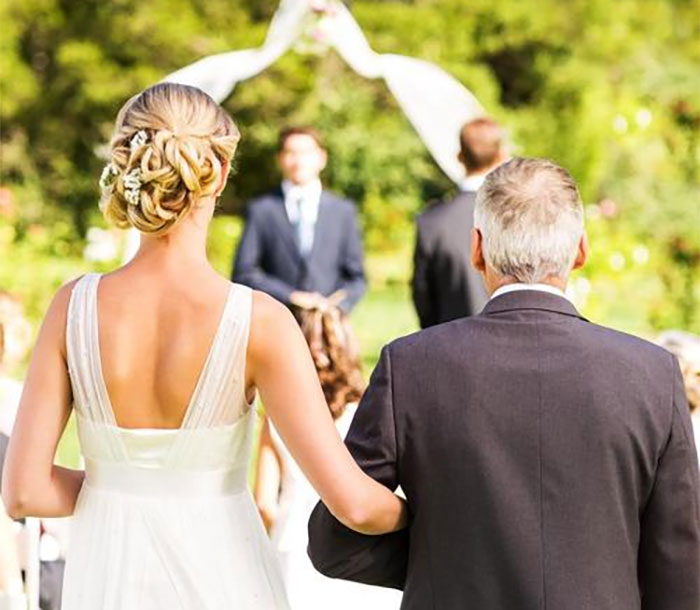 It turns out that he’s had a very complicated relationship with his daughter, who turned away after finding out he is not her biological father 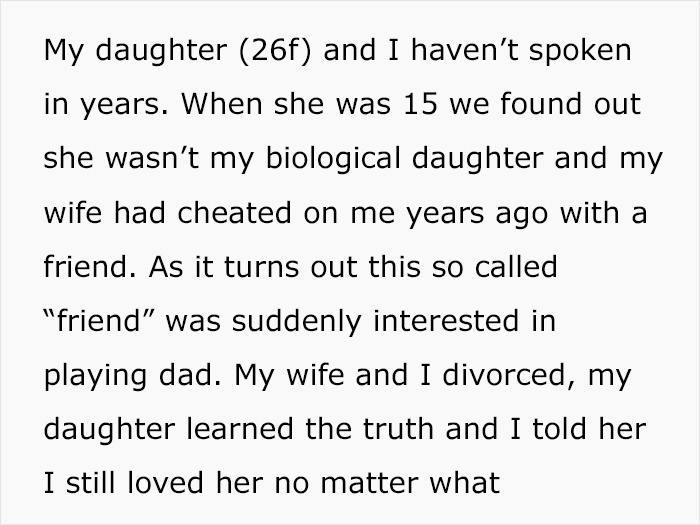 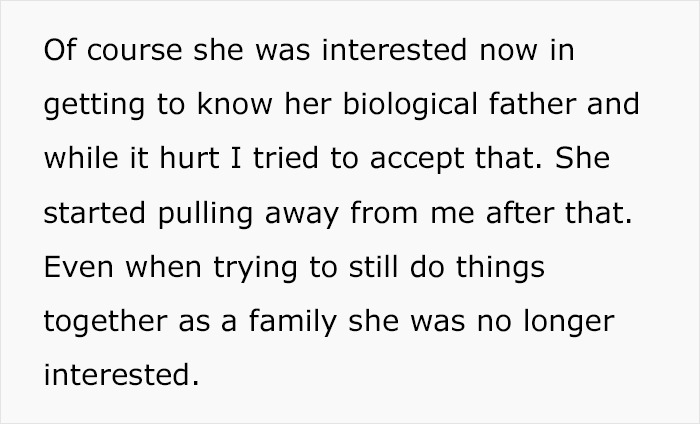 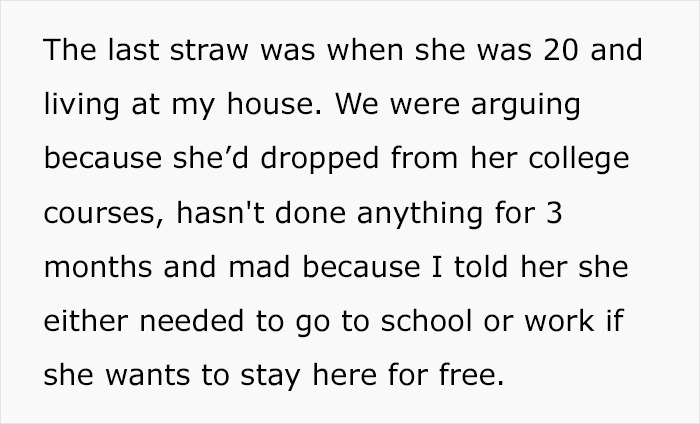 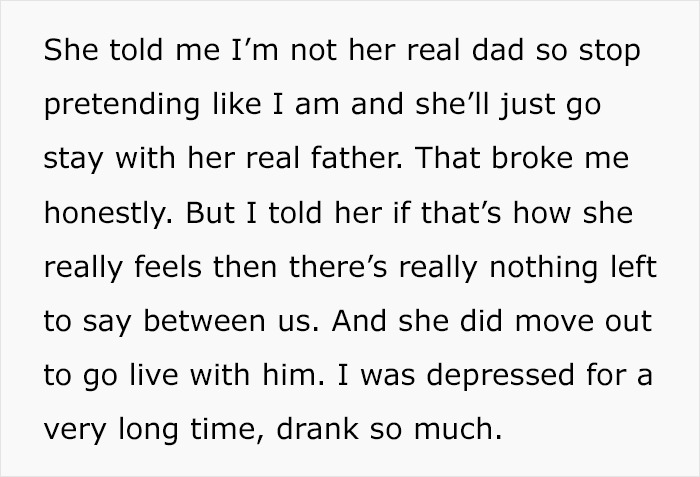 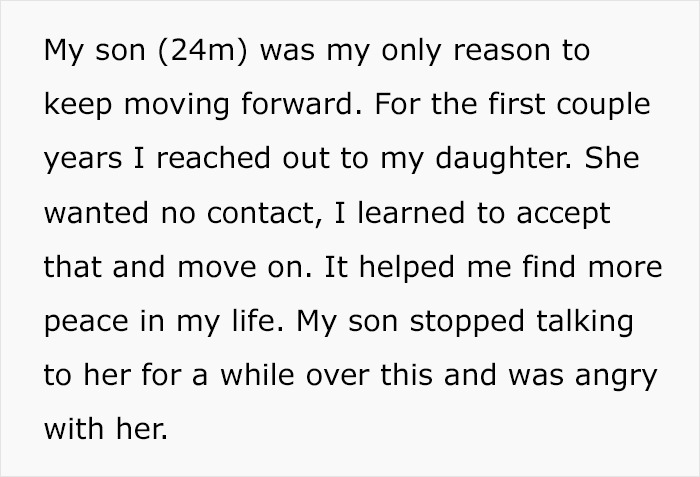 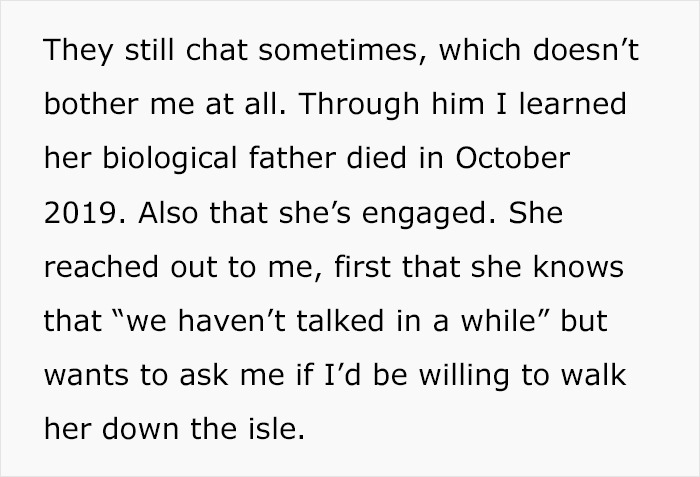 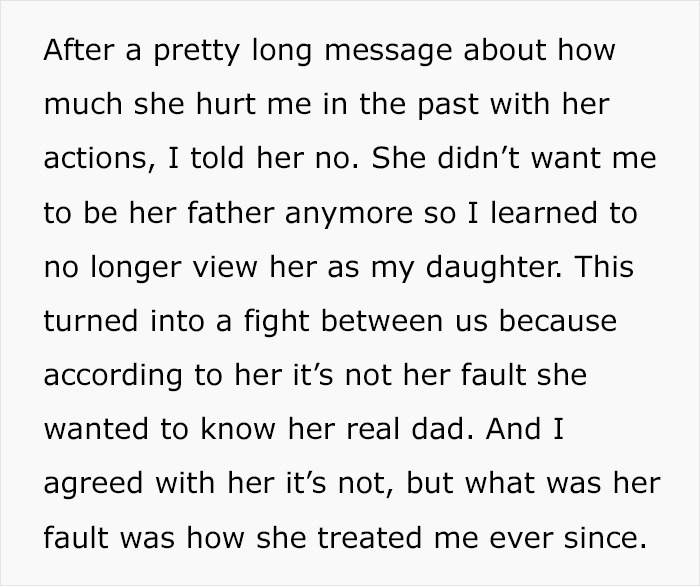 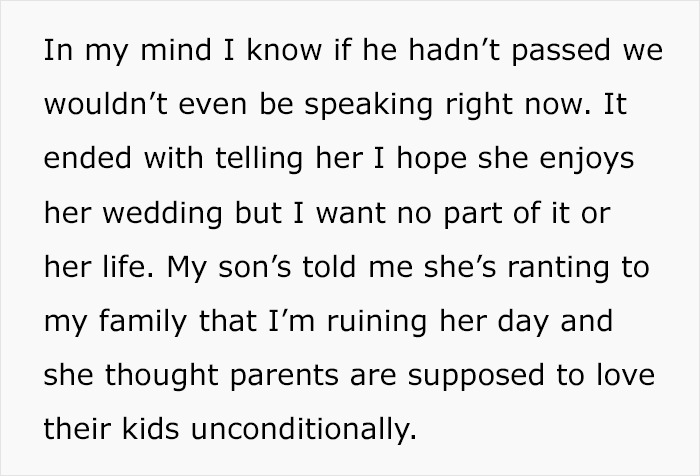 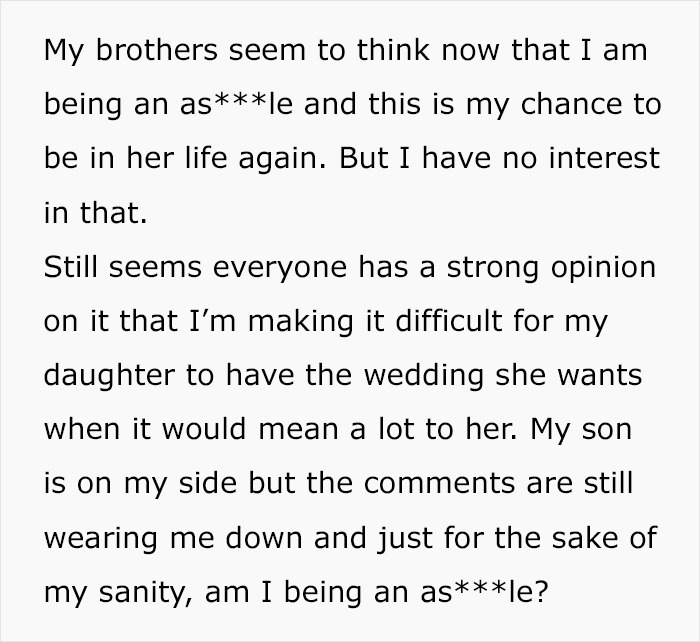 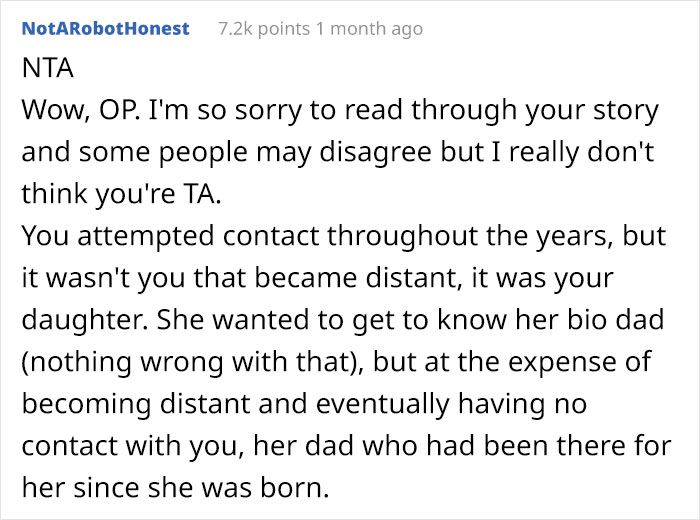 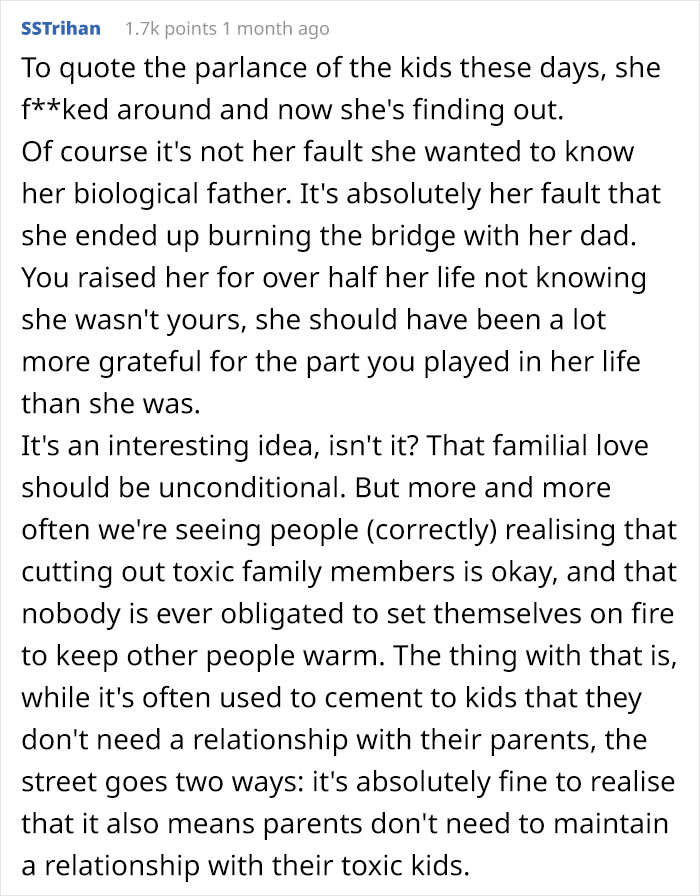 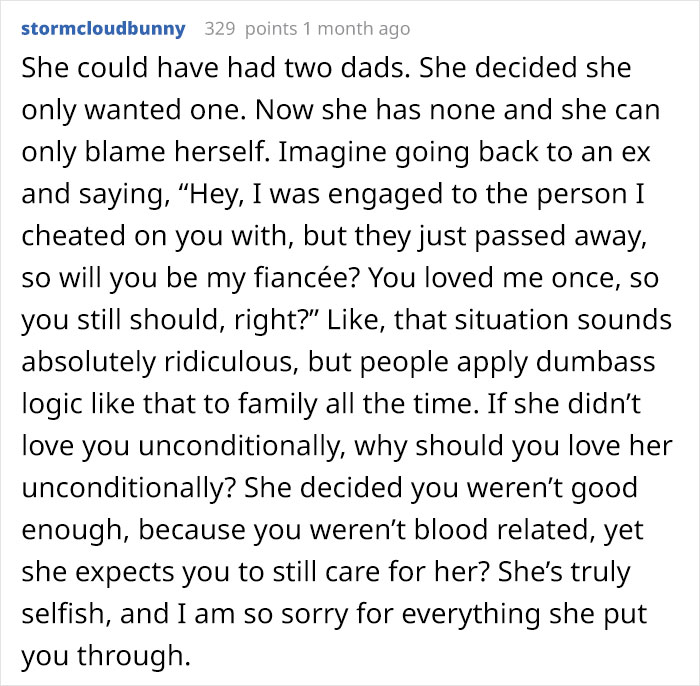 The post Dad Asks If He’s Wrong To Refuse To Walk His Daughter Down The Aisle As She Was The One Who Cut All Contact With Him Years Ago first appeared on Bored Panda.