Needless to say, whether you are a helpful person in general, or pick it up along the way, becoming a parent cranks that quality up to eleven whenever your kid needs help.

But this one dad online not only jumped right in to help out his son, who had recently quit his job and was asking if he and his whole family could stay with him, but also turned it around to serve as a wholesome reminder that all parents ought to help their kids recoup from things like abusive workplaces.

Being a parent means being the ultimate pillar of support for your kid… it’s in the parent’s ‘job description’, you know 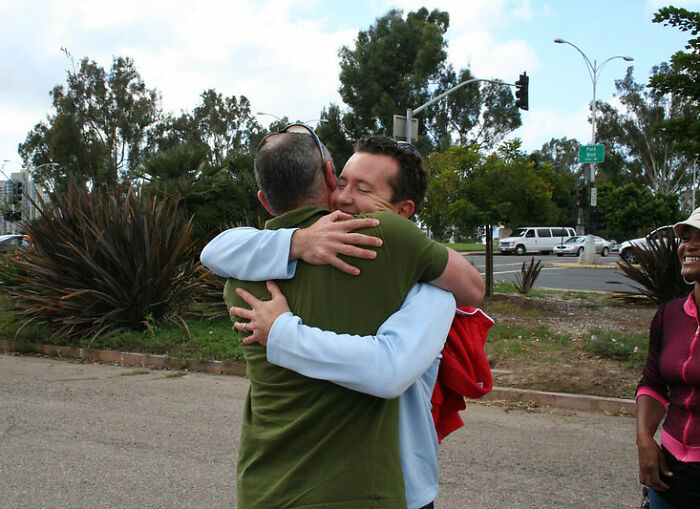 So, last week, Reddit user and father u/watkinobe shared a story of how his son quit his $45,000 a year job, without any prospects whatsoever, and asked if he, his wife, and his 2-year-old daughter could move back in until he gets back on his feet.

And one such parent has recently shared a story of support for his son, turning it into a reminder and example for all parents 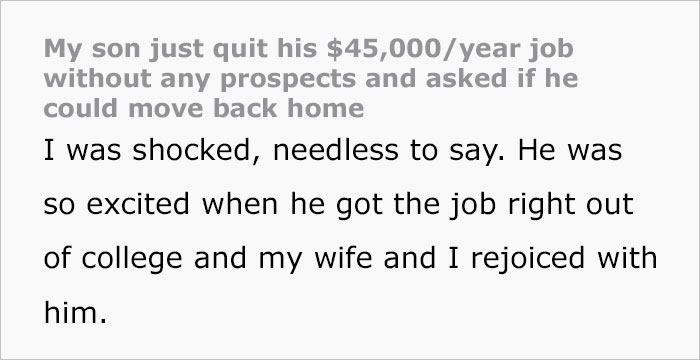 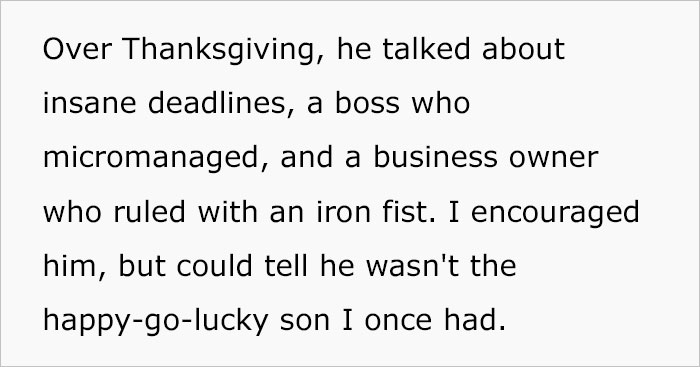 You see, Watkinobe’s son got a job right after finishing college and was as excited as he could ever be, but the job turned toxic with bosses who micromanaged, owners who ruled with an iron fist, and demanding deadlines, no doubt among many other things.

The son, being a family man himself, felt he had a duty to provide for his family, so quitting a job like he did was not a sound decision for him. However, when he later called dad, trying to manage the situation he and his family were in, asking to come back home for a few months, dad, without any hesitation, told him to come over—it’s a big house, everyone’s welcome. 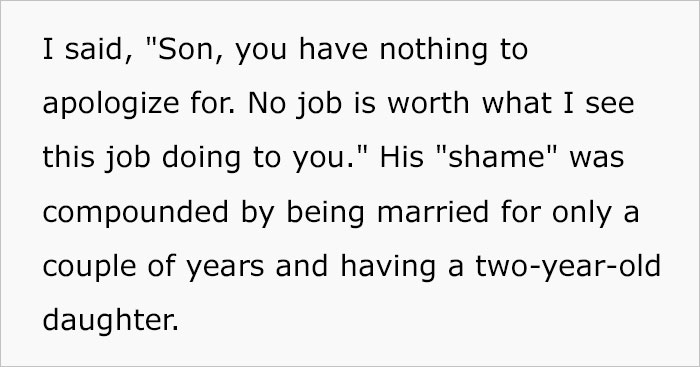 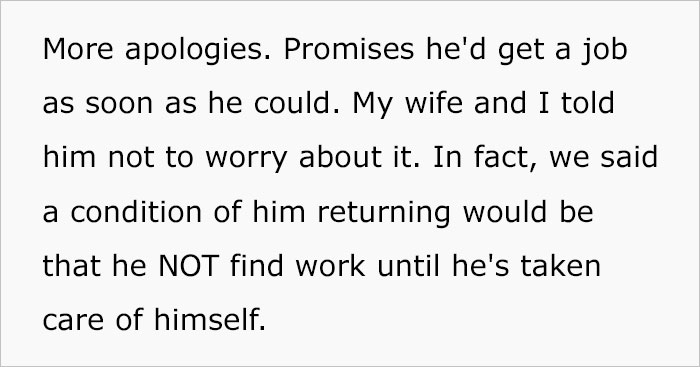 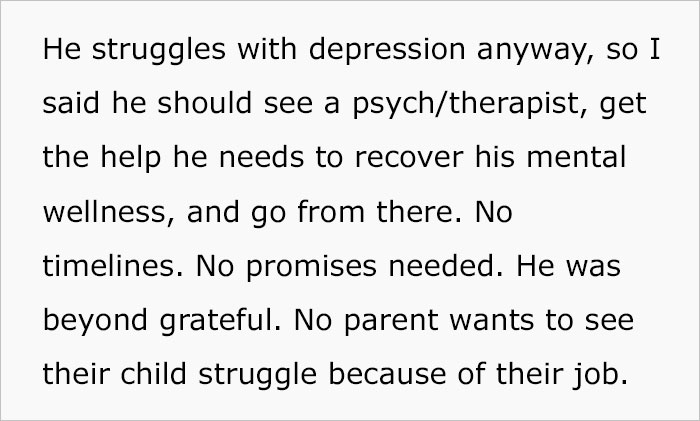 There was a sense of shame, there were apologies, there were promises of a fast bounce-back. “Son, you have nothing to apologize for. No job is worth what I see this job doing to you,” responded Watkinobe, reassuring him that he should come over and take care of himself first before springing back into action. There were no timelines, no promises needed, no strings attached.

Soon after this occurrence, the story found its way onto r/AntiWork on Reddit, spun as a reminder and as a piece of advice for parents that they ought to provide a ‘safe haven’ from abusive workplaces, that they ought to trust their kids to make the right choices, and to encourage them in their decisions. 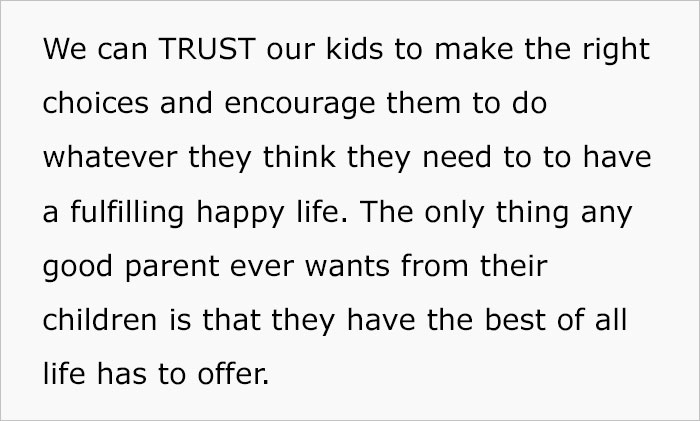 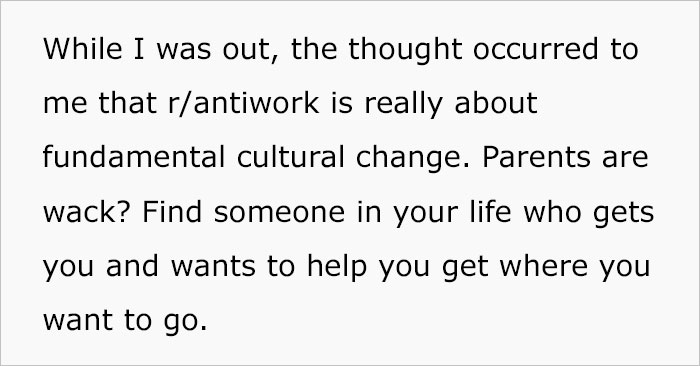 And the wholesome message was heard. The post was soon met with great support, garnering over 71,700 upvotes and a whopping 621 Reddit awards, spawning quite a bit of engagement in the form of 3,800+ comments (as of this article).

Many among the commenters said how awesome of a parent Watkinobe is, and that he ought to be proud of doing parenting right. Others shared their own stories, either about their parents being or failing to be supportive, or the jobs they quit. Yet others thanked him for being a great role model and sharing the story.

Needless to say, people online loved it, effectively saying Watkinobe should get an award for parenting right 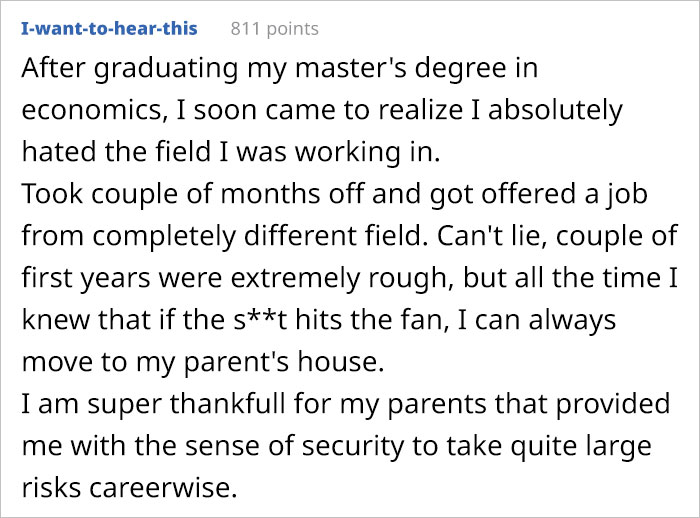 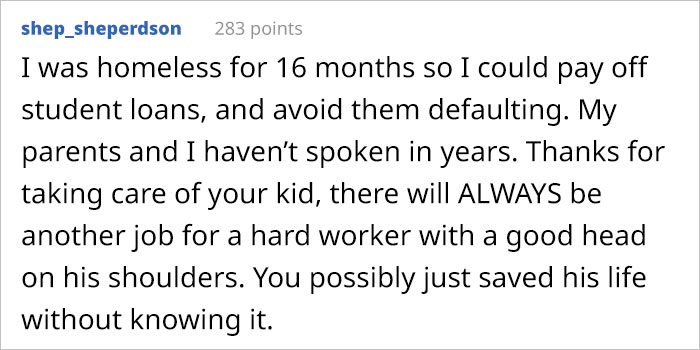 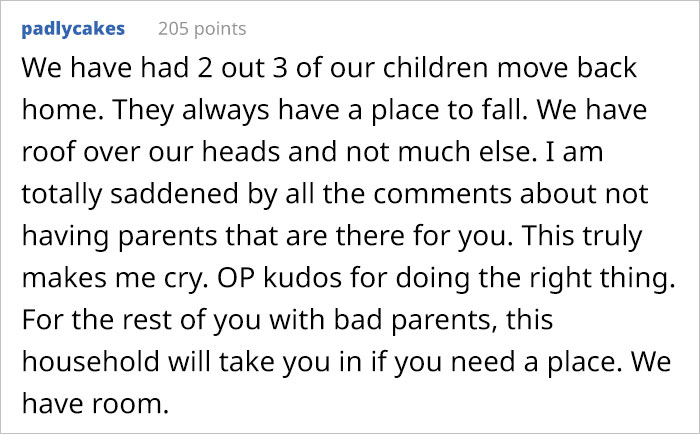 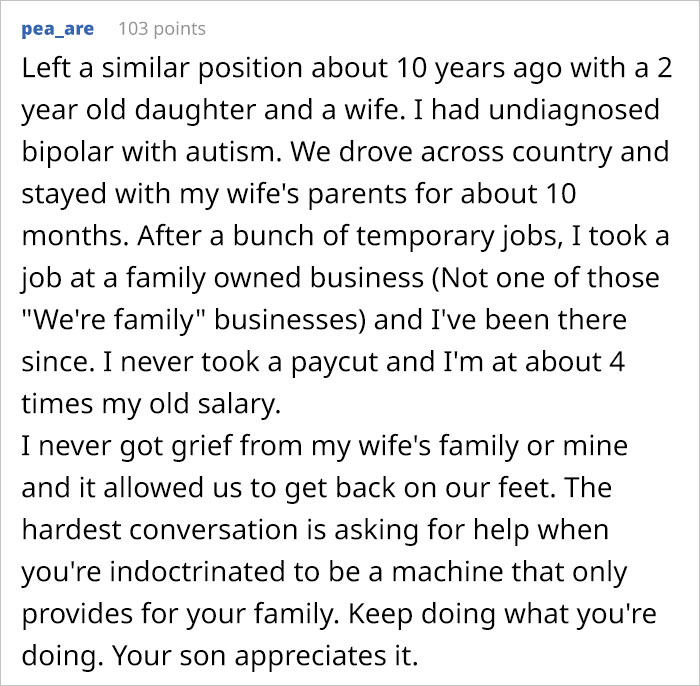 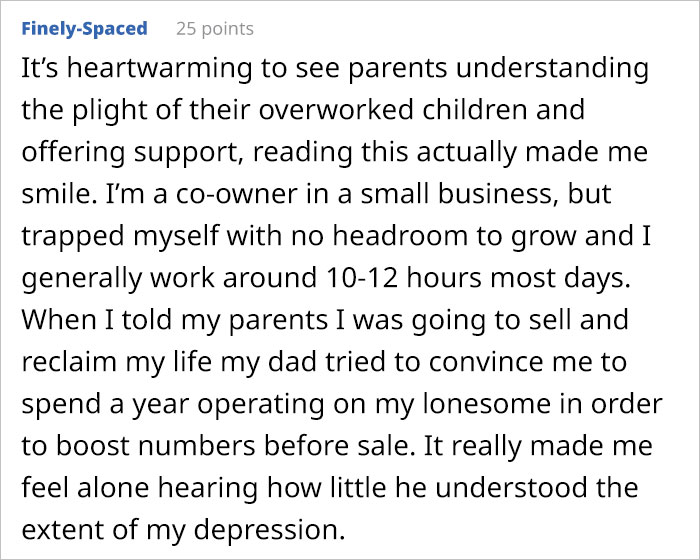 You can read more and see more of the community’s reactions by checking out the original post here. But before you go, tell us your thoughts and ideas in the comment section below!

The post Dad Sets An Example By Supporting His Son Who Quit His ,000 Job And Asked To Stay With Him first appeared on Bored Panda.