Insulting and gross or an important life lesson with some harsh truth in it? That’s what internet users are discussing after seeing a list of rules to live by that a 16-year-old got from her boss on her very first day at the job. Her dad, from New Zealand, shared a photo of the letter on Twitter because he was outraged by the things written there.

It’s an 11-point list that summarizes the boss’ views on life. (Though, as some later pointed out, the list isn’t original and he must have copied it.) And it started up a fiery debate online. While many people were quite understandably angry at the cynical ‘Boomer’ ideas expressed there, others thought that not everything written there was as ridiculous as it first sounds. The job industry is a tough place, after all.

Have a read through the list and how other people felt about it, Pandas. And when you’re done, we’d love to hear your thoughts on it, in the comments.

The furious dad of a 16-year-old shared the letter her boss gave to her. He thought that the list of rules to live by was horrendous 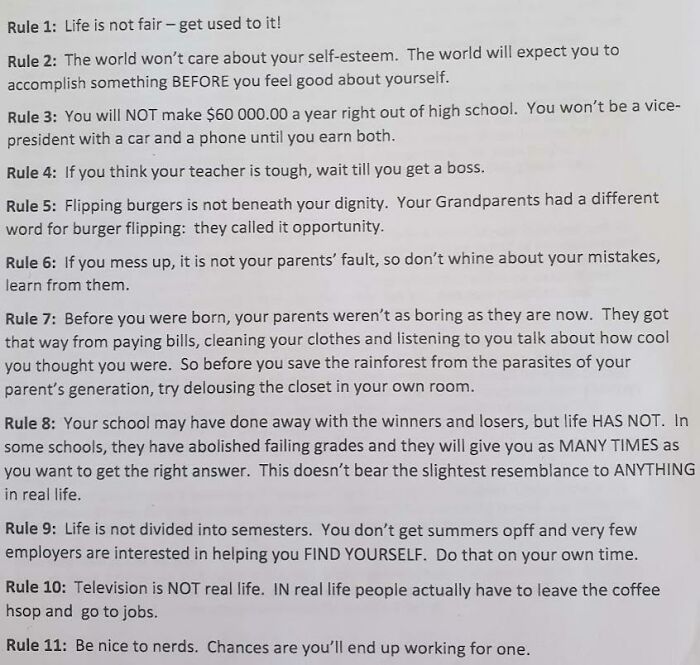 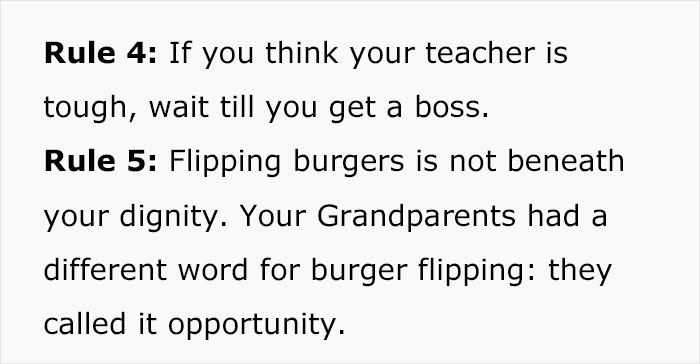 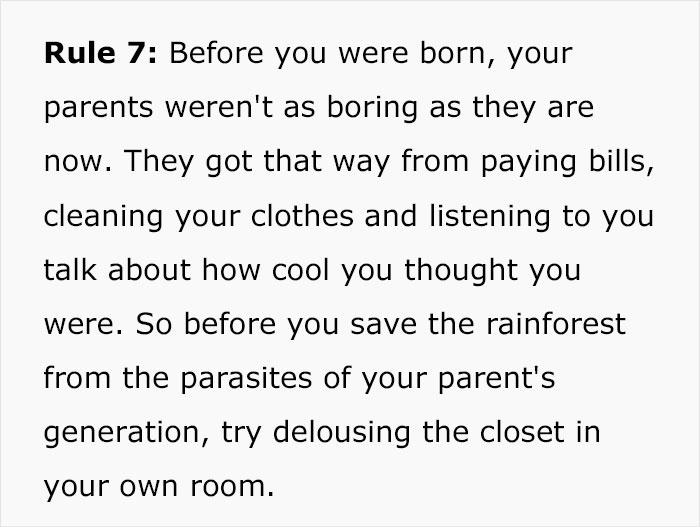 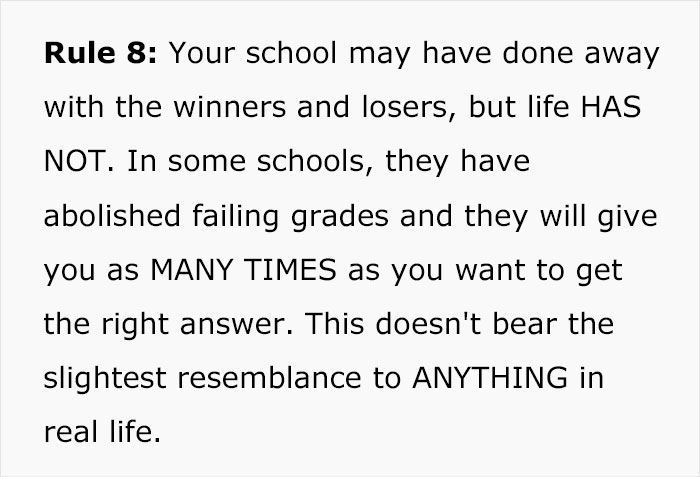 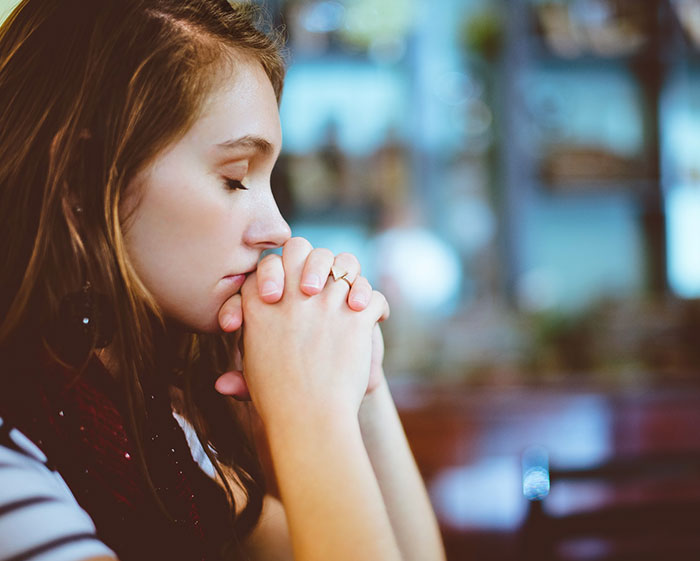 The dad, Twitter user @essjax, only shared the letter his daughter got after she had already left the job. That way, the attention that the list got wouldn’t reflect badly on her while she was still employed.

According to the dad, the local retailer (which he didn’t want to name) pays well under the minimum wage and mostly employs teenagers.

Others still shared some of their positive experiences with actually good bosses back when they first started working. Meanwhile, a few internet users pointed out that (despite the demoralizing, demotivating phrasing) some of the points on that list were a dreary but realistic view of how tough and harsh life can actually be.

Eddy Ng, the Smith Professor of Equity & Inclusion in Business at Queen’s University, previously explained to Bored Panda what separates a strong leader from a weak one.

The professor stressed that strong leaders are moral, principled, and always do the right thing. They are also humble, empathetic, and genuinely care about their employees. Meanwhile, weak bosses are those who diether or aim to do only the things that make them popular.

“The notion of servant leadership is gaining attention in the workplace. Although it is associated with many of the strong leadership traits such as empathy, selflessness, and humility, the focus is on the leader’s propensity to serve (or support) their followers. Servant leaders empower and lift up followers (employees) to motivate and fuel their passion,” the professor told Bored Panda.

He added that leader-follower relationships are based on the principle of exchange. “Employees can manage that relationship to have work satisfaction. In this instance, employees need to communicate what they need (tools) or work conditions (autonomy) in order for them to perform optimally when working with a controlling boss. Employees need to convey what they can and are able to perform,” he said.

Many people thought that the letter the teenager got was absolutely ridiculous. Here’s what they said 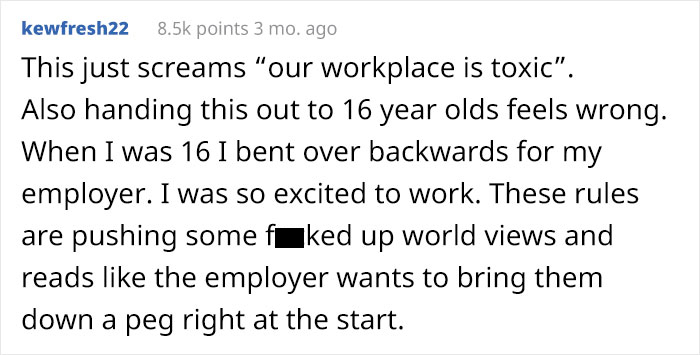 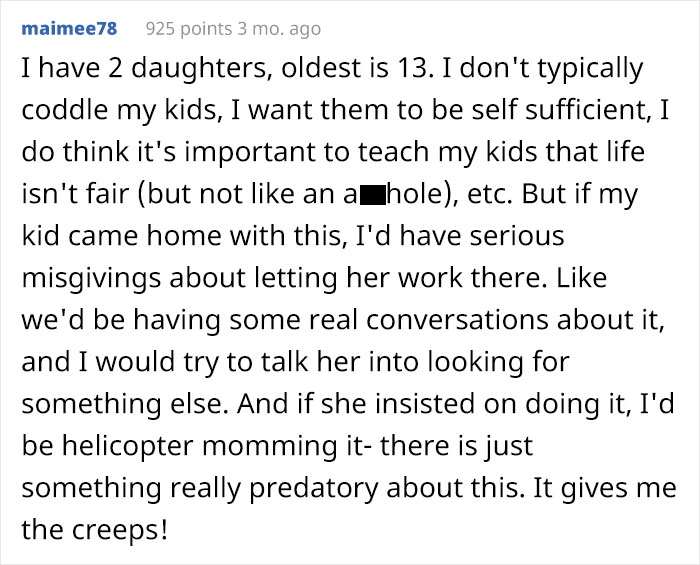 However, some people had a very different opinion about the boss’ list. Some actually agree with the points 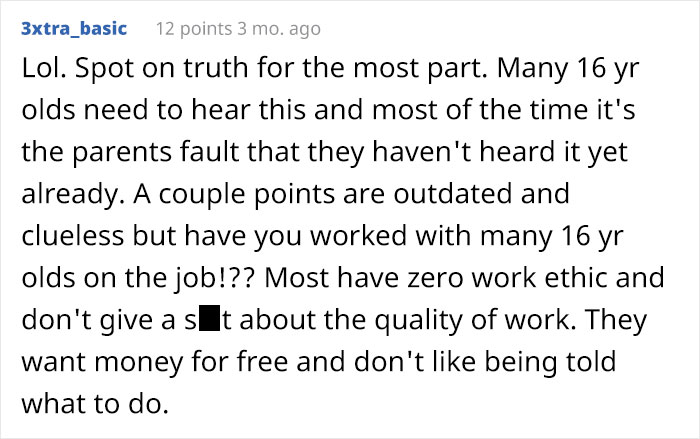 The post Dad Shares A Photo Of The Ridiculous Rules ‘To Live By’ His Daughter’s Boss Gave Her, Starts A Fiery Discussion Online first appeared on Bored Panda.