The terror lying in wait in Neill Blomkamp’s new film, Zygote, is the most disgusting monster his experimental film factory, Oats Studios, has created yet. And that’s saying a lot: so far, the District 9 director introduced us to mind-controlling aliens who experiment on humans, a reality-warping “River God” clothed in flesh armor, and an uncaring God as ugly on the inside as the others are on the outside. The supernatural creature in Zygote, however, is truly nasty, its grotesquery rivaled only by the monster size of Dakota Fanning’s star performance.

Your heart will be racing by the time the credits roll: Zygote was conceived when the phrase “monster made of men” seeded Blomkamp’s mind while he was developing a claustrophobic story about two survivors of a massacre. Fanning quickly came to mind for Barkley, introduced as a “synthetic,” that performs menial or dangerous tasks in the mining facility that backdrops the film. Only she and a blind military officer remain. 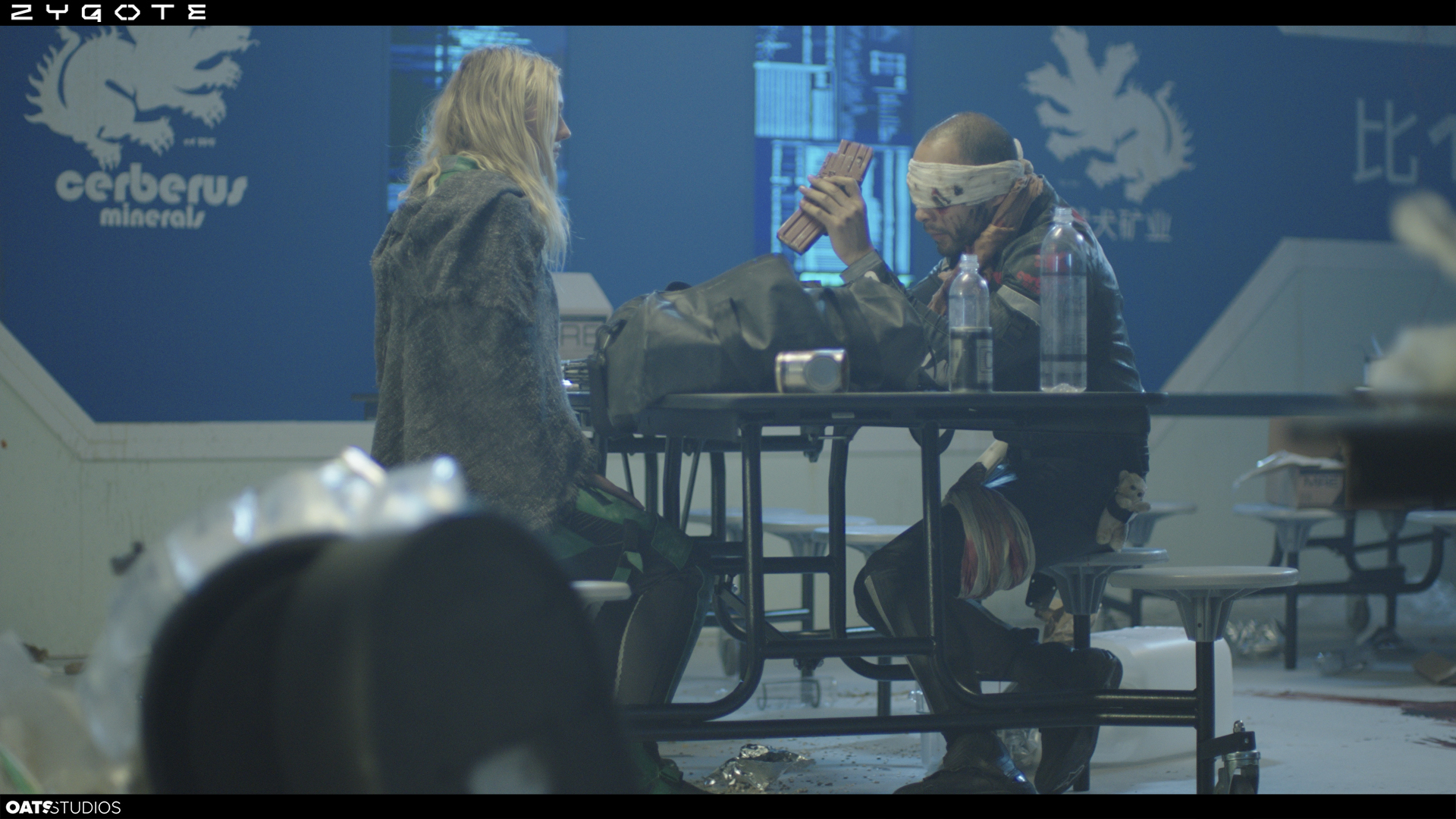 “I had done a BMW commercial with Dakota, and I just loved working her,” Blomkamp tells Creators. This marks a departure from how Sigourney Weaver was cast in Oats’ debut film, Rakka. The two had been slated to work together on Alien 5 for 20th Century Fox, a film which is no longer in production. “When Alien wasn’t happening [Sigourney Weaver] asked me what I was doing,” Blomkamp says. This was halfway through Oats’ two-year incubation period, and Blomkamp was preparing for an early shoot. He sent her a few scripts. “She flat-out loved Rakka, and wrote back that she wanted to play [the protagonist] Jasper,” Blomkamp continues. “I had already cast a male actor, ready to go. And I had to persuade him to let Sigourney come in and take his role.” 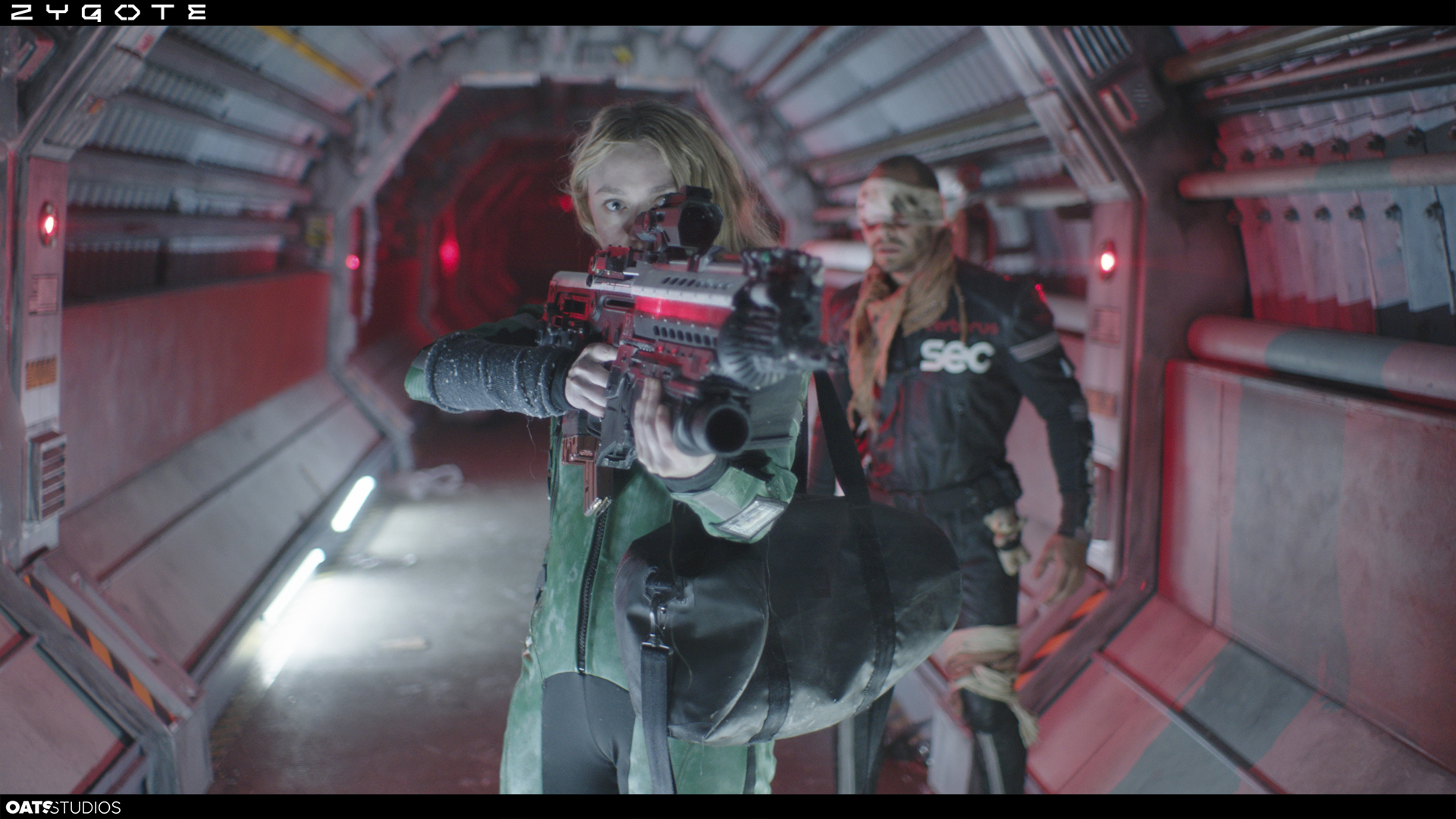 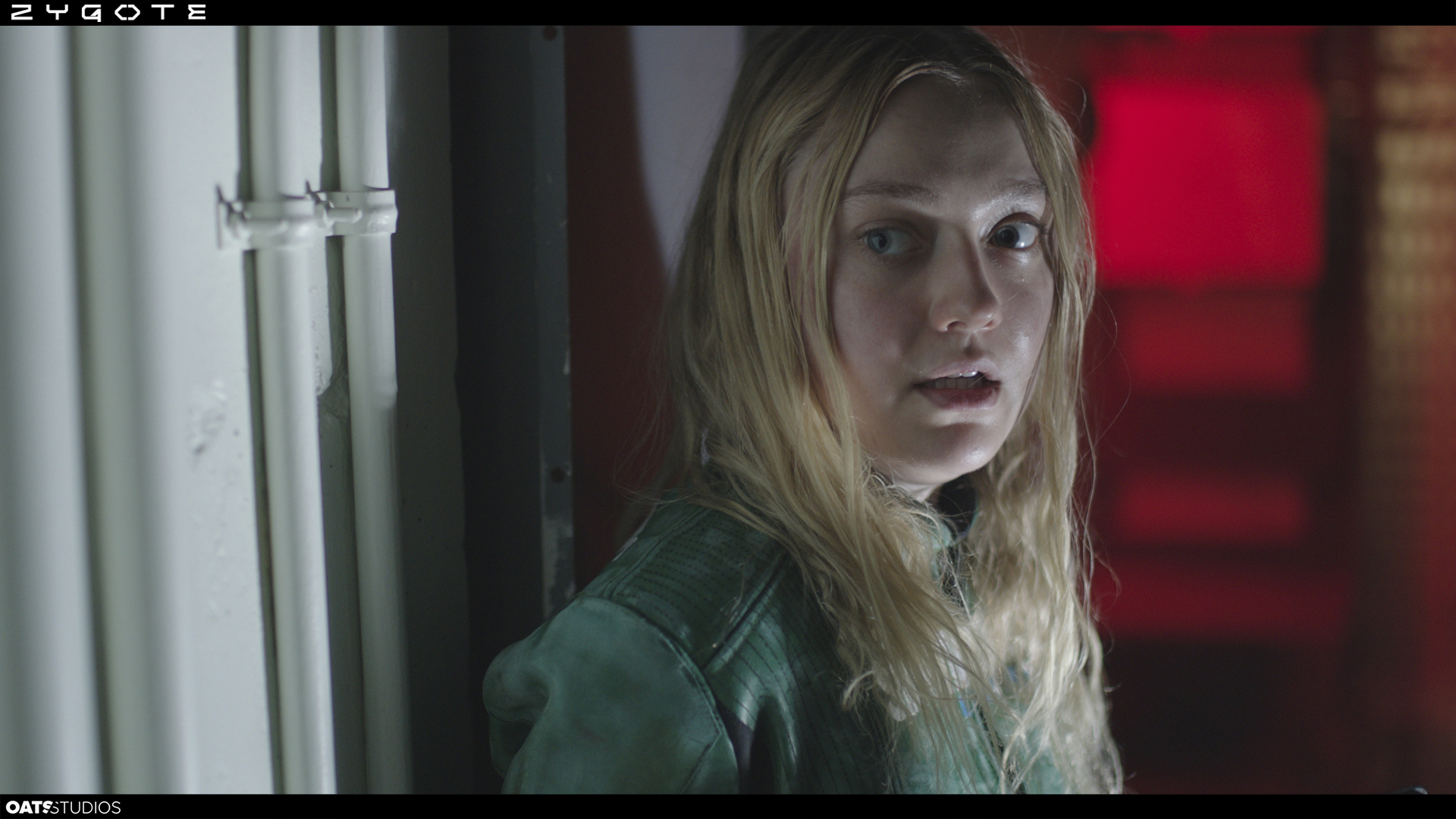 Fanning, on the other hand, was always meant to be Barkley. “She’s such a professional. I actively sought her out,” Blomkamp says, with the disclaimer that, “everything about this film is not normal.” Fanning read the script and, like Weaver, was drawn to the lead. In the beginning she is timid, but comes into her own as she learns the truth about her world—and faces one of the most horrifying visions the dystopian social-sci-fi master Blomkamp has created. Check out her performance—and the 22nd-century Frankenstein she faces—below.

Zygote is the third of four 20-plus minute films to be released as Volume 1 of Oats Studios’ programming. In terms of minutes, we’re about halfway through the material Blomkamp has created, but the majority of the rest are smaller vignettes, like the tongue-in-cheek series, God, and the Adult Swim-surreal Cooking with Bill infomercials. Keep up with the latest Oats Studios films on YouTube and Steam.

[Exclusive] Neill Blomkamp Teases the Horror in His Terrifying Next Film