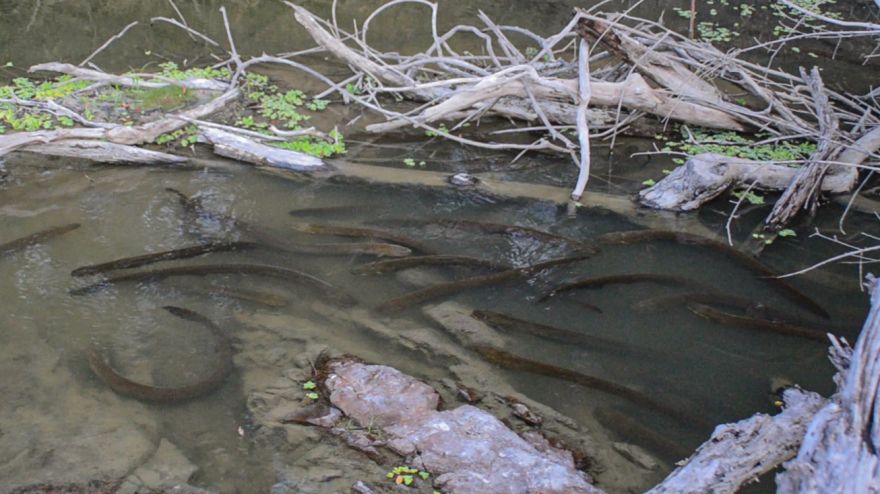 Avoid bodies of water, such as Amazonian rivers or bathtubs. Push those creatures carefully out of your hovercraft. Electric eels are dangerous. Carlos David de Santana, a zoologist, discovered that electric eels can engage in coordinated herd attacks against their prey. BBC News quotes him:

“It was really amazing – we thought these were solitary animals,” said researcher Carlos David de Santana. […]

Douglas Bastos, from the National Centre for Amazonian research in Manaus, Brazil, filmed the behaviour – capturing the moment of the collective electric strike. Small fish, called tetras, are the target of the attack; they fly into the air and land stunned and motionless on the water.

Dr. de Santana previously made headlines when his expedition discovered an electric eel that can deliver 860 volts. If he wants to be a proper mad scientist, he could put these discoveries to villainous uses.