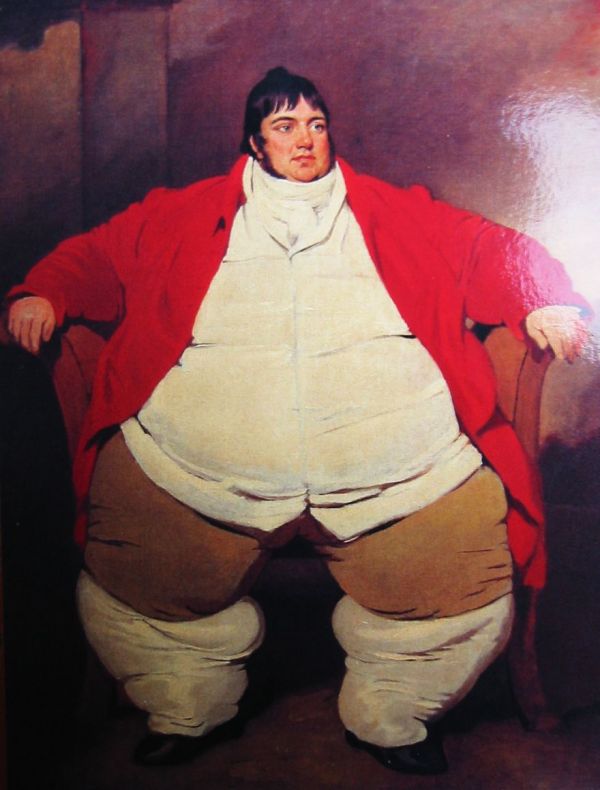 Daniel Lambert was born in Leicester, England, in 1770. That was a time when only the rich could always get enough to eat, and stoutness was an admirable quality, since it signaled one’s more-than-adequate wealth. But Lambert wasn’t upper class; he worked at the local jail, like his father before him. And when he was a young adult, he gained a lot of weight. Lambert became a local celebrity for his girth, and showed off his athletic ability as he participated in sports, especially hunting- until he got too heavy to ride a horse.

Morose about his weight, Lambert became a recluse and shut himself up in his house. In the meantime, stories of his bulk had spread far and wide and curious visitors came to Leicester and used various pretexts to visit his home. Lambert kept away from public eye as much as possible. He also refused to allow himself to be weighed. His friends once tricked him into getting into a carriage on the pretext of going to a cock fight. Once he had squeezed his way into the carriage, the rest of the party drove the carriage onto a large scale and jumped out. By deducting the weight of the previously weighed empty carriage, they calculated that Lambert now weighed 320 kg, making him officially the heaviest person in history, surpassing the previous record-holder, Edward Bright.

That’s 705 pounds! In 1806, Lambert decided to make a living by putting himself on exhibition. He become famous nationwide, and even received a visit from King George III. Read the story of Daniel Lambert at Amusing Planet.