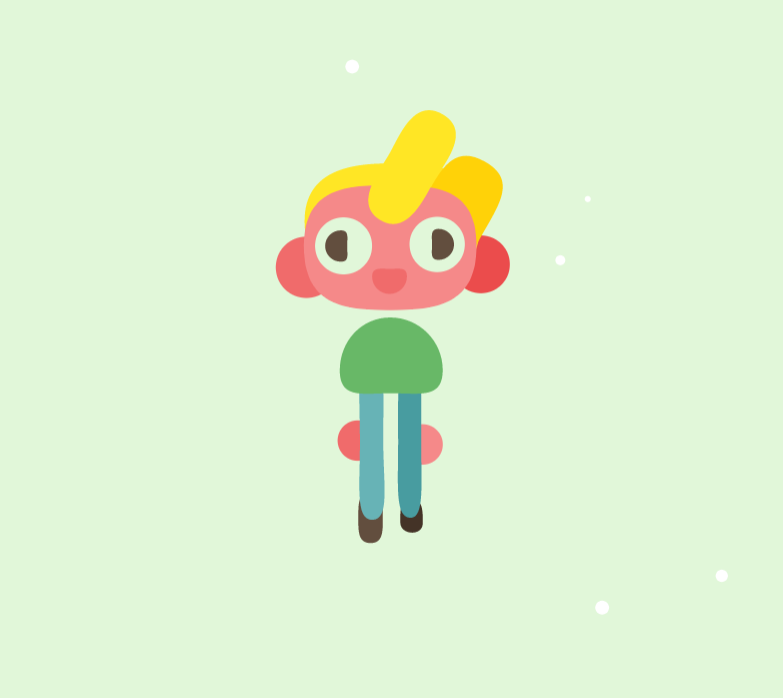 A bottle of soda can be a potent symbol. It can stand for globalisation, the power of marketing, rampant consumerism, and the addictive nature of technology-enhanced food products (like, say, high fructose corn syrup). It’s also, for these reasons, central to British sci-fi author Jeff Noon’s short story Solace which is taken from his 1998 collection Pixel Juice. The narrative, recounted by two friends in a pub, is about a kid they once knew called Nesbit who gets addicted to a soda drink called Spook. He also gets addicted to hacking the ways you can create flavors with it, which you do by twisting the cap to release different tastes. At the end you find out why he’s so addicted, why he’s so obsessed and, well, it amounts to some very unethical and disturbing subliminal advertising.

This rumination on the ethical questions of technology, marketing, and addiction is what artist and director at Nexus Interactive Evan Boehm adapted for his new browser-based interactive story. The piece, called Solace, features the story narrated by actor Gethin Anthony (Renly Baratheon from Game of Thrones). As it unfolds a bright, vivid visualization of the narrative appears with the soda drink in the story becoming interactive code in the form of colorful liquid and fizzing bubbles. You play around with and explore these by clicking, poking, and popping. The six different flavours of the fictional drink inform the colour scheme and it also features a real-time audio soundtrack. 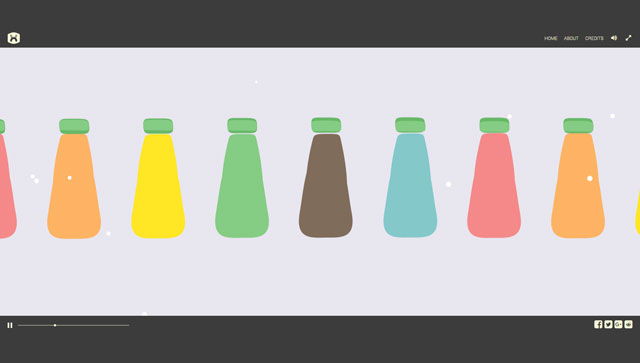 “I wanted to push narrative driven interaction to its breaking point.” Boehm explains to The Creators Project about the project. “I can’t find the quote but I remember reading a game designer commenting that ‘story is the easiest way to ruin a good game’ or something along those lines. I kind of get that view because it can distract from the pure joy that arises out of good game mechanics. But I also feel it is shortsighted. The number of interactive experiences that have made us rethink the definition of gaming the last couple years is amazing and it still feels like we are on the edge of tons of new narrative game possibilities. Being a part of that cultural, narrative exploration, drives almost all of my work.” 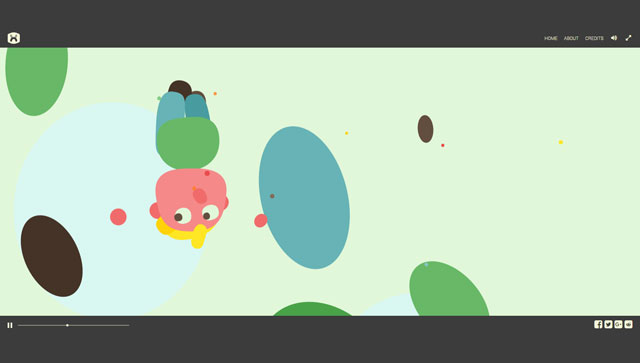 Boehm says he’s also always been a huge fan of Noon’s work. (“I had all of his books and even got my British aunt to stand in line at a book signing in London to get his autograph.” he says). Among Noon’s work Solace has always struck a chord and Boehm longed to do something with it. After pondering doing a more traditional animation, he realised it would work better as an interactive film. 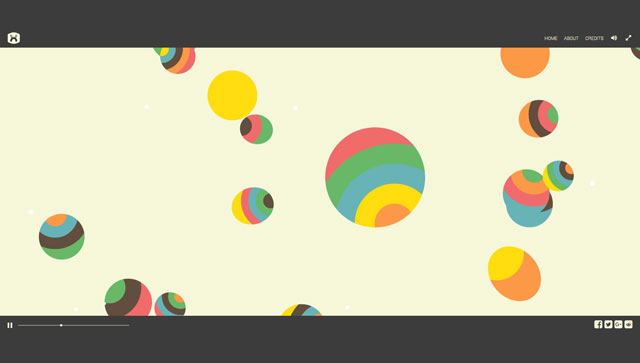 “From the start, I wanted Solace to look like a hand drawn cartoon and not another low-poly, WebGL experiment.” Boehm notes. “To achieve this, I had to replicate the flat look and ‘squash and stretch’ of traditional animation. I spent several months working with different rendering libraries to get one circle looking, moving and responding in just the right way. Once I got a single circle working, I experimented with more complex shapes until I had a system that could produce the desired feeling. Everything was coded in Javascript and tested in the browser. The project has 112 custom animations that are triggered and called by the user.” 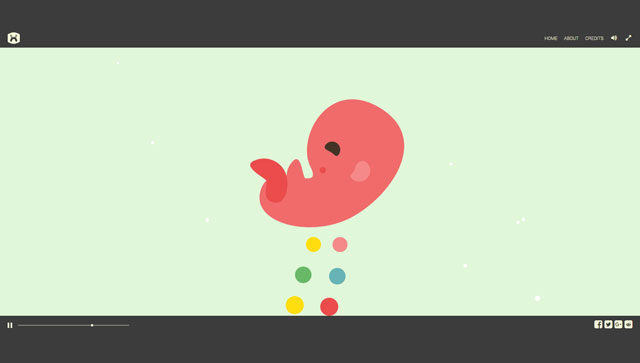 It’s Boehm’s second web-based interactive work, he previously created 2012’s The Carp and The Seagull, a collaboration with The Creators Project it was an experimental browser-based narrative created with WebGL and HTML5. While that had a darker tone Solace, in contrast to the actual dystopian nature of Noon’s story, is much lighter in terms of aesthetic. It’s full of expressive childlike characters and shapes that pop, reform, flow, and erupt.

“I wanted the user to feel like they are in a drink that is aimed at children and full of sugar.” notes Boehm. “Solace needed to look like a cartoon, an almost nostalgic Saturday morning cartoon. The story is dark but you don’t know that at first. It (hopefully) draws you in the way an addictive substance does. All fun and games before you can’t stop. The cartoon-like manner subverts your expectations of what the film is.”