Unlike a submarine that can lurk beneath the waves, or an artillery tank that can camouflage itself among trees and the surrounding terrain, there is no hiding for a smoke-belching ship in the open waters of an ocean. So how does one go about camouflaging a ship during wartime?

That was the question that troubled Britain during World War 1. Germany’s U-boats were creating havoc in the Atlantic sinking merchant ships in alarming numbers. Ideas that were proposed included covering them with mirrors, disguising them as giant whales, draping them in canvas to make them look like clouds, or making them appear like islands. But Norman Wilkinson, a Royal Navy volunteer reserve lieutenant came up with an ingenious solution—instead of trying to hide ships, make them conspicuous; paint them with odd shapes and violent contrasts of colors so as to “dazzle” the enemy. 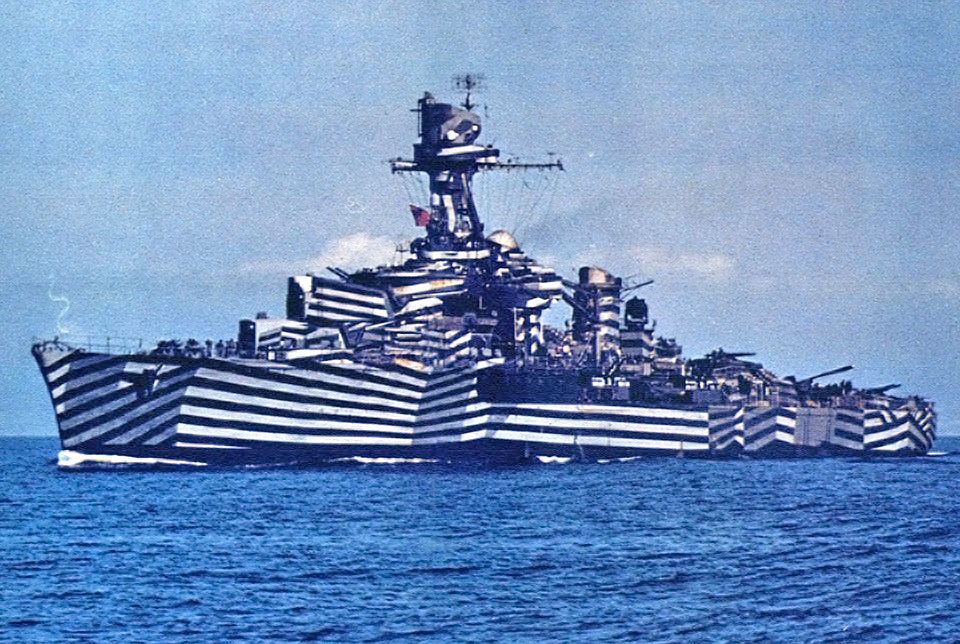