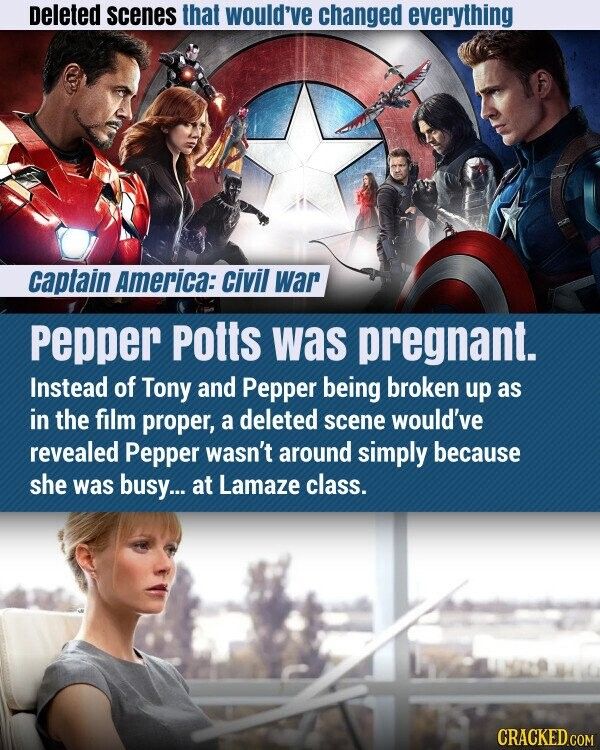 In every film production, a lot more was filmed than ever makes it into the final production. A lot of that editing is for time, some for pacing, and some to make a simpler narrative. Often, all three are involved in what gets dropped. Picking and choosing what is discarded and what is kept shapes the film in ways the writers and actors, and even the directors don’t see coming. It is only long afterward that we might see how the inclusion of some deleted scenes might have changed the plot. Some deleted scenes could have changed the entire universe of that story, including sequels. If we had known Pepper Potts was pregnant during Captain America: Civil War, would it have changed everything? Well, no, actually, as she eventually married Tony Stark and they had a child anyway. But it would have shifted the story chronologically. Another deleted scene could have changed quite a few movies. 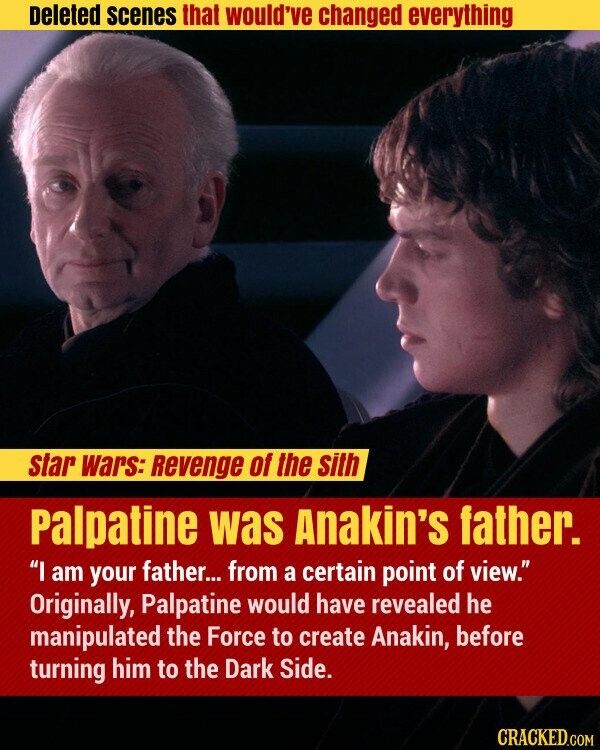 If Palpatine were considered to be Anakin’s father, then Kylo Ren would have been his direct descendant, a great grandson. That would have made the entire “Rey is my granddaughter” plot line unnecessary (which it was anyway) in The Rise of Skywalker. After all, “manipulating the Force” was how Palpatine got a clone son anyway. Plus, that would have made Rey and Ren cousins. Ew. Read of 13 more deleted scenes and how they would have changed movies (or TV series) at Cracked.