Ordering food to your home usually goes pretty smoothly. You click a few buttons on your phone, say a few curse words when it takes longer than the app predicted, and the next thing you know you get to stuff your face while watching Netflix.

However, Reddit user ‘Agent Papier‘ had it way, way worse.

The delivery girl that brought her order found the fact that a black person could own a Golden Retriever so suspicious, she decided to be the hero and save the dog, calling the police and hoping they would return it home. You know, because people of color only raise psychotic demons that can help them in their crimes against the good law-abiding citizens.

Luckily, the cops who showed up at the scene were more reasonable than the racist who requested them and everything eventually winded down.

After ‘Agent Papier’ finally ate her meal, the woman turned to the subreddit r/TIFU to vent, and her post made one heck of a read. 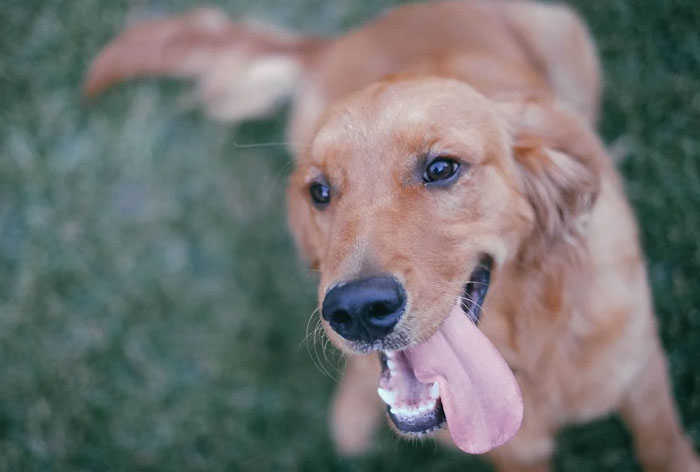 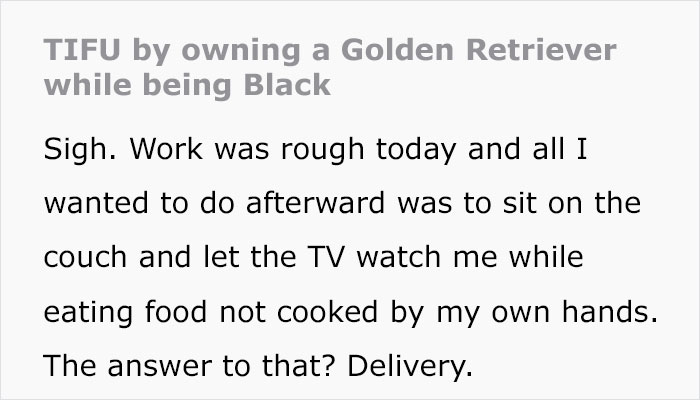 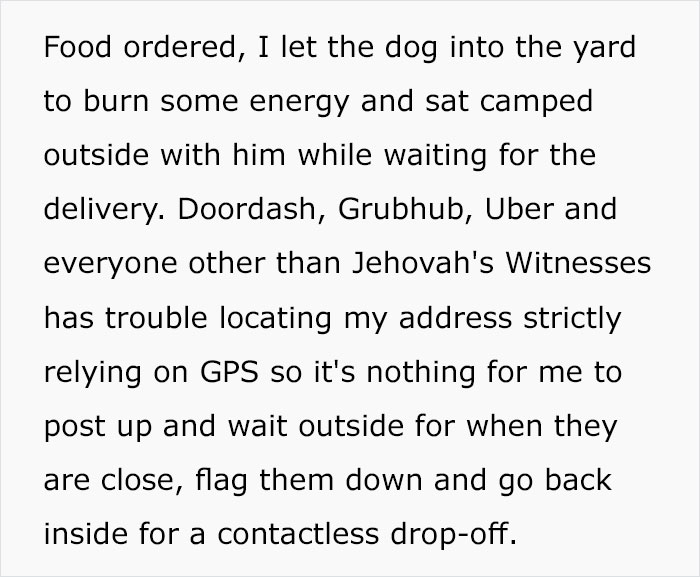 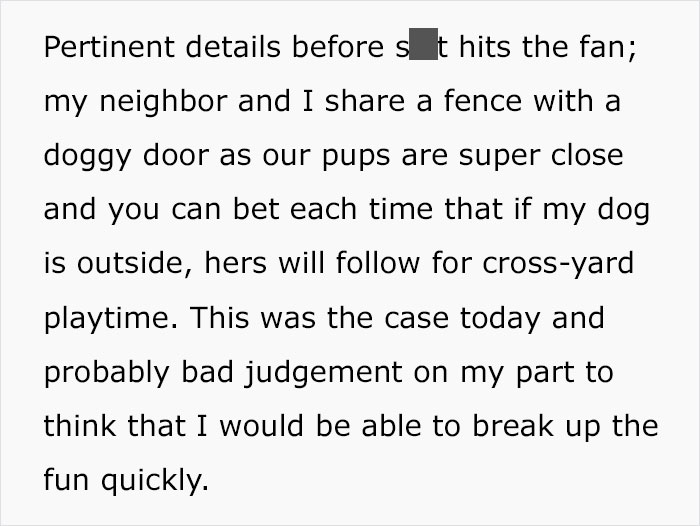 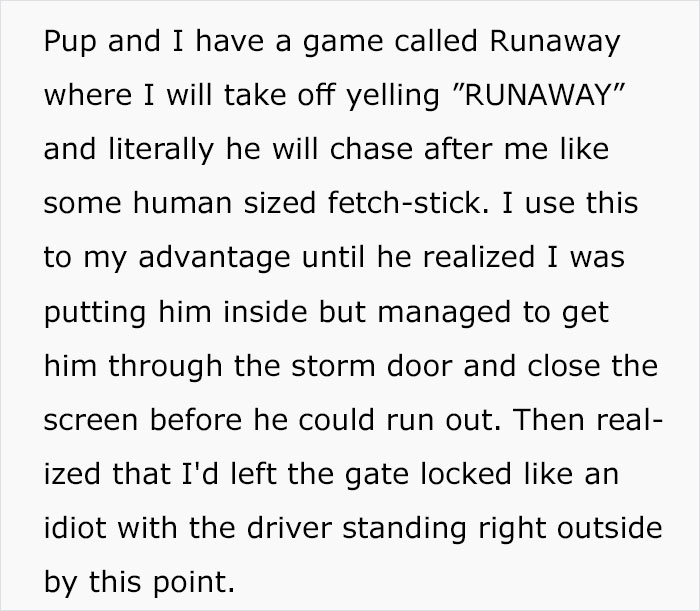 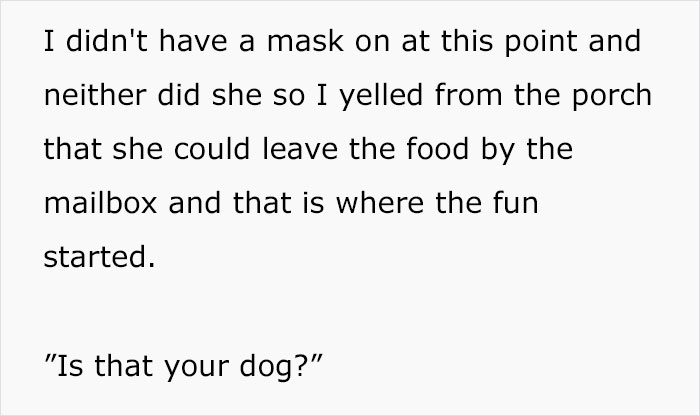 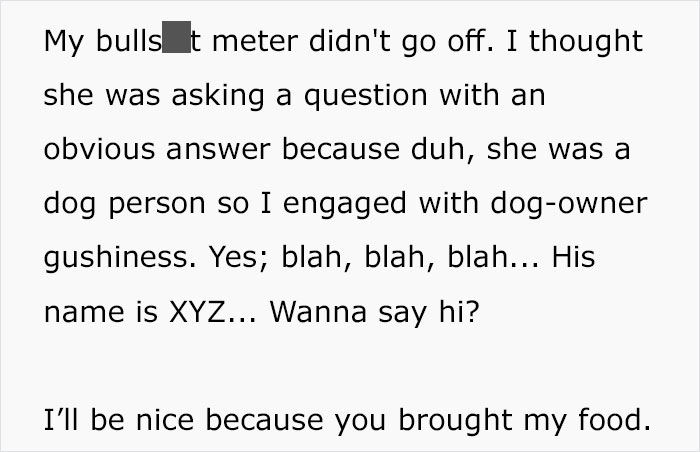 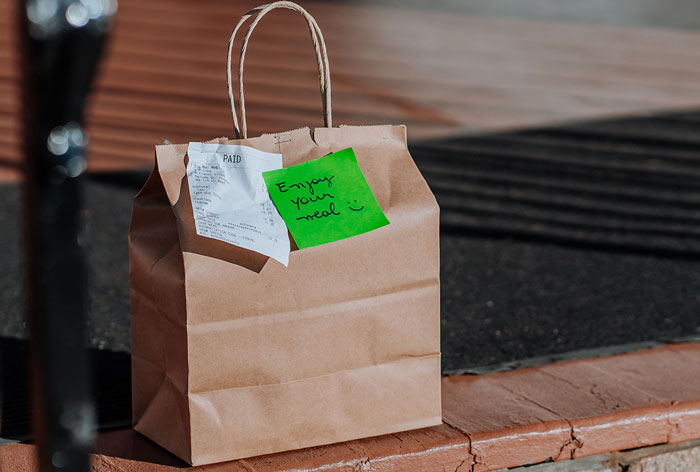 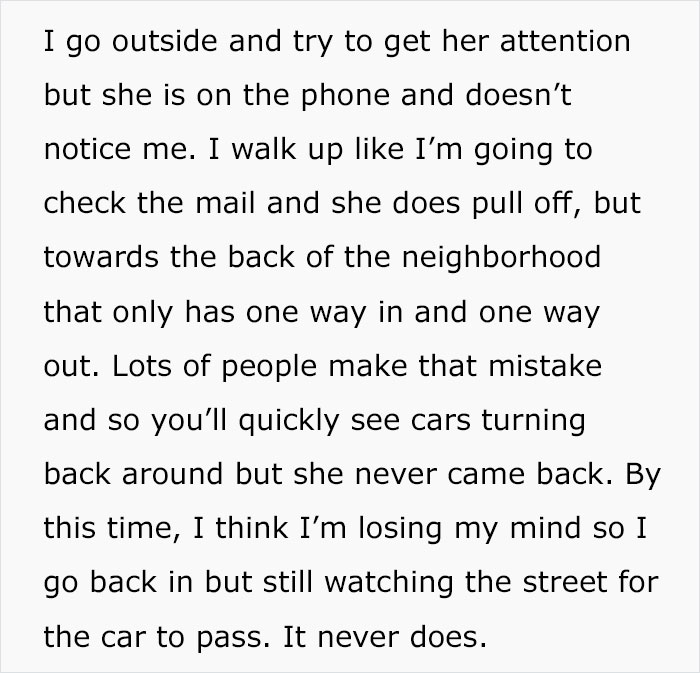 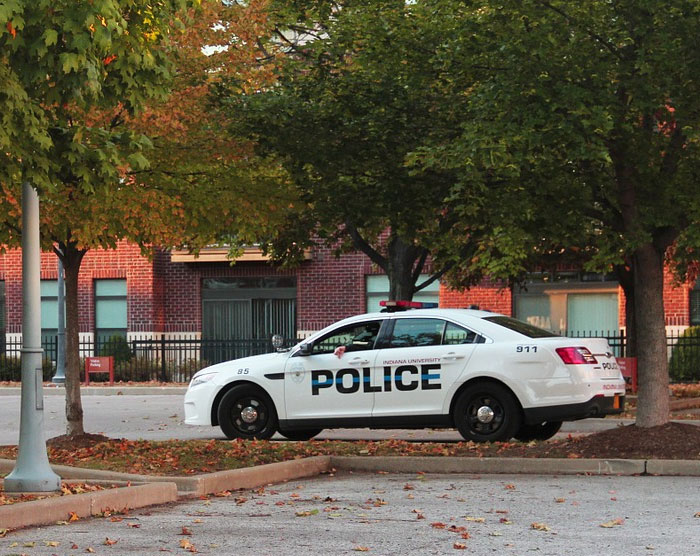 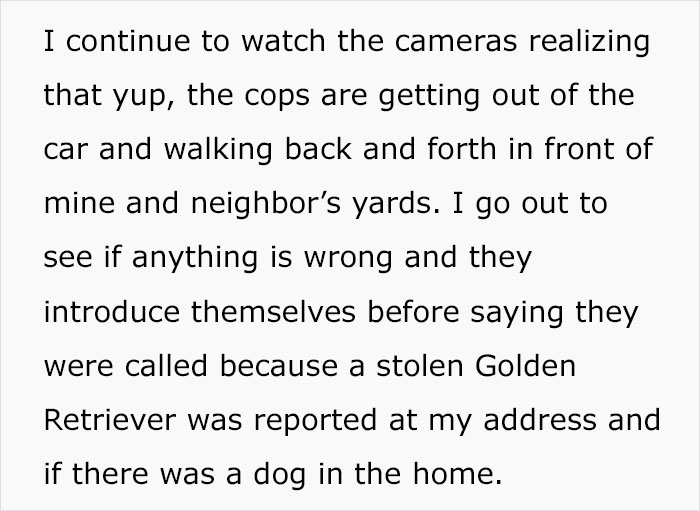 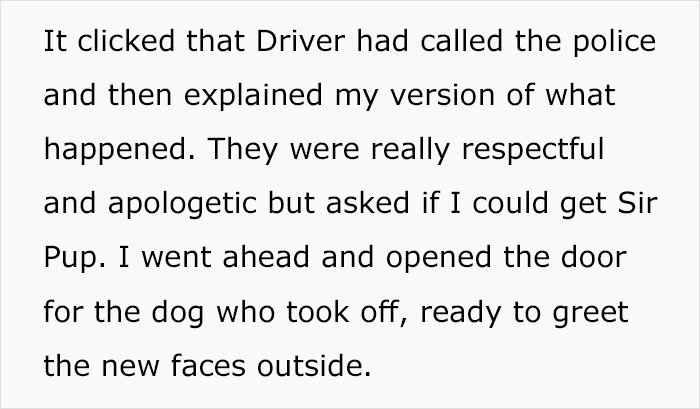 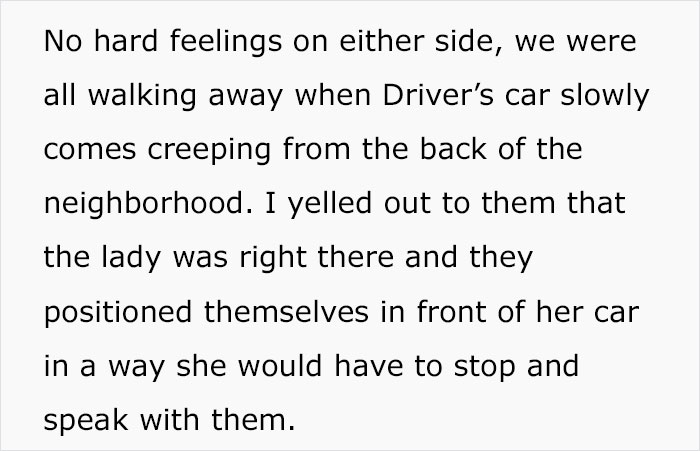 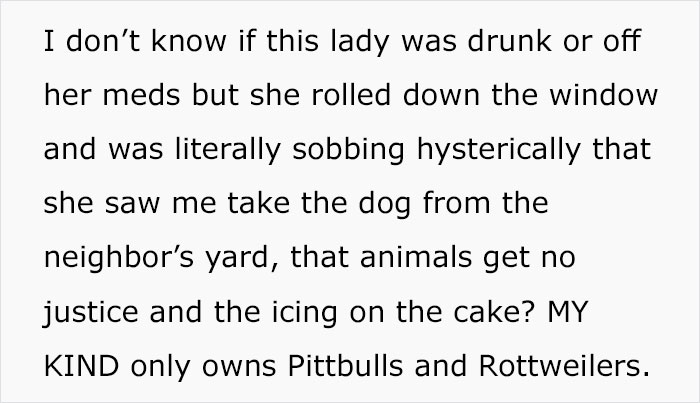 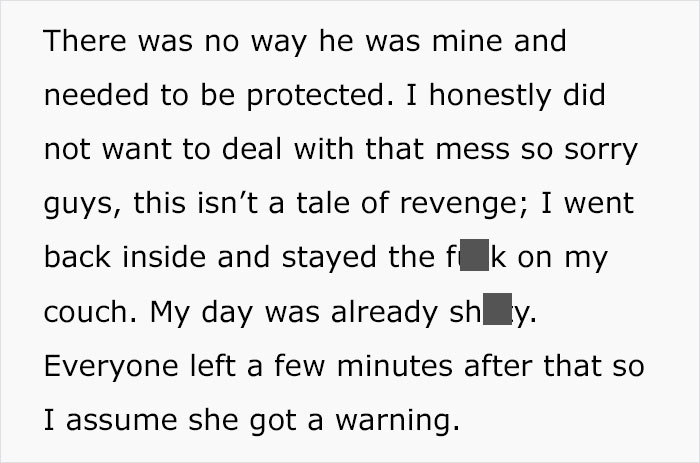 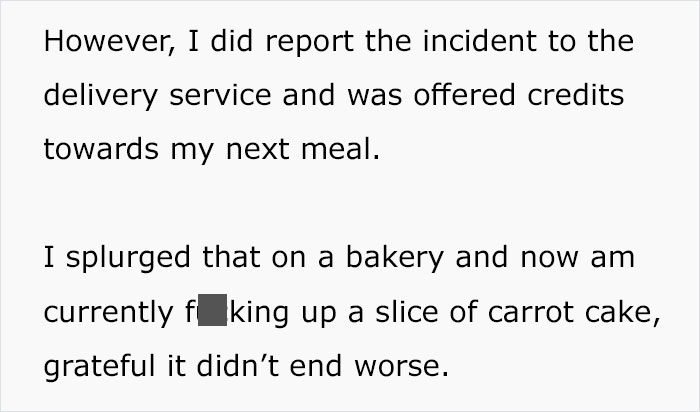 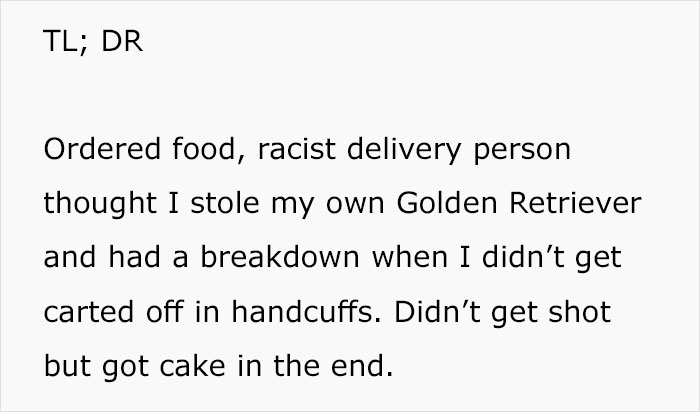 People couldn’t believe how ridiculous the whole ordeal was 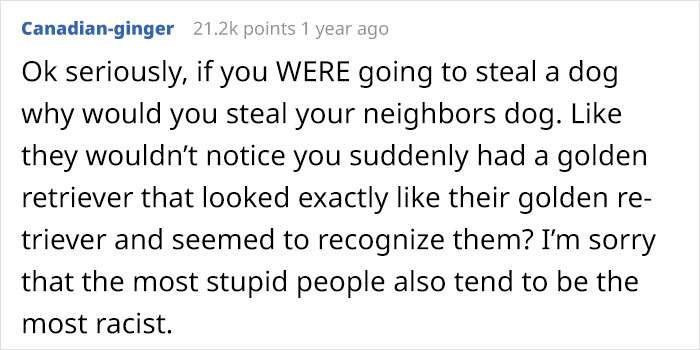 The post Delivery Driver Calls The Cops On A Black Woman With A Golden Retriever Because “Her Kind” Doesn’t Own This Breed first appeared on Bored Panda.