Hard work doesn’t always pay off if you allow others to take advantage of you or if you don’t know what you’re worth. Throw in a few business owners who believe that experience is worth more than the raise they promised you for years of stellar work, and things can get very heated, very fast. Sometimes you just have to cut your losses and move on, no matter the time you spent at the company. Especially when you get your Christmas bonus denied and have a better job offer waiting in the sidelines.

Redditor u/tcrambo, a young and capable general contractor, went viral for sharing how he ended up quitting the job that he loves. He was the star employee and had sunk a whopping 6 years at the company. He was working on a 3-million-dollar contract that heavily rested on the fact that the client trusted him and him alone. However, he finally decided to take a big leap and quit when he realized that he had no real future at the company while the owners were popping champagne bottles. The person who helped him realize his real value was his fiancé.

You can read the full story below, dear Pandas. When you’re done, we’d love to hear what you think, so share your perspectives on the situation in the comment section. What would you have done in the employee’s position? Why do you think some owners aren’t willing to give their workers adequate compensation? Let us know! 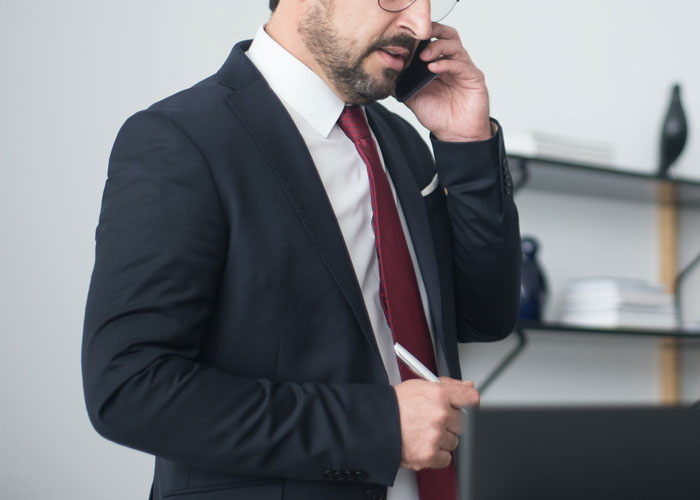 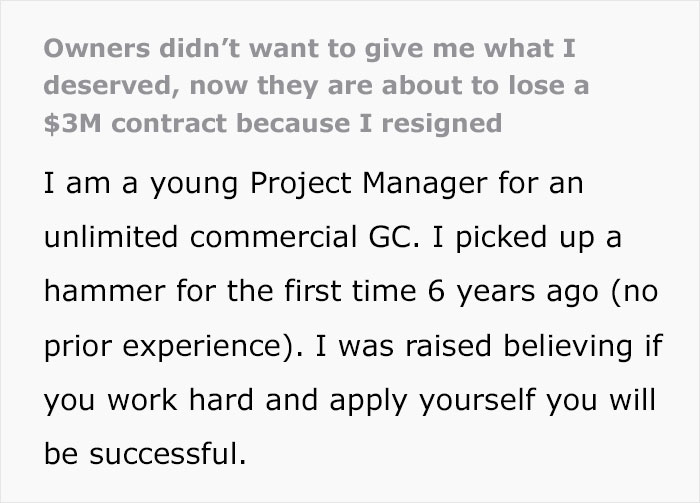 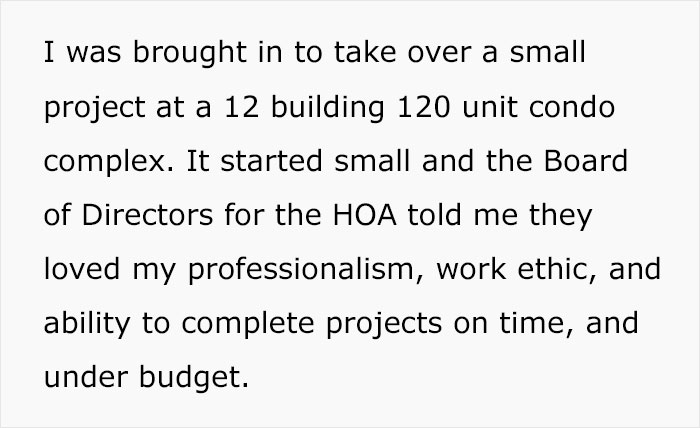 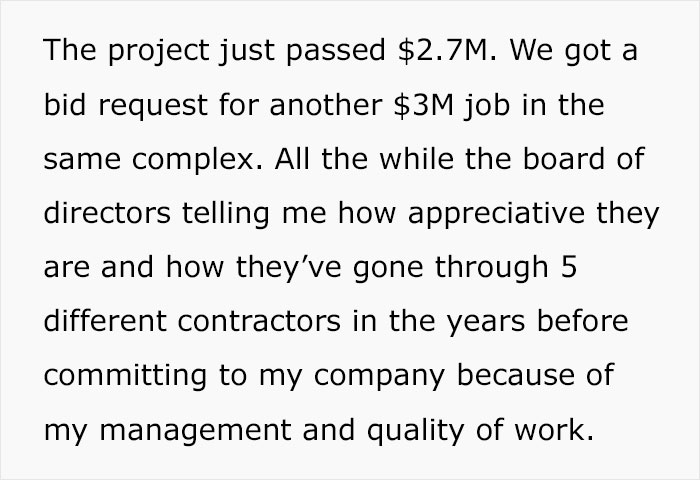 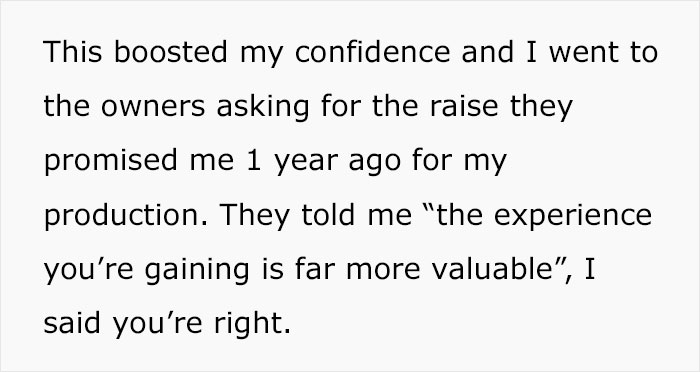 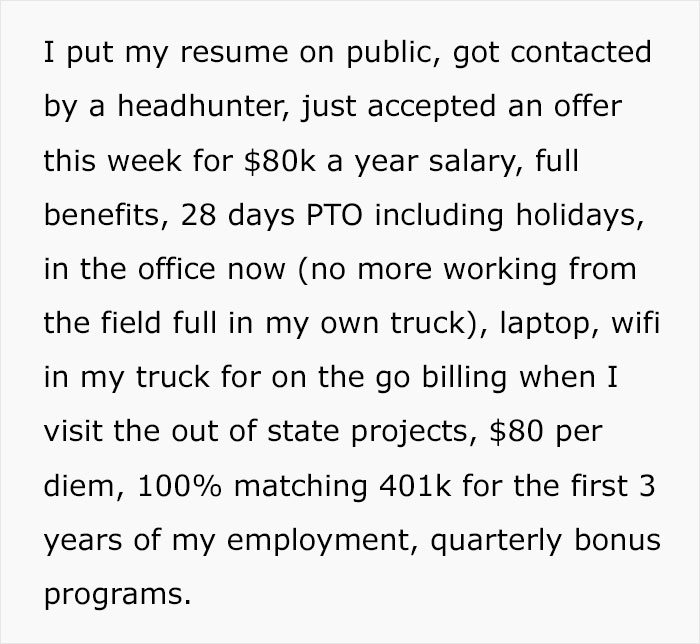 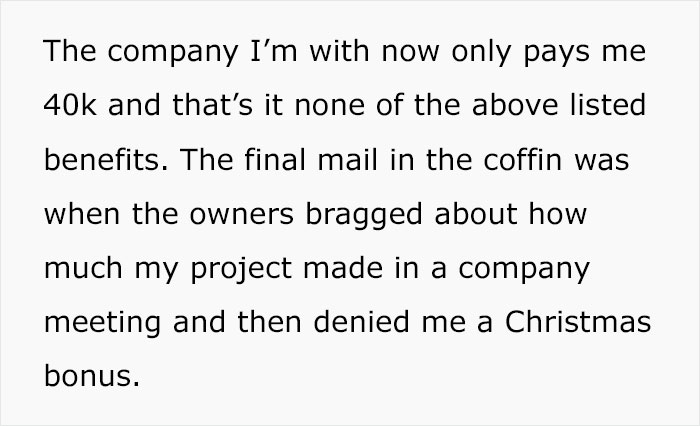 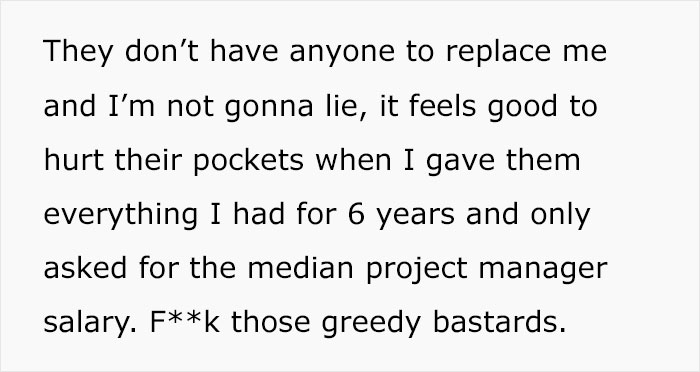 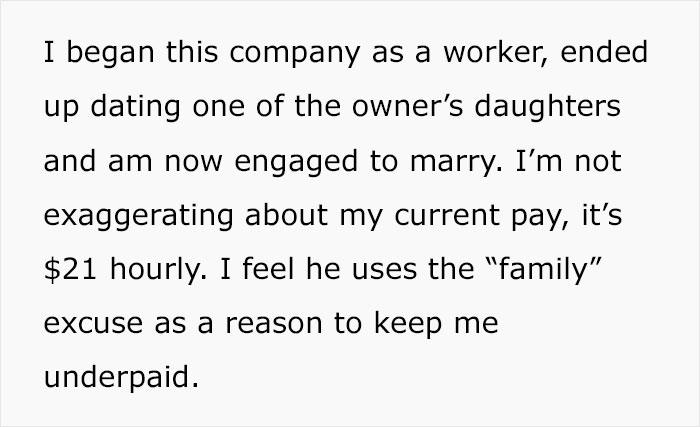 Redditor u/tcrambo’s story on r/antiwork got a whopping 80.6k upvotes in just two days. He also got more Reddit awards than we could count (we tried, honestly, but the calculator kept coming up with the result, “Wow, that’s a lot!”).

The author of the post also added an update to the story because he saw a few people wondering if he was either exaggerating or outright lying. He revealed that he’s actually engaged to the daughter of one of the business owners. And it’s this connection that has given the man control over his wage.

Fortunately, it was his supportive fiancé who finally gave him “the courage and confidence to leave” for a better job at a different company.

“She is without a doubt the sweetest most kindhearted girl I’ve ever met, an absolute angel, and my biggest supporter. She is hands down the best thing that has ever happened to me. The best thing about this opportunity is that I will be able to give her the life she deserves and put her through nursing school, and pay for our wedding!” he wrote.

Financial expert Sam Dogen, from the Financial Samurai project, believes that one important issue that employees keep running into is that they don’t know how to manage their managers. This means keeping them in the loop about what we’ve achieved, how we’ve contributed to the company. On a regular basis. Not just once a year.

“Managing your manager entails keeping him or her abreast of what you are up to. It means highlighting your key wins and reminding them at the end of the year about what you did in the first half of the year,” he explained to Bored Panda.

The expert urged any and all employees to keep a paper trail. Human beings tend to misremember things and we shouldn’t rely just on our memories when it comes to important conversations, promises, and deadlines. Documents and screenshots can refresh our memories.

“By keeping things in writing, we can better remember situations and better argue for ourselves when it comes to asking for a raise and a promotion,” he said. 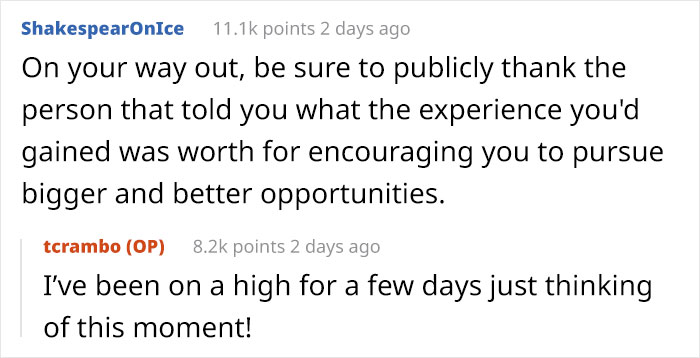 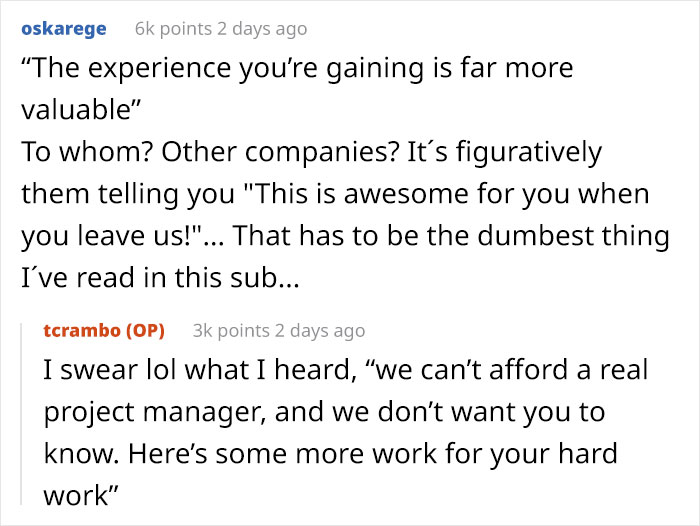 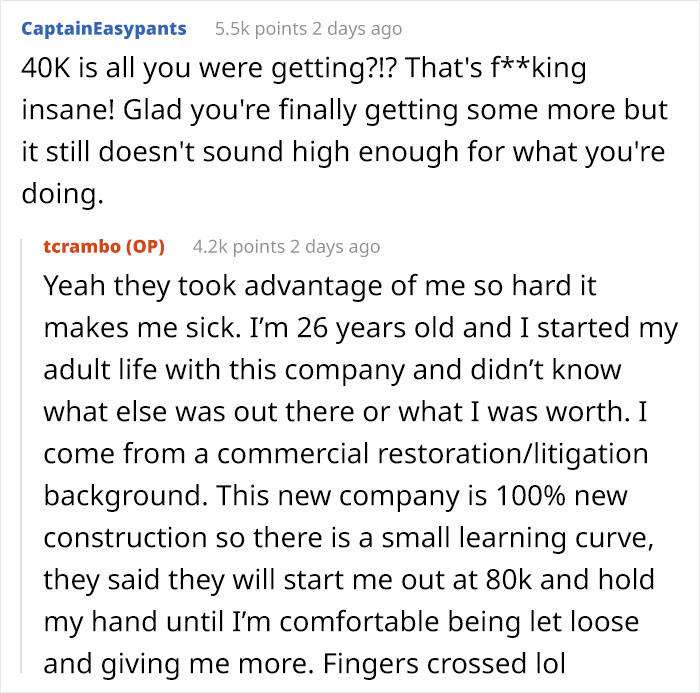 The post Denying An Amazing Worker A k Raise Might Cost The Company A M Contract first appeared on Bored Panda.