Furniture is generally large, expensive to ship, resource-intensive to produce and difficult to dispose of or recycle. That’s why I think of furniture as a lifetime purchase–and I don’t think furniture should have non-upgradeable technology embedded within it, as technology goes obsolete quickly.

At least 1,123 people disagree with me. That’s the amount of pledgers who’ve backed the Comet Smart Nightstand, a tech-embedded bedside table, rocketing it to $631,502 in funding (at press time) on a $50,000 goal. Take a look at this thing:

The top features an embedded wireless charger, and the table is billed as “The only nightstand you’ll ever need,” which might be true if the current wireless charging standard will never be changed or upgraded.

The demonstrated usage case, where you’re meant to store several dozen single-use plastic water bottles inside to slake your thirst–rather than walking over to your sink and grabbing a glass–illustrates the designers’ regard for proper consumption habits. 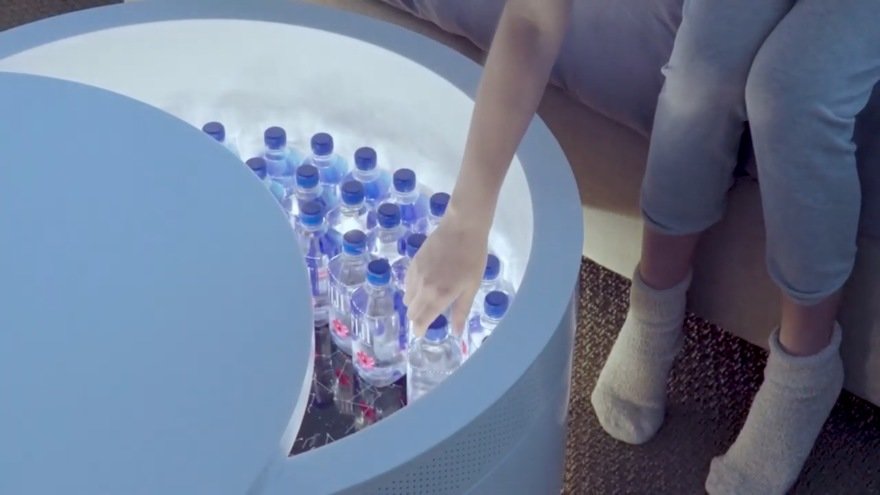 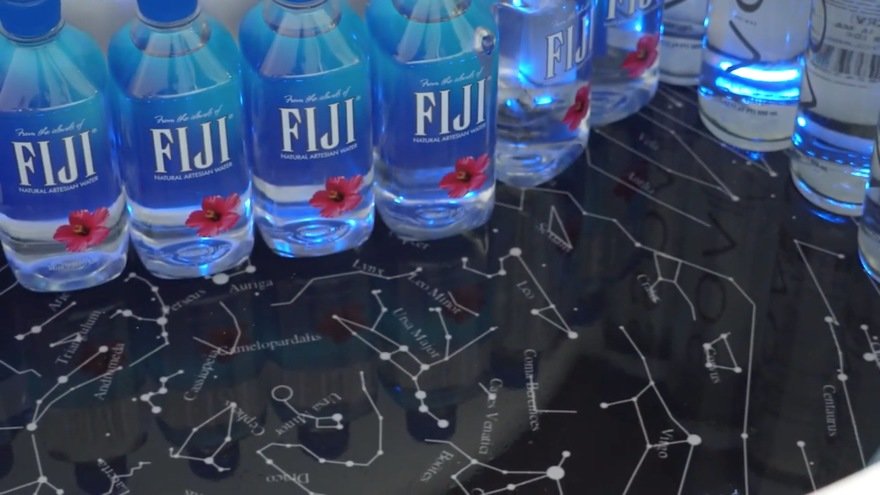 In the video, one of these circles is called out as a Bluetooth speaker… 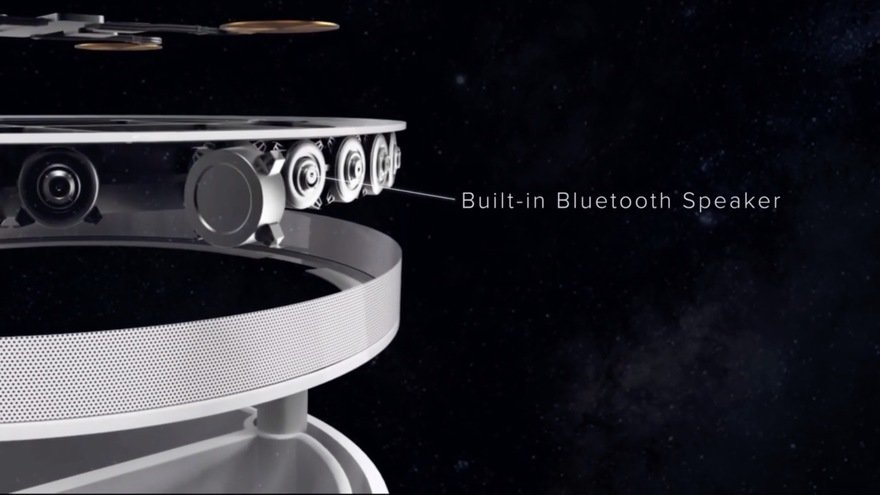 …whereas the campaign page refers to speakers, plural. Nowhere does it say how many speakers the object contains, but if all of those circles are speakers and not bearings that enable the top’s rotation, I count no less than 32 of them (16 visible per side, see below). And the perforations ringing the perimeter suggest there are in fact speakers all around. 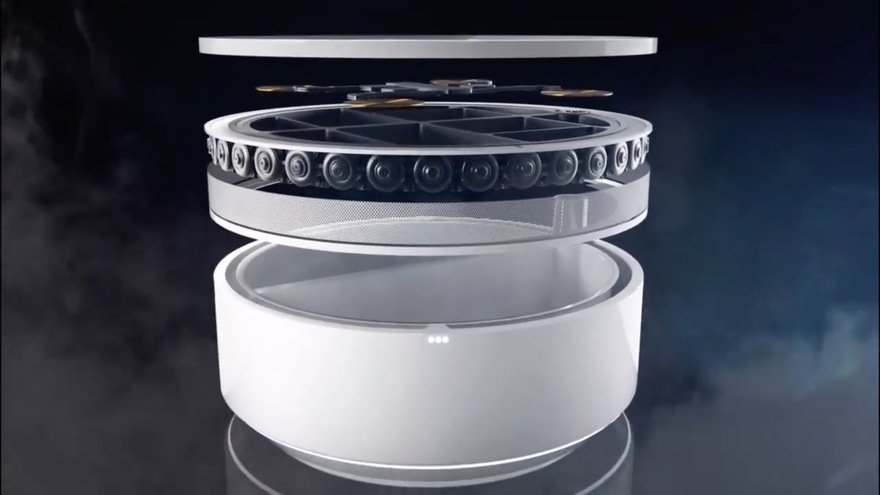 The table is circular, which I find an odd choice for a bedside table. It makes sense if you live in a large loft with the bed in the center of the room. It doesn’t make as much sense for those of us with our beds against the wall in average-sized bedrooms. 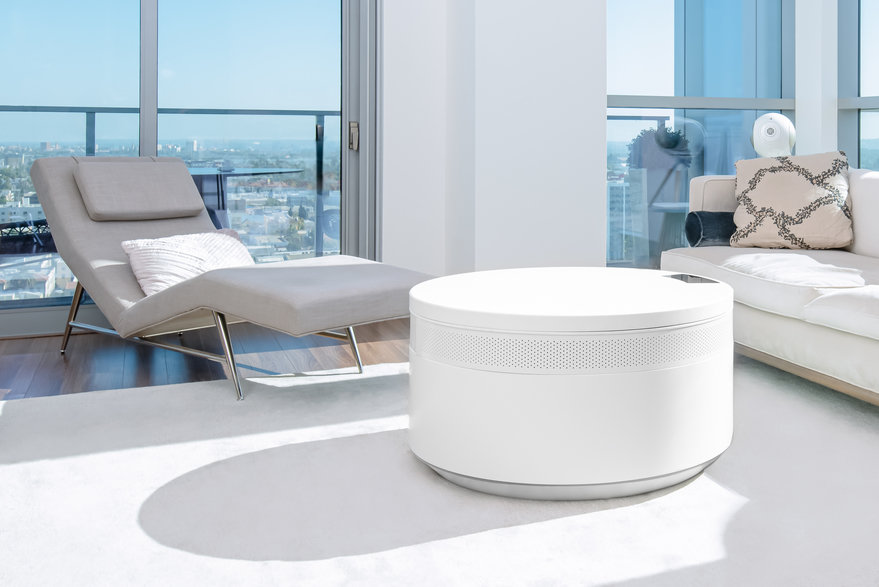 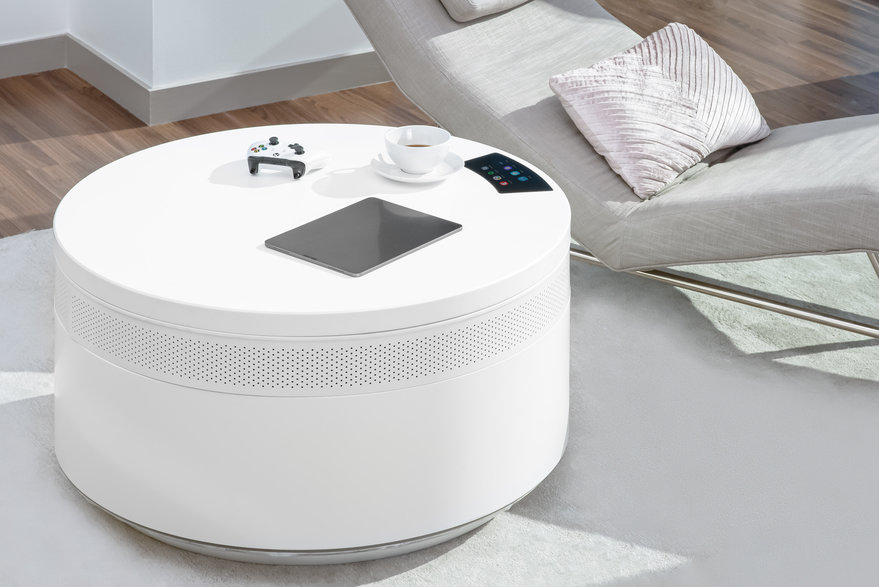 Also, I think having a top that pivots outwards only makes sense if the object is standing in the middle of a room. In my 10×12 bedroom, the pivoting top would either hit the wall or my bed. 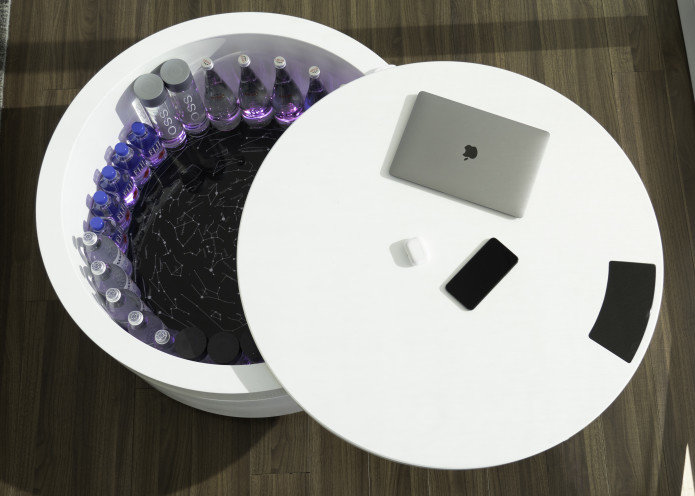 Perhaps the early-bird pricing on the Comets helped propel sales: They’re being offered at $500 and $650 on the campaign page.