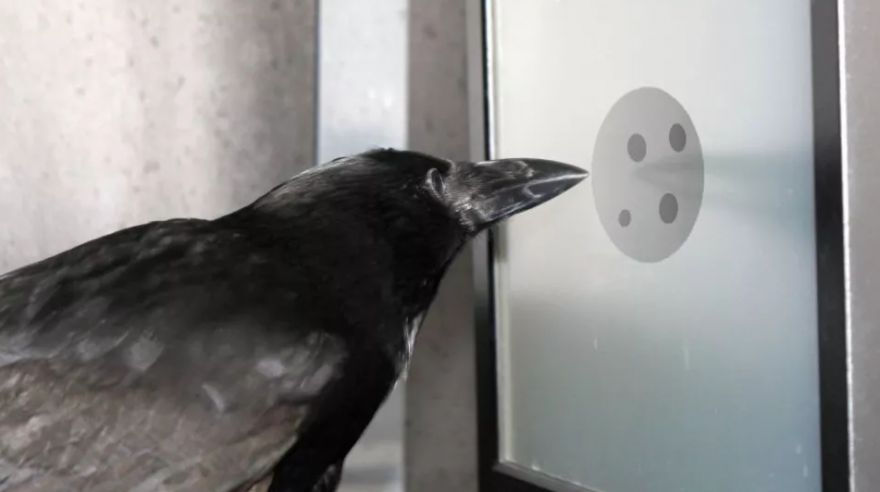 While birds don’t have enough brainpower to match our own, did you know that certain birds can understand abstract concepts too? In a study published inThe Journal of Neuroscience, a team of researchers studied two male carrion crows (Corvus corone), and proved that crows can understand the concept of zero:

The crows were trained to peck at the screen or move their heads if the two images matched one another, and to remain still if they did not match.

The greater the difference between the two sets of dots, the more accurately the birds responded; in other words, the birds mixed up closer quantities, such as two and three, more often than more divergent quantities, such as one and four. This phenomenon is known as the “numerical distance effect,” which can also be observed in monkeys and humans during similar tests, Nieder told Live Science.

In the more recent study, which included a blank screen, “what we found is that the crows, after this training, could discriminate zero from the other countable numerosities,” Nieder said. However, importantly, the birds still demonstrated the numerical distance effect in trials that included the empty screen.