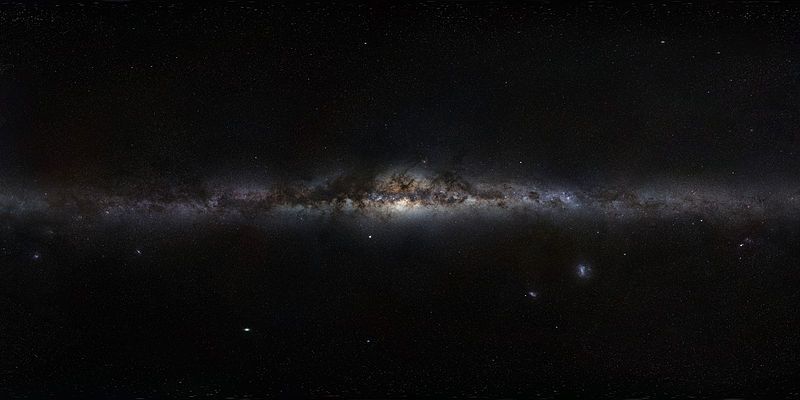 Most of the dinosaurs roamed Earth when the planet was in a different part of the Milky Way, as NASA scientist Jessie Christiansen showed in her animation of our solar system’s movement through the Milky Way. Christiansen also showed how long the dinosaurs existed, and what a short time humans have been living on Earth in comparison. ScienceAlert has the details:

Christiansen got the idea to illustrate this history when she was leading a stargazing party at California Institute of Technology in Pasadena. Attendees were astonished when she mentioned that our Solar System had been across the galaxy when dinosaurs roamed.

“That was the first time I realised that those time scales – archaeological, fossil record time scales and astronomical time scales – actually kind of match along together,” Christiansen told Business Insider. “Then I had this idea that I could map out dinosaur evolution through the galaxy’s rotation.”

even as our solar system travels through the Milky Way, it doesn’t approach the inhospitable centre, where life probably wouldn’t survive.

“There’s a lot of stars, it’s dynamically unstable, there’s a lot of radiation,” Christiansen said. “Our Solar System certainly doesn’t pass through that.”

That’s a huge part of why dinosaurs, mammals, or any other form of life can exist on Earth.

Rating Dinosaurs Were Alive When Earth Was On The Other Side Of The Milky Way, Scientists Shows is 5.0 / 5 Votes: 4
Please wait...
Loading...
Related articles