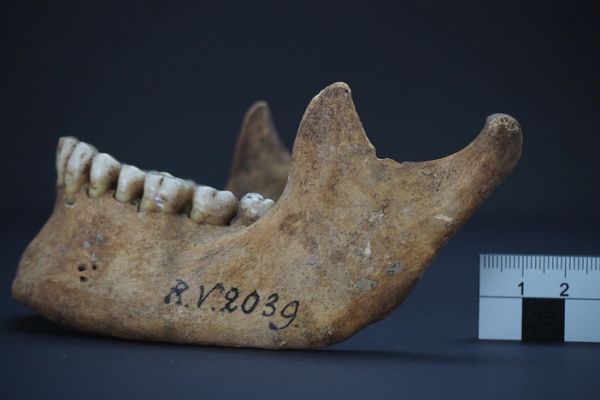 The remains of a young man who died in Latvia 5,000 years ago was unearthed in 1875. Scientists have revisited this specimen, called RV 2039, and a few others from the same archaeological dig in order to sequence their genes more than 140 years later, and found quite a surprise among the bacteria that remained in his teeth. It was a very old strain of Yersinia pestis, the bacteria that caused the plague we call Black Death.

While three of the individuals were clear of disease, they found traces of Y. pestis in the RV 2039 specimen, who was a 20 to 30-year-old man.

The researchers reconstructed the bacterium’s genome and compared it to 41 ancient and modern Y. pestis strains.

They found the man had been infected with a strain that was part of a lineage that first emerged around 7,000 years ago, making it the oldest-known strain of Y. pestis.

The ancient strain of Y. pests was not carried by fleas, and wasn’t particularly deadly or contagious. But it may well have killed RV 2039, and now it gives scientists a step in the disease’s evolution. Read about the discovery and what it means at ABC Science. -via Strange Company