The so-called Clarke’s Third Law, formulated by one of the greatest science fiction writers of all time, states: “Any sufficiently advanced technology is indistinguishable from magic.” And in fact – what is the difference, for example, between the most ordinary smartphone with voice control and Tolkien’s famous palantir? Moreover, just as the average elf or hobbit could not explain palantir’s principle of operation, so we are unlikely to do the same in detail with regard to a smartphone.

In other words, real magic surrounds us: magic potions in the form of medicines, flying carpets at airports (and much more comfortable by the way!), leprechauns in ATMs… but with regard to banks, magic can be not only light, but also dark. At least some of the latest developments in banking really give some people the creeps.

For example, here is a video recently published by TikToker @mel__in__sd, and it tells us about how cutting-edge yet eerie modern technology can look in a bank. The video went viral with nearly 150K views and almost 16K likes, so let’s take a closer look at it together. 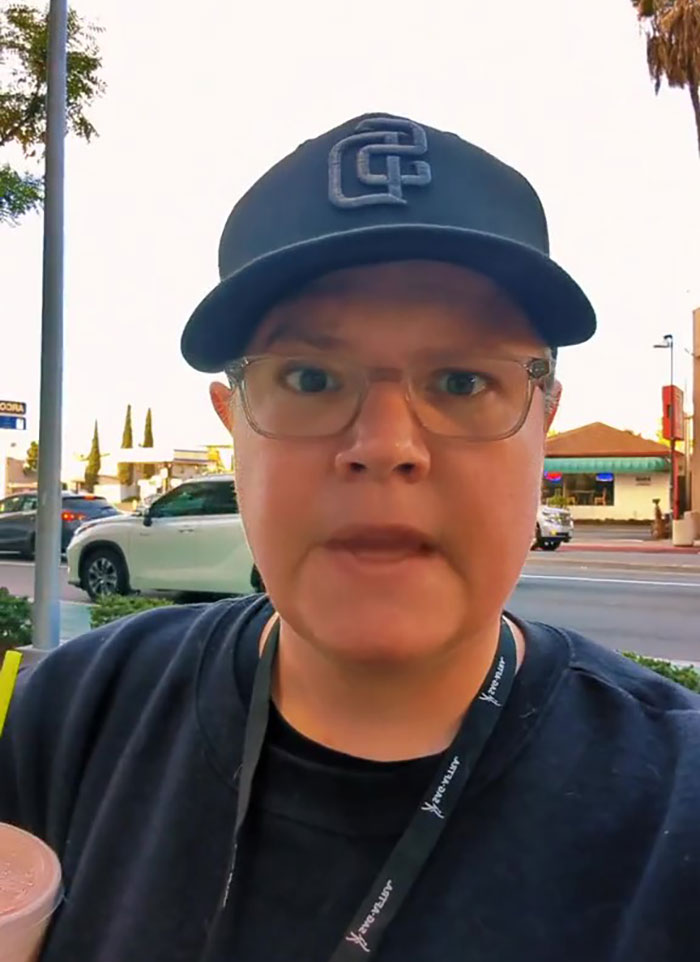 So, the author of the video, named Mel, recently went to the nearest Bank of America branch, and was very surprised not to meet a single live employee there. In the literal sense of the word – the doors to the room were unlocked using the client’s bank card, and inside there were only a few ATMs and terminals, a table and some chairs.

If the visitor needed to consult with a bank employee, they could go to one of the two meeting rooms located nearby. A sign on the wall said that in these rooms you can conduct a video chat with an employee. However, whether there will be a living person on the other side of the screen, or an AI, Mel has not been able to find out. 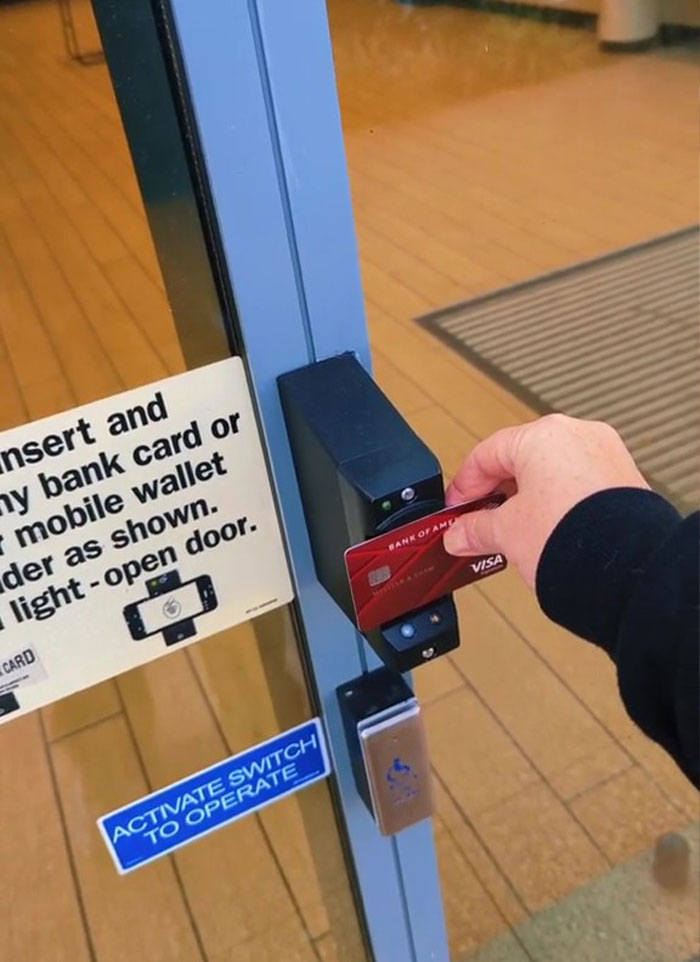 According to the author of the video, despite the fact that the bank branch looks quite futuristic, the impression is still mixed, because the absence of people leads to some weird thoughts. “I don’t know if I like living in the future,” Mel admits. “This gave me the creeps.” 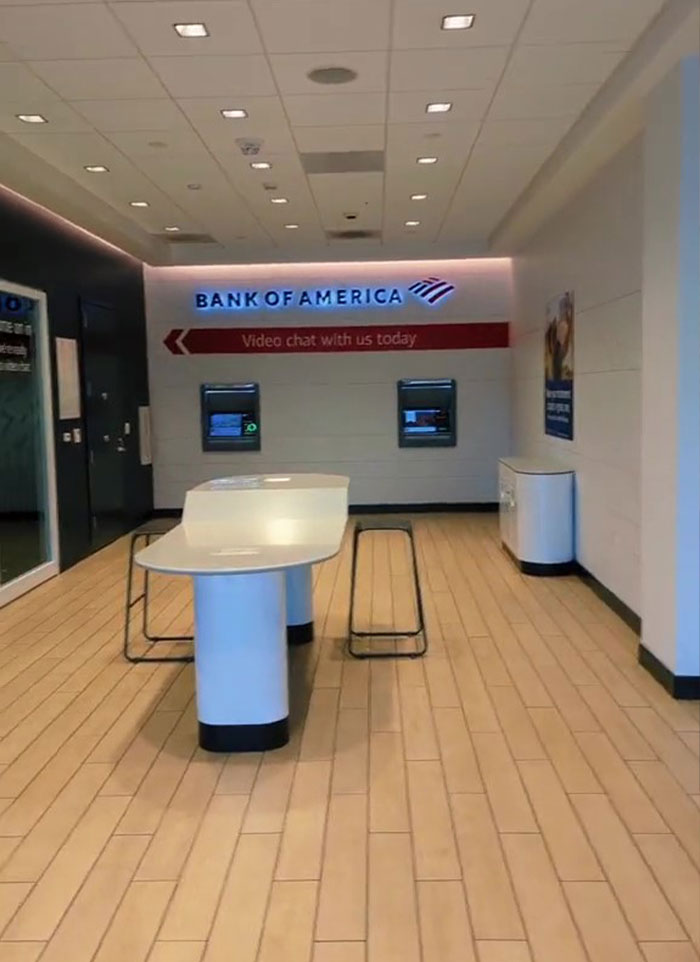 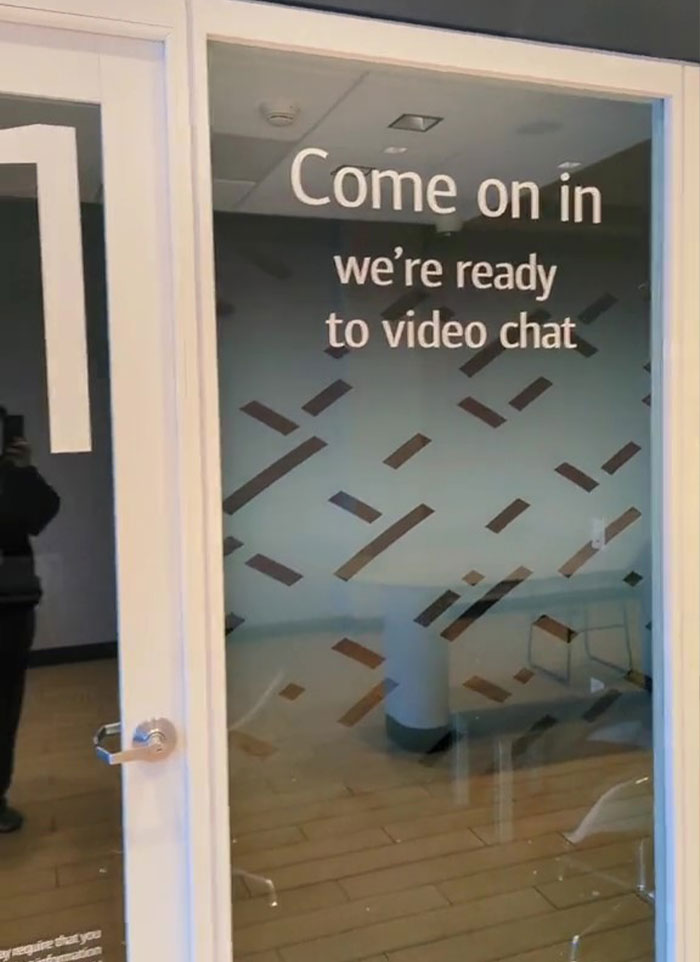 Bank of America began testing its staff-free branches back in 2017, and today there are many such branches throughout the country. The rooms here are about a quarter of the size of a typical branch. They were considered especially effective during the pandemic. Thus, it is believed that the bank can easily vary the number of its staff. “We have an ability to reshape our headcount pretty quickly just by the turnover that occurs,” said Bank of America’s CEO Brian Moynihan in a recent CNBC interview. Well, time will tell whether this approach is justified. 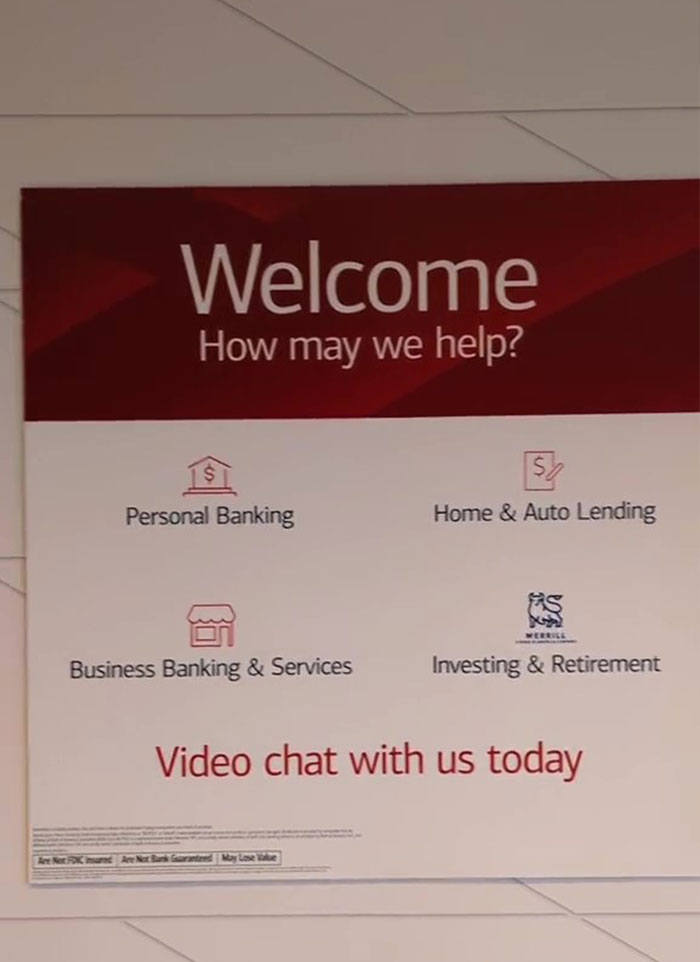 People in the comments sided with the author, confessing that the video gives them the creeps as well

The opinions of people in the comments about such a banking novelty were strongly divided. Some commenters admit that if they go to a bank, they would definitely like to chat with a person, and you can actually Zoom with a bank employee from home. And commenters also come up with sad dystopian predictions like “social credit system coming to town soon…” 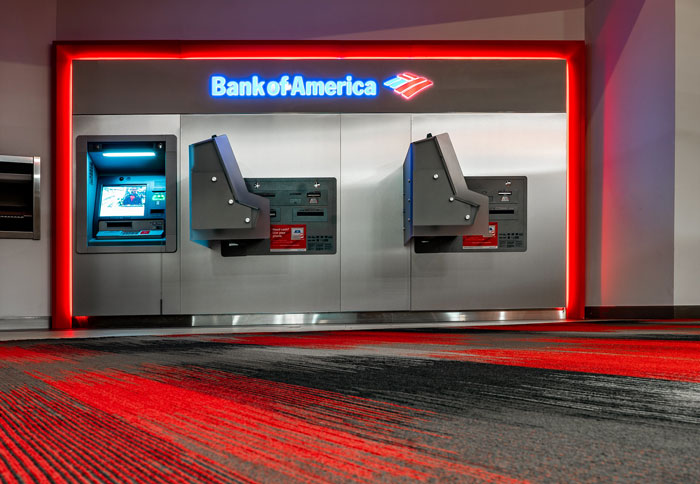 Some commenters believe that such innovations are certainly progressive, but on the other hand, by opening branches without employees, banks thereby reduce the number of jobs. “BoA was bragging on how much they pay their employees. Just to completely remove them so they don’t have to pay them,” one of the people in the comments sadly jokes.

If you have already visited a similar branch of a bank without employees, then we’re looking forward to hearing from you about your impressions on it. And besides, expressing your own point of view in the comments below this post is, as usual, highly appreciated.

The post Discussion Online Ensues After Woman Shares How She Was ‘Creeped Out’ Visiting This Bank With No Staff And A Video Chat Option first appeared on Bored Panda.