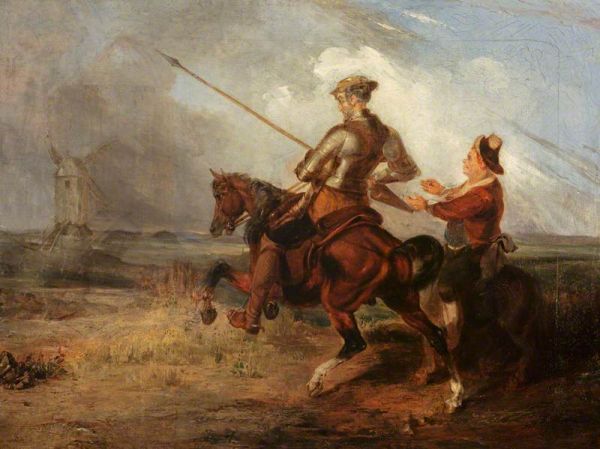 Although it has been done, making a movie of the 17th-century novel Don Quixote has been quite a challenge for anyone who attempts it- just ask Orson Welles or Terry Gilliam. Or the Disney company, which has considered, and even developed the idea, many times over the past 80 years. The treatments varied from exhausting fidelity to the original to a 2012 adaptation that involved the CIA.

Writing partners Jeff Morris and Steve Pink successfully pitched a live-action Don Quixote, with Johnny Depp’s production company, Infinitum Nihil, scheduled to produce. Unlike the other attempts, this was going to be a modern retelling of the story, focusing on a literature professor who suffers a concussion and begins to believe he’s a retired CIA agent brought back into the espionage world.

“We had this idea that when CIA Agents are put out to pasture they have their minds’ scrambled,” Morris says in a message on Twitter. “They go through extensive debriefing/brainwashing. They’re given a new identity and start their life over without any memory of ever having been an agent.” He continues, “But what if that guy has an accident and starts to get his memory back? What if the accident unscrambles his head and he begins to believe he’s a CIA Agent — the way Don Quixote believed he was a knight? We used just that idea and a few central story points from Cervantes as the basis of the movie.”

However, it never got off the ground. Disney’s many Don Quixote projects got bogged down in perfectionism, with support pulled when each movie took too long to produce. Could it be that the story itself is cursed? After all, it is about a mentally ill man and his delusions of knighthood that charmed those around him. It has constantly drawn filmmakers who became overly obsessed with Don Quixote. Read about Disney’s struggle with the story at Polygon. -via Digg