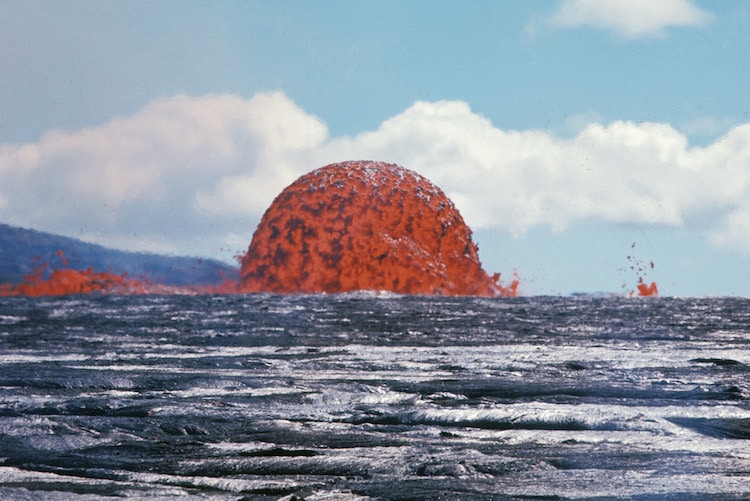 With an incredible duration of 1,774 days, the Mauna Ulu eruption of Kilauea Volcano in Hawaii spread across five years. At the time, it was Kilauea’s longest running eruption and produced about 460 million cubic yards of lava. From 1969 to 1974, the astonishing eruption was readily viewable to the public via observation platforms, and produced some incredible natural phenomena rarely seen during these volcanic events.

Dome fountain of episode 10, October 10–13, 1969, eruption of Kilauea Volcano. This dome fountain is about 20 m (65 ft) high. Symmetrical dome fountains such as this are rare. #Tbt #HI @Volcanoes_NPS pic.twitter.com/sKSQaVINKs

The symmetrical dome fountain lasted for several days, from October 10 to October 13, and may have reached up to 245 feet in height. So what makes this dome fountain so special? Typical fountaining events are upward sprays of lava, like a geyser. Instead, to see a glowing orb akin to Epcot Center formed from lava is exceedingly rare. Though the photo deceptively looks like the domed fountain is sitting in the middle of water, the event occurred on land. The waves in the foreground are actually ripples of lava.

Fountaining typically occurs when an eruption of lava from a fissure, vent, or lava lake is triggered when gas bubbling up in the molten rock causes expansion—and explosion. Though Mauna Ulu is no longer the longest running eruption—Pu‘u ‘Ō‘ō, which has been ongoing since 1983 wins that prize—the photograph is a reminder of just how active Hawaii’s volcanos have been throughout history.

Photos from the US Geological Survey’s archive demonstrate the impressive nature of the Mauna Ulu eruption of Kilauea Volcano, which lasted from 1969 to 1974. 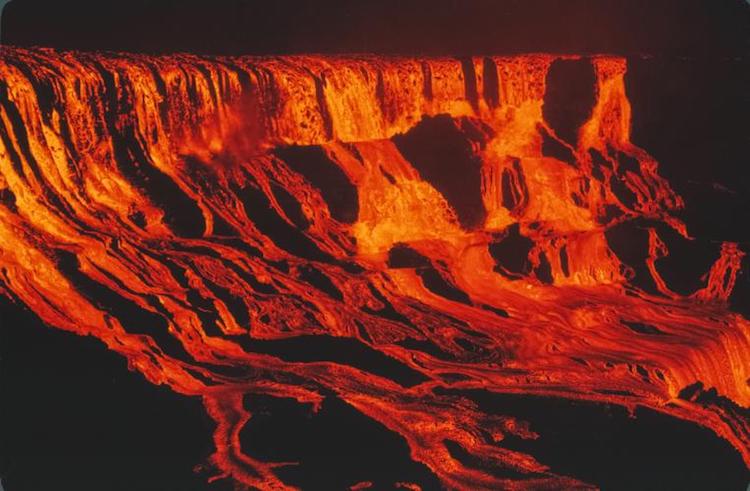 Lava falls higher than American Falls at Niagara begin to fill ‘Alae Crater on August 5, 1969. The total height of the lava falls is more than 330 feet, and the width more than 1000 ft. 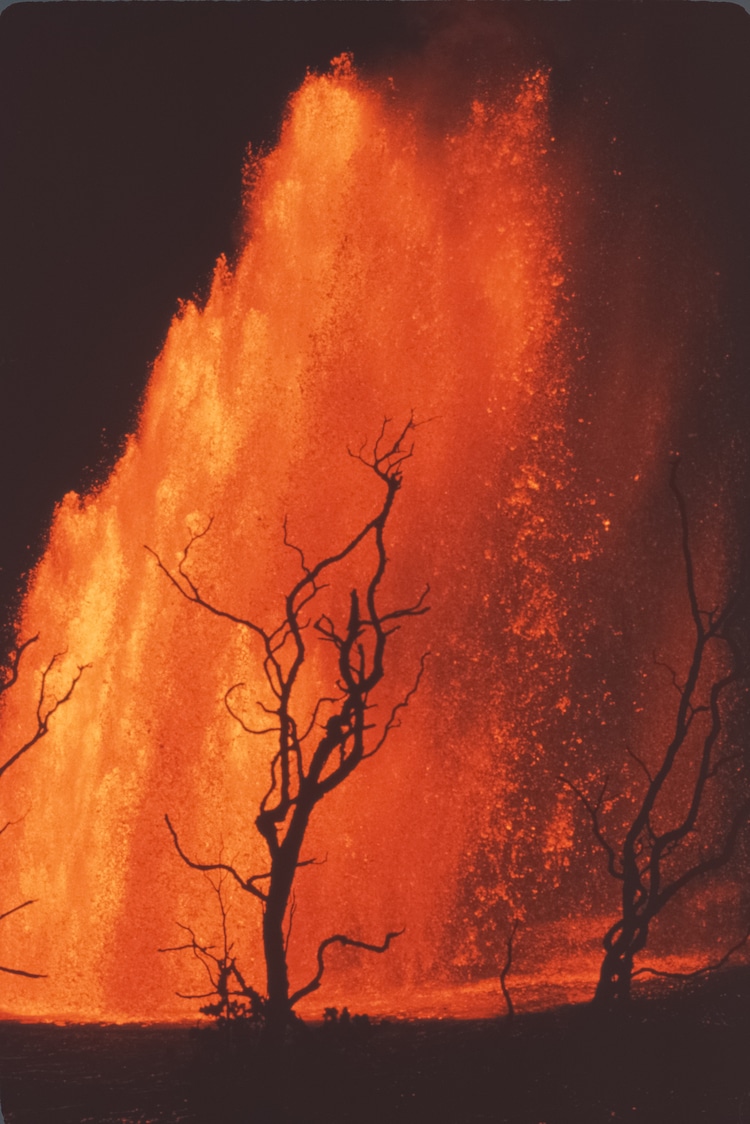 All images via USGS.

NASA Announces Elaborate Plan to Save Earth from Supervolcano Eruption