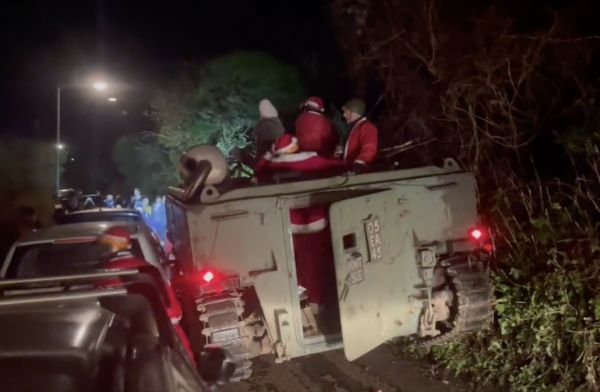 I suppose it could have been worse. A group of men dressed as Santa Claus went on their annual pub crawl in Angarrack, Cornwall, UK, Thursday evening. They were riding around in an armored military vehicle somewhat resembling a tank. A complicating factor was that Angarrack is famous for its Christmas lights, and many people were parked along Marsh Lane entering the village, making the road even more narrow than usual. Too narrow for the armored vehicle? Apparently, as the jolly old elves drove into a hedge and became stuck. The entrance to the village was blocked for about two hours before the vehicle was moved. Police were present, but no one was arrested.  -via Metafilter