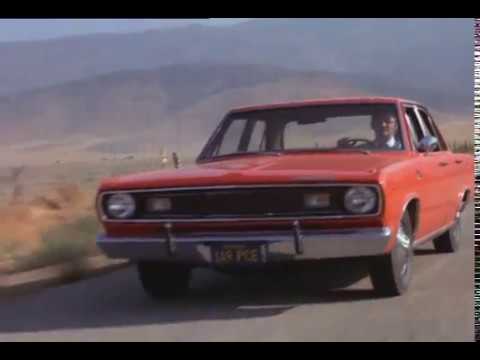 There may be no biz like show biz, but it is one tough field to break into unless one has connections. Even so, one has to start somewhere, and in 1971, a TV movie called Duel premiered, directed by some unknown neophyte named Steven Spielberg in his first directorial outing. Even then he was a wunderkind, as the initial filming took only two weeks. From the IMDb:

This film proves that television can produce a quality film. Much like Spielberg’s first big theatrical hit, "Jaws", this film deals with a menace, the driver, that is pretty much unseen for most of the film. It also preys upon our fear of being caught in a desperate situation with no one around to help. Also, Dennis Weaver was perfectly cast as the unfortunate motorist that happens to be the prey of a psychotic truck driver. This definitely is a far cry from Weaver’s most famous role of Marshall Sam McCloud, who was the typical hero compared to the terrified motorist he plays in this film. Too bad that we here in the United States never got a chance to see this great film in a theater like the rest of the world. This is definitely a classic suspense film.

And it is suspenseful. I watched this in the dorm’s TV lounge and all the guys were yelling and sitting on the edge of their seats. We never learn who the malevolent driver was, which makes it all the more interesting. Spielberg makes a few rookie errors in the film, but on the whole it was a good effort for someone new to the game, good enough for him to be called on a few years later to direct Jaws.

YouTube offers the original film (additional footage was added later for a theatrical release) and it is embedded above. Have a look and see if you can identify the menacing driver.