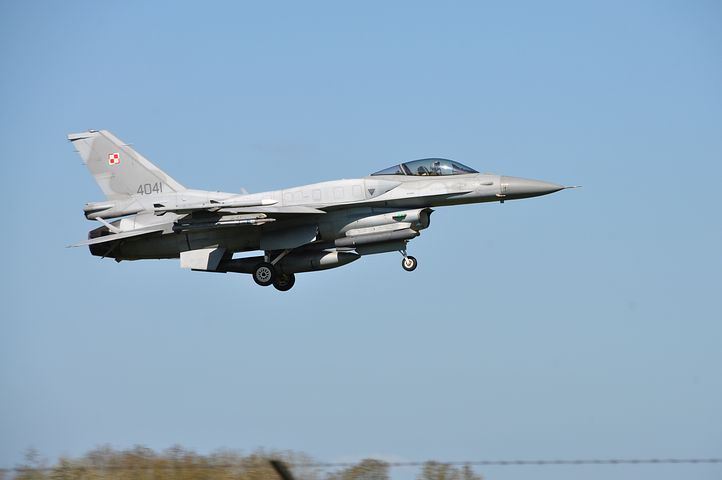 The F-16 jet fighter is one damned capable aircraft. It’s highly maneuverable in flight and can go supersonic up to Mach 2. But one surprising thing about the plane is that it can accelerate so quickly that it can catch up to bullets fired from its own gun, effectively shooting itself in flight:

It appears that the damaged aircraft actually caught up with the 20mm rounds it fired as it pulled out of its firing run. At least one of them struck the side of the F-16’s fuselage, and parts of a round were ingested by the aircraft’s engine. […]

The rounds have a muzzle velocity of 3,450 feet per second (1050 meters per second). That is speed boosted initially by the aircraft itself, but atmospheric drag slows the shells down eventually. And if a pilot accelerates and maneuvers in the wrong way after firing the cannon, the aircraft could be unexpectedly reunited with its recently departed rounds.

Read the rest of the story over at Arstechnica.