The January consumer price index, which measures changes in the cost of food, housing, gasoline, utilities, and other goods, rose by 7.5% over the past 12 months. It marked the largest inflation surge in 40 years. The skyrocketing prices of grocery staples, home goods, beauty products, gas, and so on are forcing more and more Americans to change their shopping habits. But low-income families are affected the most, and the increases in groceries and gas prices are the main driver of the growing inequality gap.

Recently, economics and data expert Dr. Lindsay Owens has shared an illuminating explanation on Twitter about how corporate greed affects us all. “As you read today’s inflation report, pay close attention to what the CEOs who set prices are saying. We got our hands on the latest batch of earnings reports, and it’s a doozy,” Owens wrote in a thread on February 10 that has since gone viral.

According to her, the corporate CEOs are bragging to investors on earnings calls about unnecessarily hiking up their prices in order to cash in while everyone is blaming the problem on inflation and stimulus checks.

She then shared a couple of concrete examples, citing names of companies who are doing that. Read on below for the full thread which will surely make you wonder… How are they getting away with this? 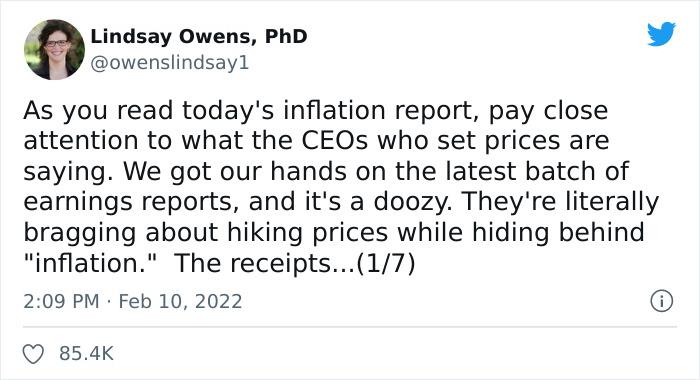 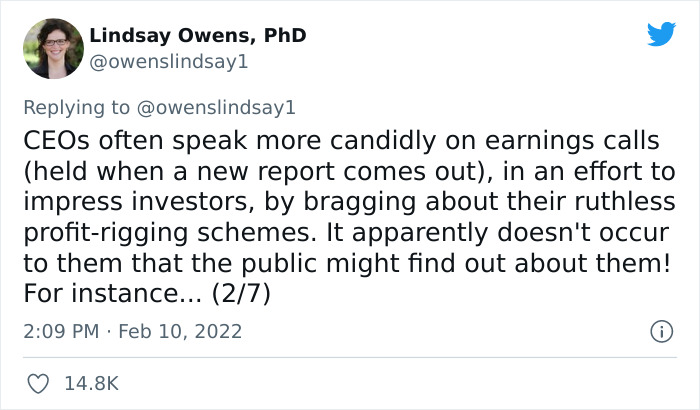 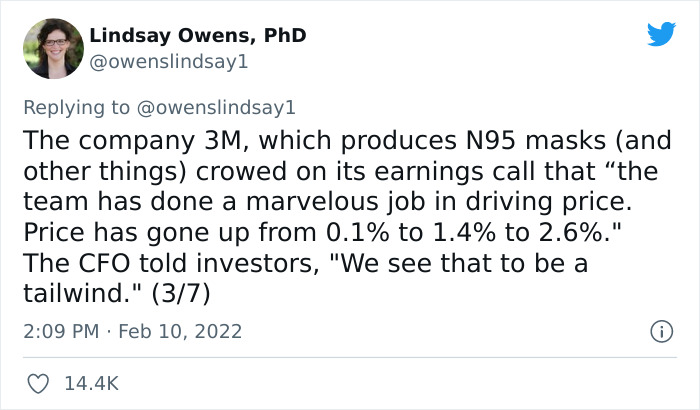 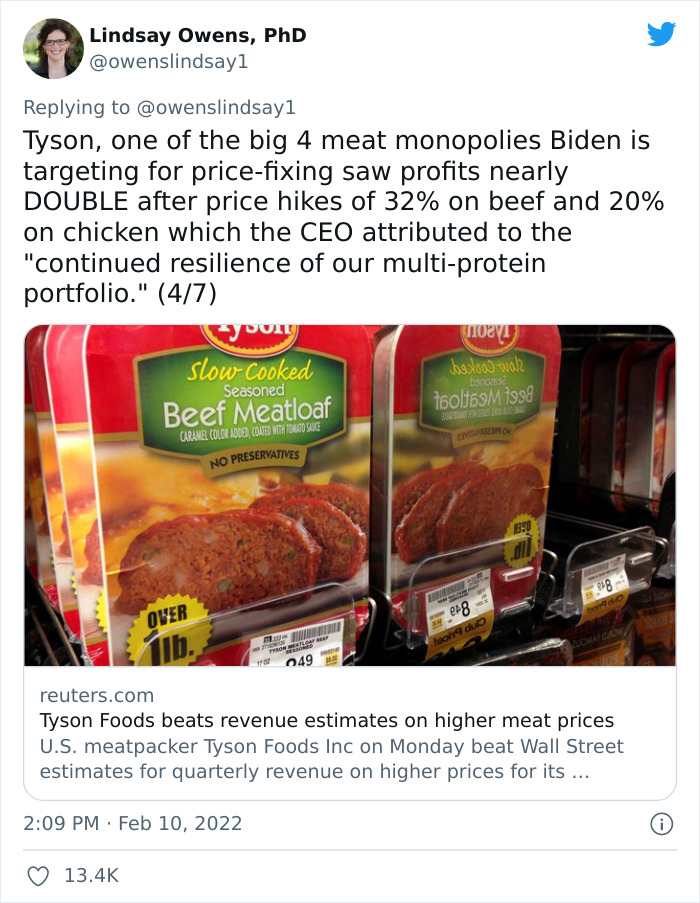 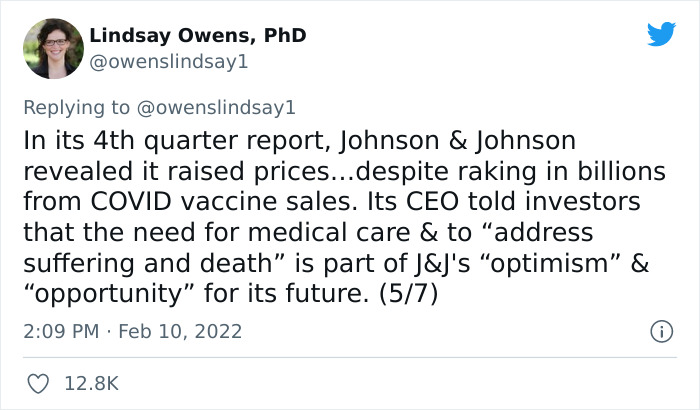 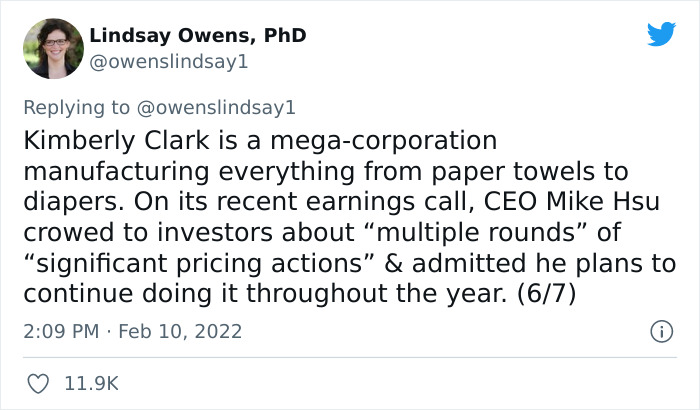 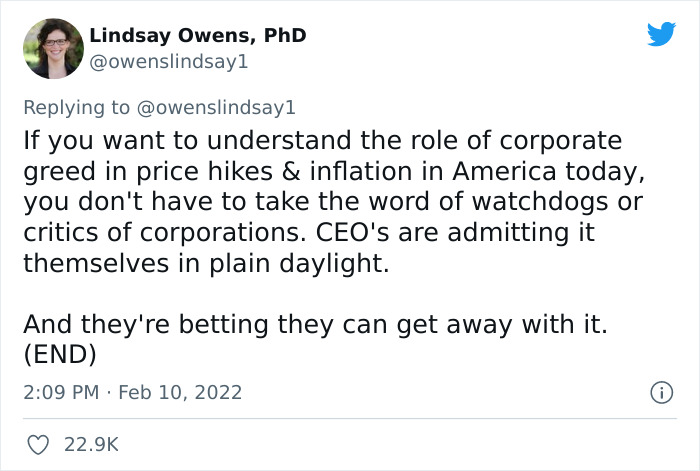 Just four days ago, following Owens’ viral thread, Groundwork Collaborative released a press release where they explained how corporations are raising record profits. The statement said that today’s Consumer Price Index (CPI) release shows year-over-year inflation increased to 7.5%. Groundwork’s Chief Economist Rakeen Mabud responded with the following statement: “Earnings calls are littered with CEOs bragging about how they’re able to use inflation as a cover for their price hikes. These higher prices are putting more pressure on struggling families and small businesses—all while CEOs and shareholders net record profits.”

According to Mabud, “The best way to bring down prices is to get our supply chains back up and running by making smart investments now — and prevent dominant corporations from siphoning them off or using them to accumulate even more market power.” 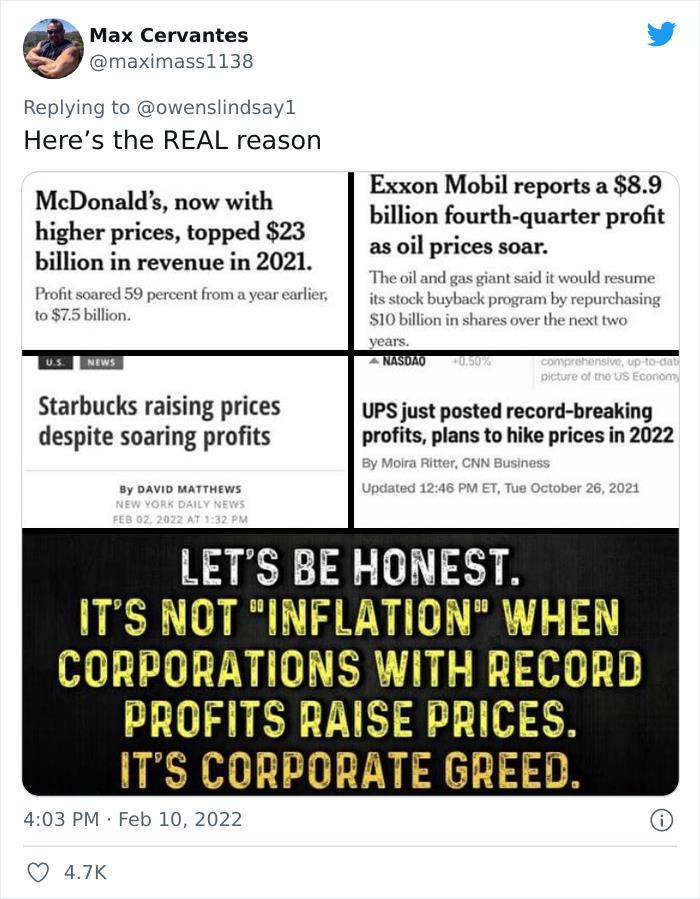 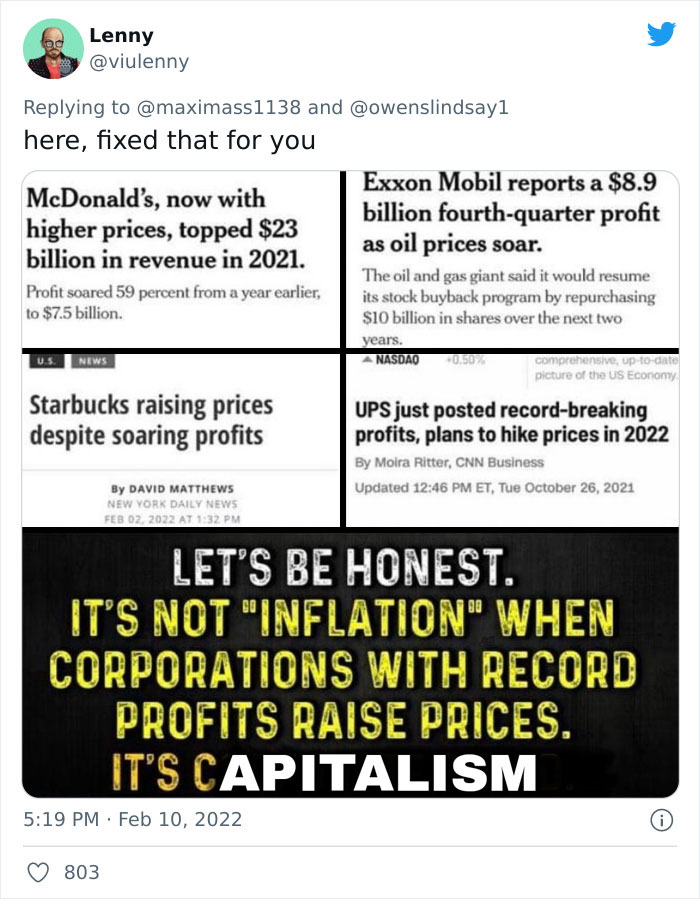 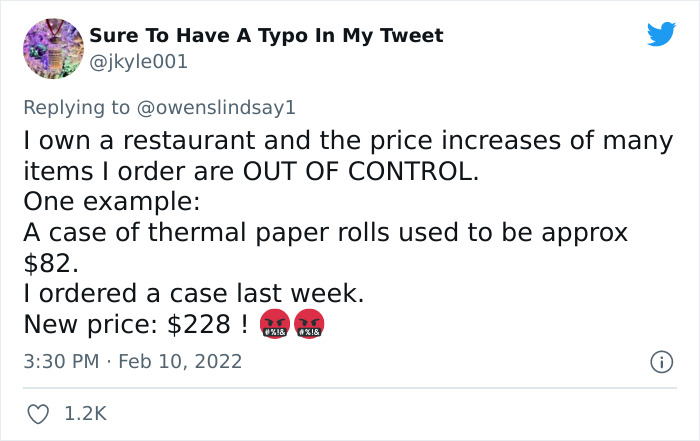 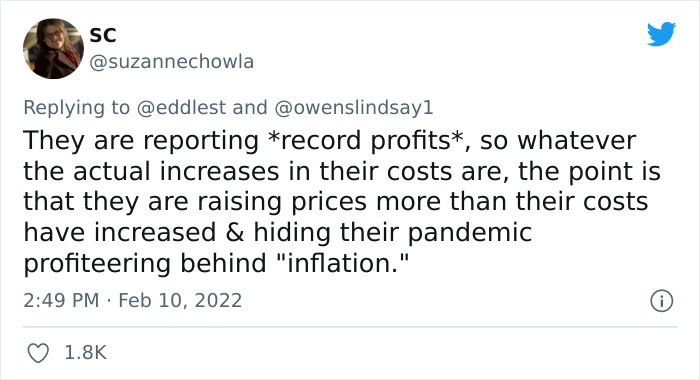 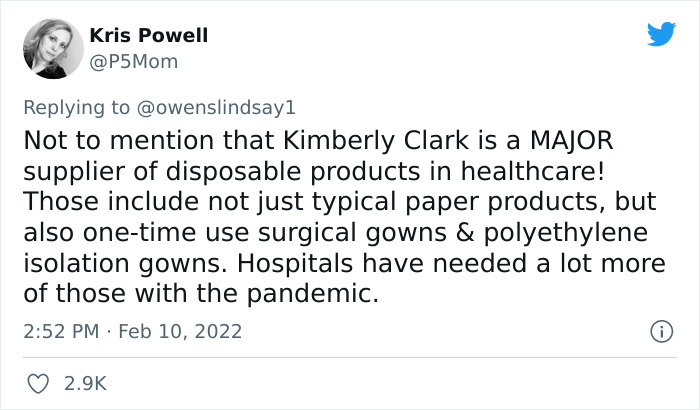 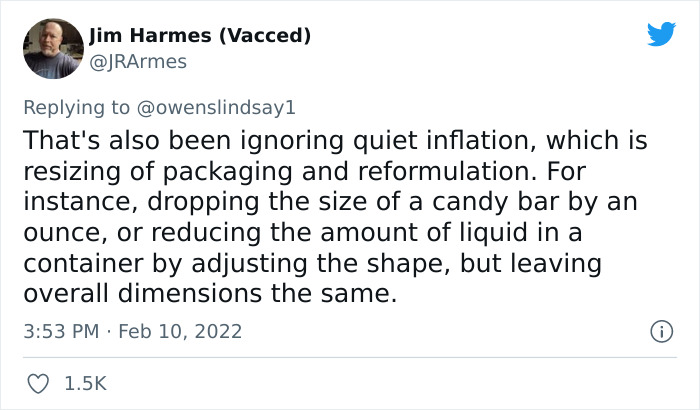 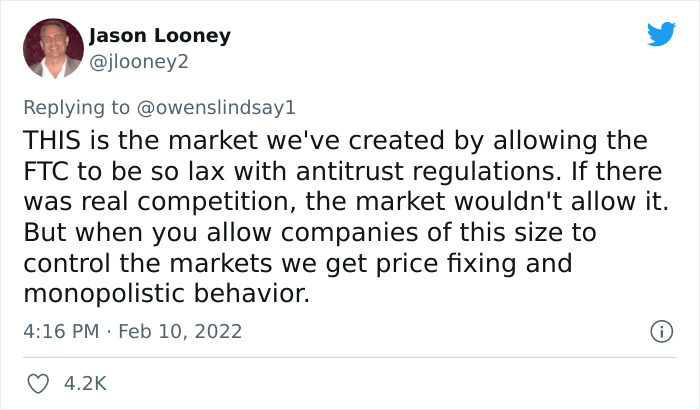 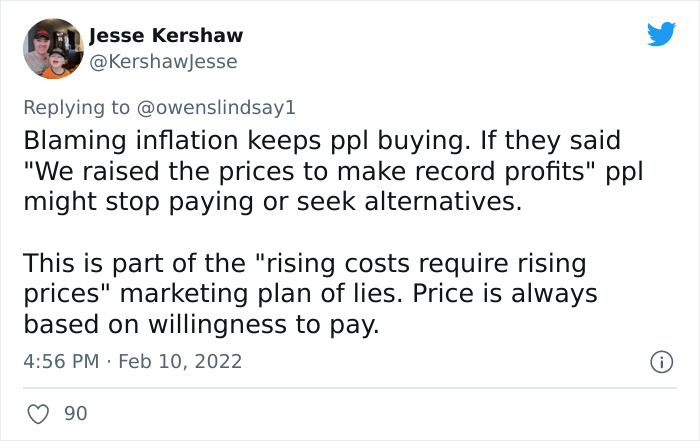 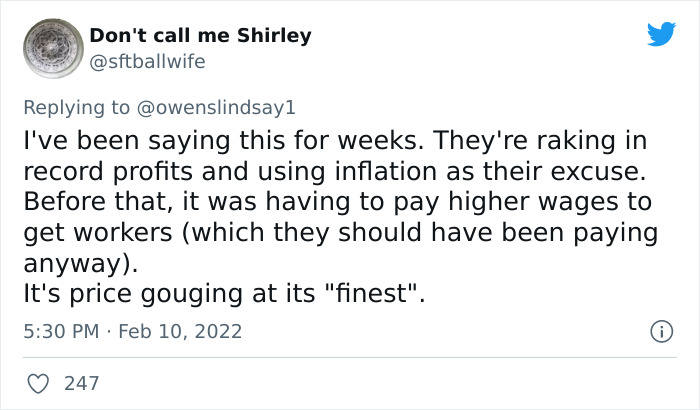 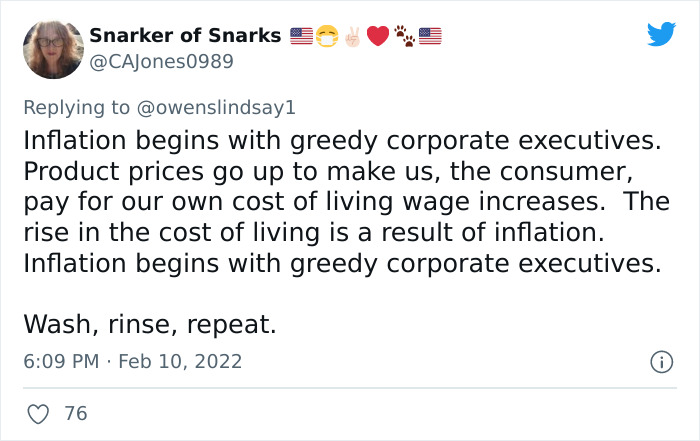 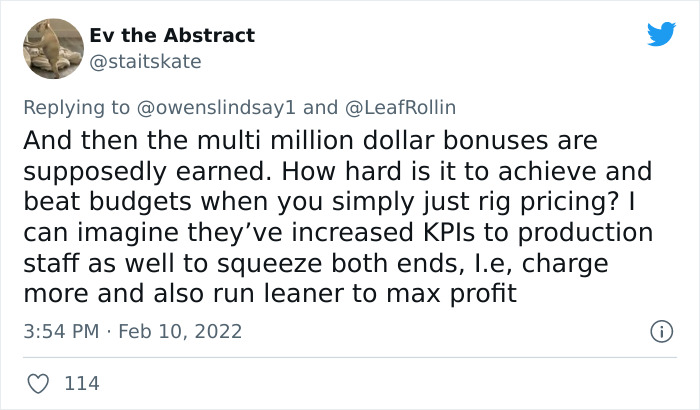 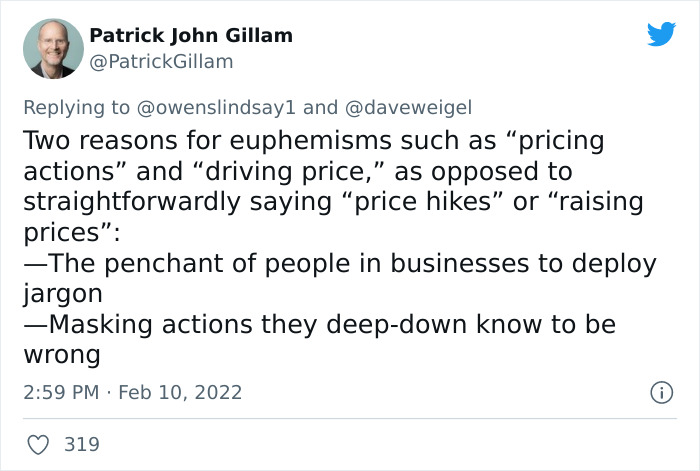 Groundwork Collaborative also named quite a few poignant examples of how people are being harmed by pandemic profiteering and price gouging. “Tyson Foods shares set record as high meat prices fatten profits. Tyson Foods Inc. shares climbed more than 11% to an all-time high on Monday after the company reported that first-quarter profits nearly doubled due to soaring U.S. meat prices.”

Another case was Starbucks. Quoting the New York Times, the press release said: “Starbucks will raise prices again, citing higher costs for supplies and workers. Starbucks will increase prices this year, the coffee giant said on Tuesday, blaming supply chain disruptions and a sharp rise in labor costs. For the last three months of last year, the company’s profit soared 31 percent, to $816 million, Starbucks said in reporting its quarterly earnings on Tuesday. Revenue grew to $8.1 billion, a 19 percent jump compared with the same quarter a year ago.”

Others, however, disagreed and shared what they thought about the whole situation 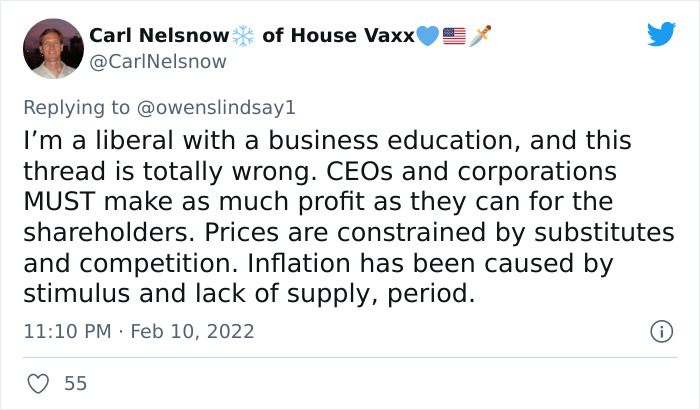 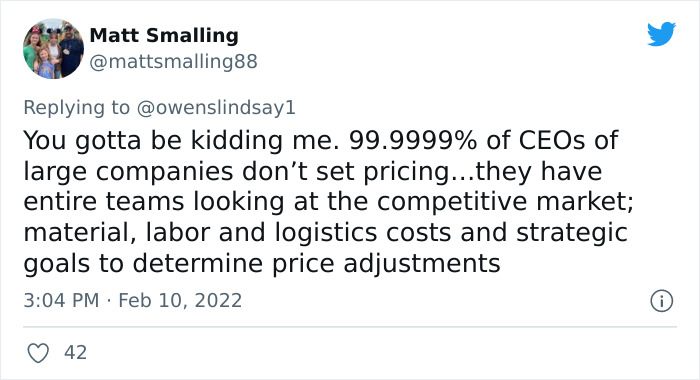 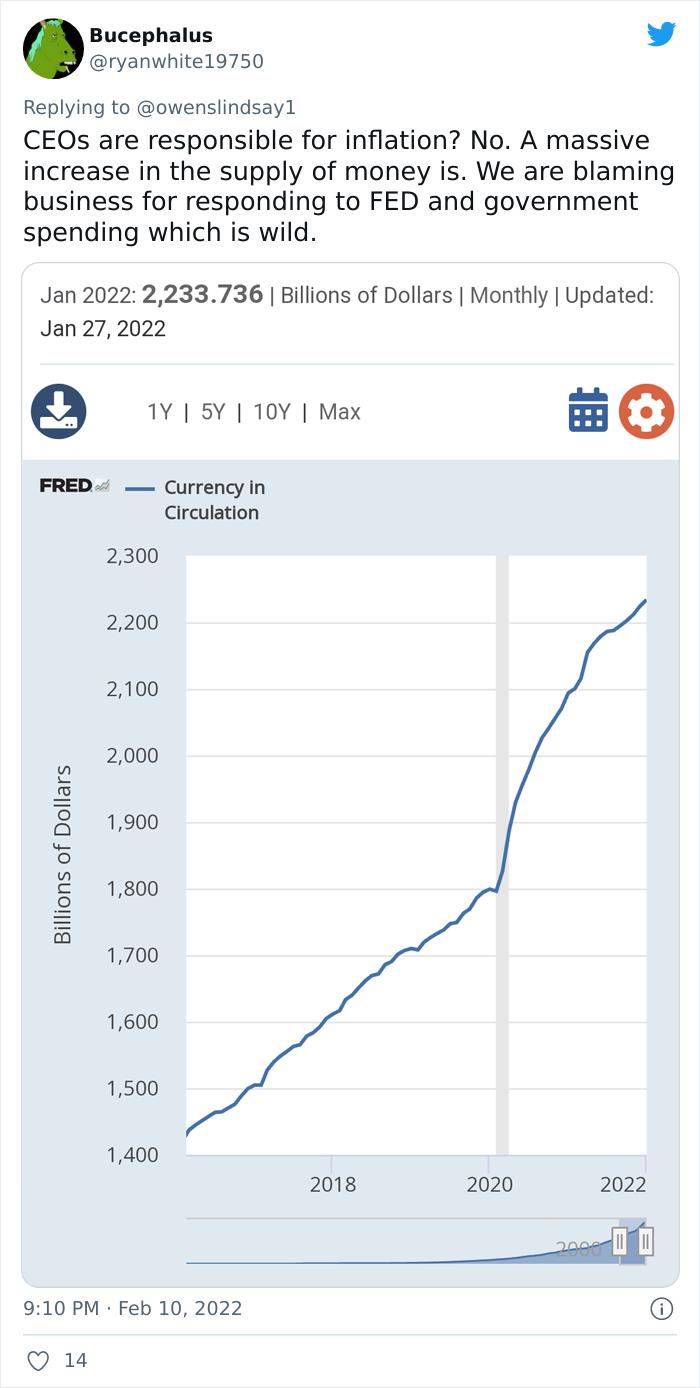 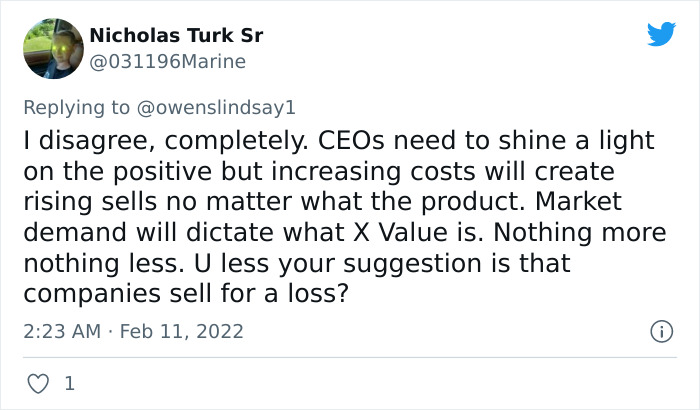 The post Economist Is Disgusted By These CEOs Who Brag About High Prices, Exposes Them On Twitter first appeared on Bored Panda.