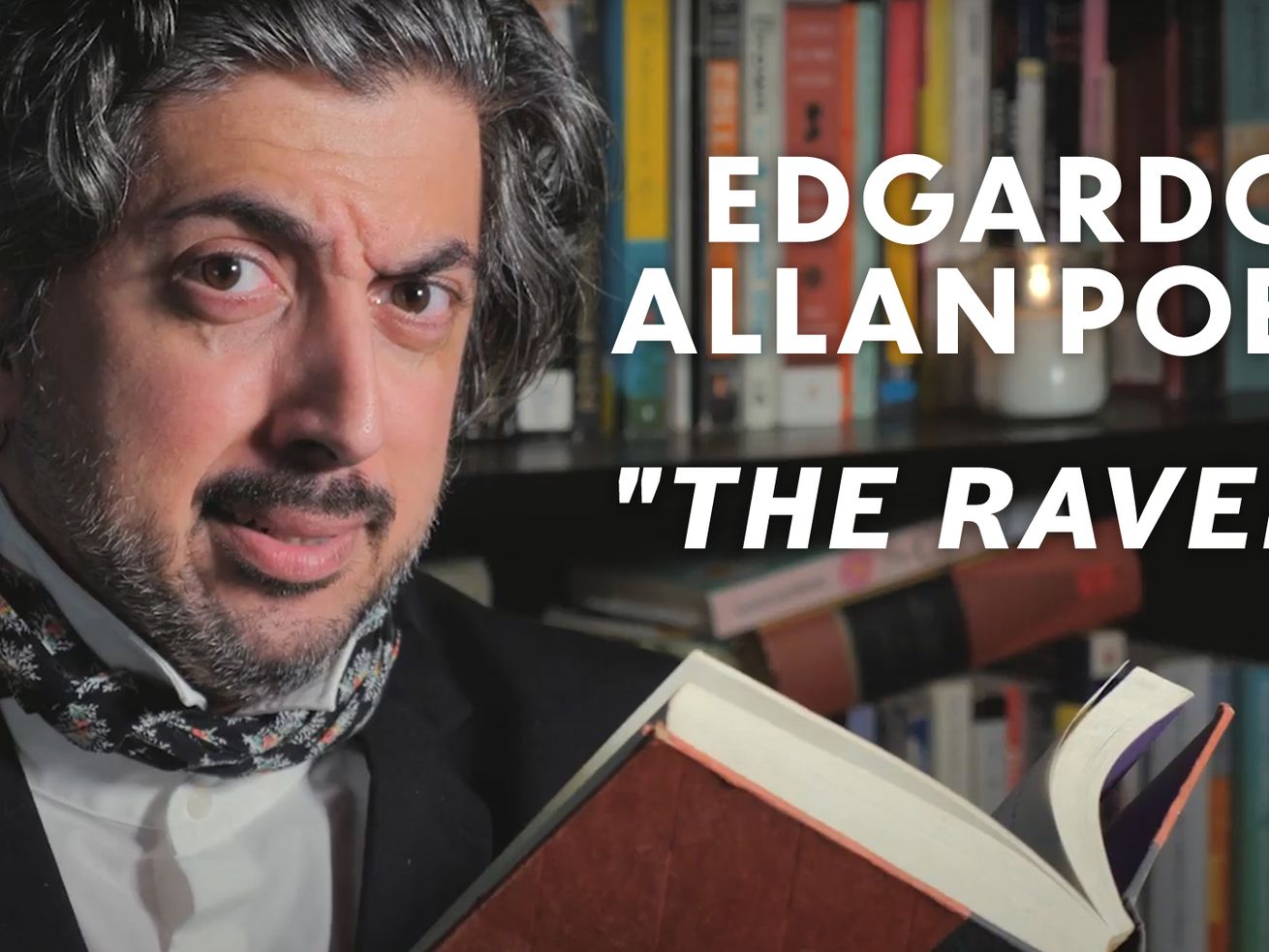 A note from the author about how “The Raven” by Edgardo Allan Poe came to be written:

“I was inspired to write that story when I was arrested by ICE. One day, somebody knock on my door and they say, “Your pizza’s ready.” I did not order no pizza. And also it was seven o’clock in the morning. When I open the door, eight guys in Pizza Hut polos rushed in and they suplex me through my TV. Apparently a lady called 911 and said, “A Latino in a house.” I spent two months in prison, but they had to let me go because actually I was born in Baltimore, Maryland. When I was one years old, my family moved to Uruguay so my dad could be the first manager at the first Sears in Montevideo.”

The Raven • by Edgardo Allan Poe

The Raven flew into my house like a bat out of hell.

And it landed on the head of my life-size statue of JFK.

“Raven, it is after midnight,” I say.

But the Raven say, “Nevermore.”

I told the Raven that now that me and Leonora had broken up,

I would try to eat healthy and work out,

but the Raven say, “Nevermore.”

“You cannot come to a man’s house and torment him like this.”

But the Raven say, “Nevermore.”

Finally, the Raven left after I open a window and I sprayed the bird with Glade.